Don't expect a turnaround in AT&T's (NYSE:T) TV subscriber count anytime soon. After losing 1.3 million subscribers over the past two quarters, AT&T CEO Randall Stephenson said the losses will continue through the end of the year as it's "cleaning up" the subscriber base.

Stephenson is referring to the number of customers on promotional DIRECTV and DIRECTV Now deals that the company can't make a profit on. "We have a number of customers on our rolls that are very low-ARPU customers, and we don't see any line of sight to getting them to a profitable level," he said at an investors' conference. ARPU refers to average revenue per user.

AT&T's made several moves recently to improve the profitability of its video services, including significantly restructuring of its DIRECTV Now packages. AT&T's video business faces considerable pressure from virtual pay-TV providers such as Disney's (NYSE:DIS) Hulu with Live TV, as well as new subscription-video-on-demand services.

Getting rid of unprofitable subscribers won't allow AT&T to grow the business for the long term. Here's what AT&T has planned to actually grow and what it means for the rest of the industry. 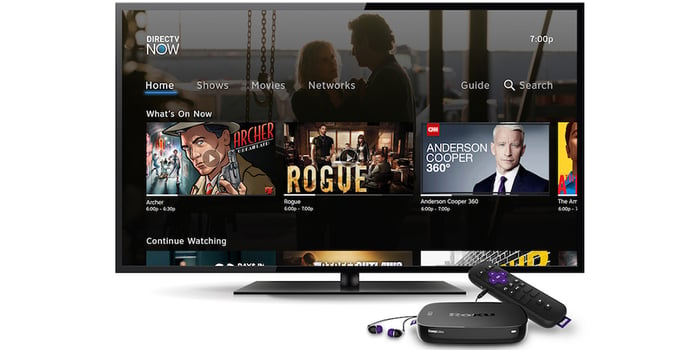 AT&T doesn't have much room to increase the ARPU of its premium TV services. In fact, ARPU has declined over the last couple years as consumers become more price conscious and find additional television options for less.

AT&T will face resistance if it tries to increase pricing on consumers, just as it did earlier this year for DIRECTV Now. It's no surprise AT&T has seen subscribers on DIRECTV Now drop considerably over the past two quarters. Following March's price increase, investors should expect another drop in subscribers for the second quarter.

There are certainly some subscribers willing to pay a premium price for television, and that's the market AT&T is catering toward. But as the largest pay-TV provider in the United States, it has a lot to lose by not catering to customers who want something more affordable. As such, it's focusing on lowering costs.

That could mean focusing on skinnier bundles of networks, which becomes increasingly difficult with industry consolidation in the television media industry. But Stephenson sees strong potential in the company's forthcoming thin client, which will replace its satellite installation. "The lion's share of our video over the next couple of years will be this thin client," he said. "It's going to take your subscriber acquisition costs, cuts them in half, and it actually changes the profitability." He says the thin client will enable AT&T to offer lower prices but remain profitable.

He expects the thin client to launch in the fourth quarter.

Who's taking all of AT&T's unprofitable subscribers?

As AT&T sheds unprofitable customers, they're likely to seek out alternative video services. Competing virtual pay-TV providers are likely to benefit the most in terms of subscribers, including Hulu with Live TV and YouTube TV from Alphabet's (NASDAQ:GOOG) (NASDAQ:GOOGL) Google.

Both companies seemingly operate their TV services at a loss but have been able to keep their prices relatively low for the value they offer. YouTube TV costs $50 per month, and Hulu Live costs $45 per month. By comparison, AT&T's DIRECTV Now also charges $50 per month, but it includes considerably less than the packages offered by Hulu and YouTube in terms of both content and features.

Hulu, in particular, is positioned to operate its live TV service at a loss because of the value it gets out of bundling its on-demand platform with the service. Hulu generates about $9 per ad-supported video-on-demand subscriber in advertising revenue each month. It says 50% of Live TV subscribers' viewing is on-demand or recorded television. So it's supplementing the price of its service with a strong source of ad revenue, enabling it to absorb losses.

Hulu is probably going to win over a lot of price-conscious consumers as they leave AT&T and build on the success it had last year.