These companies may not be household names today, but they could be soon.

U.S.-based companies get most of investors' attention these days, but that doesn't mean international companies don't have a lot to offer. The U.S. imports a lot of foreign products, and even tech companies are starting overseas before they set up shop in the U.S.

We asked three of our contributors for their top international companies whose products and services you may be using sooner than you think, and InterContinental Hotels (IHG -1.62%), Huya (HUYA -5.12%), and Canadian Solar (CSIQ 0.74%) were at the top of the list. Here's why you may want to get to know these companies and their stocks. 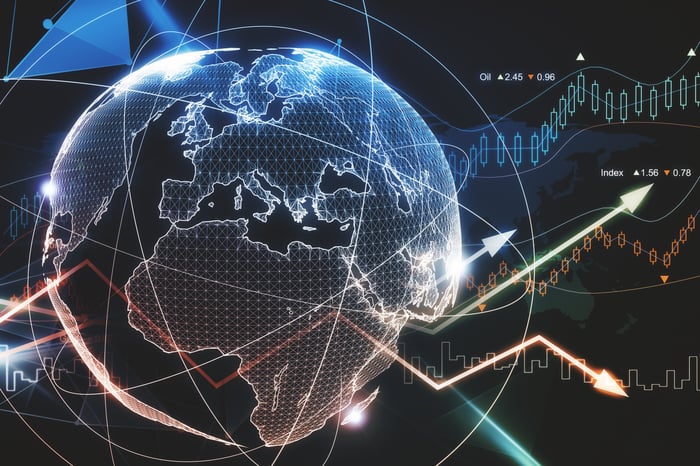 Todd Campbell (InterContinental Hotels): Planning to travel this year? If so, then you could very well wind up staying at one of InterContinental's hotels. A U.K.-based company, it franchises, leases, or manages more than 5,600 hotels worldwide, including well-known brands like Intercontinental, a luxury brand, Crowne Plaza, an upscale brand, and the Holiday Inn family of brands.

It's a good business to be in.

An older, longer-living, and wealthier population in developed markets supports travel spending, as do economic advances in emerging markets such as China, where the company operates more than 400 hotels.

Importantly, InterContinental's asset-light strategy means it gets exposure to these demographic tailwinds without the expenses associated with other leisure companies. This has helped it not only grow rooms more quickly but also return more money to investors via dividends.

The number of rooms in its portfolio has increased at a compounded 2.1% rate since 2014, and as a result, its gross revenue has grown 20.2% over the period. That's allowed it to increase its dividend payout by a compounded 11% annually over the past 16 years. About 95% of its profit comes from fee business, and 80% of its fee revenue is tied to hotel revenue, so its financials benefit nicely from travel growth associated with an improving global economy. InterContinental's pipeline could add 279,000 rooms to its existing 843,000 rooms, providing it plenty of fuel for additional dividend increases in the future.

The "Twitch of China" is headed to the U.S.

Leo Sun (Huya): Huya is often called the "Twitch of China," since it's a similar video game-streaming platform that attracts esports enthusiasts. The company went public last May and subsequently delivered triple-digit sales growth throughout 2018.

Its growth decelerated slightly in the first quarter of 2019, with 93% sales growth and 94% non-GAAP earnings growth, but those are still massive growth rates for a stock that trades at about 25 times forward earnings.

Huya is also backed by Tencent (TCEHY -0.55%), the largest video game publisher in the world. Tencent's massive portfolio of games includes League of Legends, PUBG Mobile, Clash of Clans, and a big stake in Epic Games, the maker of Fortnite -- and it could leverage those games to promote Huya across the U.S. with esports events.

Twitch is still the dominant game-streaming platform in the U.S., with more than 15 million unique daily visitors and more than 2.2 million broadcasters. However, Huya's expansion into the U.S. might lure away some of those viewers and give the Chinese video platform a foothold in the American market.

The solar company with a growing footprint

Travis Hoium (Canadian Solar): Solar energy is the fastest-growing source of new electricity in the world, and it's disrupting everything from coal and natural gas power plants to nuclear energy. You may not be familiar with solar energy or a manufacturer like Canadian Solar today, but you probably will be in the near future.

The U.S. just passed 2 million solar installations, 96% of which are on homes across the country. In the next four years, analysts predict another 2 million installations will be completed. As one of the largest solar manufacturers in the world, Canadian Solar will likely supply a lot of the solar panels being installed.

Like most solar companies, Canadian Solar has a lot of debt and makes very little profit. But $735 million of the debt that you see below is associated with solar power projects, which management says are worth $1.2 billion. 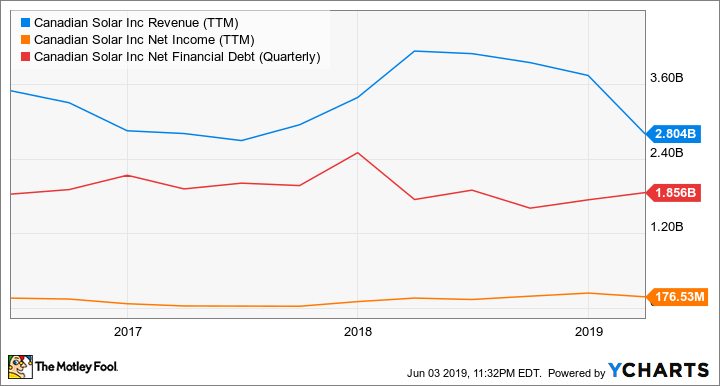 Canadian Solar isn't out its risk given the ups and downs of solar manufacturing. But the fact that it's one of the largest solar manufacturers in the world, is profitable, and has a large project development arm means it not only makes products you'll use, whether you know it or not, but it's also a good long-term buy for investors.

These international giants are coming

From hotels to tech to solar energy, there are innovations happening all over the world. Even if you don't leave home, these companies may eventually be a part of your everyday life, which is why they're worth considering for your portfolio.

The 2 Best Dividend Stocks in the Hotel Industry