After the bell Tuesday, AeroVironment reported fiscal fourth-quarter revenue of $87.9 million, which beat expectations by $5 million but was down 23% year over year. Net income, at $5.7 million, was down nearly two-thirds from year-ago levels. The company earned $0.26 per share, matching expectations.

The company's service revenue was flat year over year, but product sales dropped by more than $25 million. The higher mix of service revenue also led to lower margins, down 3 percentage points to 42%. 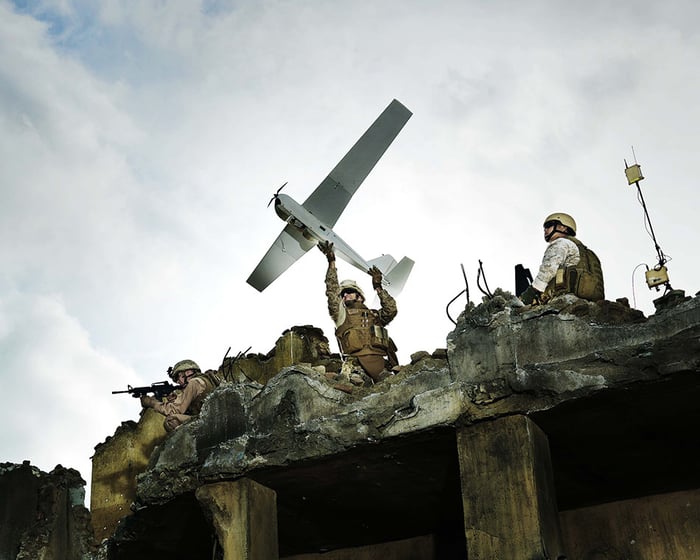 Following the results, Canaccord's Ken Herbert dropped his price target to $80 from $86, saying difficult year-over-year comps will continue to be a headwind for the shares. He did keep his buy rating, however.

Peter Arment at Baird dropped his price target to $65 from $83, and kept his neutral rating in place. Arment called the guidance "conservative," and worried about the unfavorable product mix driving revenue.

Drones are coming of age for both military and civilian applications, and AeroVironment offers a lot to be excited about. The issue is turning that potential into reality. Shares have lost about half their value since last September. But they're priced at more than 22 times earnings even after Wednesday's fall, so investors are still expecting great things.

There's still reason for optimism that the payoff on its potential will happen eventually, but Tuesday's results are an indication the company won't reach that destination anytime soon.