Please ensure Javascript is enabled for purposes of website accessibility
Free Article Join Over 1 Million Premium Members And Get More In-Depth Stock Guidance and Research
By Dan Caplinger - Jul 3, 2019 at 8:04AM

Investors' sentiment has gone from despair to hope in 2019, and the markets have had huge gains, but a lot of uncertainty remains.

This year has been a nice surprise for investors thus far, especially given how pessimistic most market participants were coming into 2019. When 2018 closed with a big decline for major stock indexes, fears of a global recession and rising geopolitical and macroeconomic conflict threatened to end the decade-long bull market in U.S. stocks.

Yet just six months later, investors' attitudes about the market have made a complete 180-degree turn. Stock markets are near record highs, and many expect to get support from Washington and the Federal Reserve in the months to come. 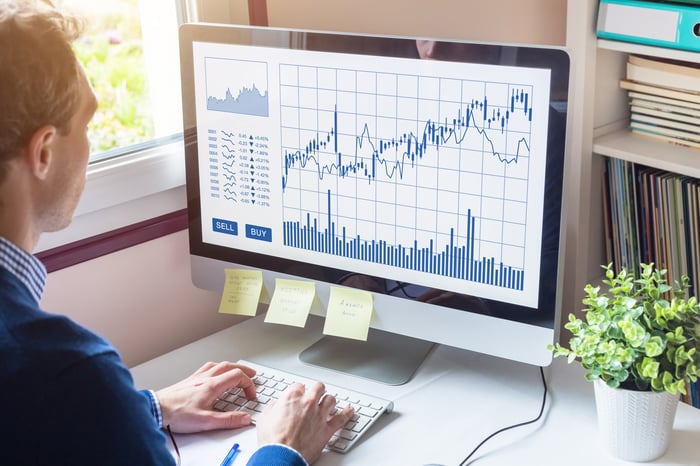 What a difference half a year makes!

2018 was a disappointing year for investors. The S&P 500 Index ( ^GSPC -1.18% ) finished the year down more than 4% even after taking dividend income into account, and the Dow Jones Industrial Average ( ^DJI ) closed the year with a more-than-3% drop in total return terms. The showing marked the worst performance for major stock indexes in a decade and it came largely because of the swoon that hit the markets during the month of December, which was the worst closing month for the two benchmarks since the Great Depression in the 1930s.

Yet markets have turned around dramatically during the first half of 2019. The S&P 500 is up 18% so far for the year, and the Dow has brought investors nearly a 15% gain. That's the best performance for the first six months of the year since the bull market of the late 1990s.

What's also interesting is how many other markets have seen huge gains:

Put all that together, and it's been hard for investors to lose money so far this year.

Uncertainty on many fronts

As exuberant as many financial markets have been so far this year, it's not as though there isn't any risk left in the world.

Trade tensions remain between the U.S. and several key trading partners across the globe. Even though the G-20 meeting that concluded over the weekend brought a commitment between the U.S. and China to resume trade negotiations along with temporary reprieve from additional tariffs, numerous major issues remain for the two nations to hammer out before they can reach any full permanent agreement.

On the macroeconomic front, the bond market whipsawed over the past six months as the Federal Reserve abruptly shifted its intended path for interest rates. Late last year, many believed that the central bank would keep raising rates, even if it was at a slightly slower pace. Instead, the threat of an economic reversal toward recession led the Fed to avoid making further rate hikes, and bond market participants are now counting on rate cuts in the near future to keep any slowdown from reaching problematic proportions.

Most importantly, the ways that different markets are reacting to the current situation aren't consistent with each other. Many tie the gains in gold and bitcoin to increased demand for safe-haven investment assets that can act as a store of value even if stocks and bonds come under pressure. Bonds are rising because investors are increasingly skeptical of the ability for the economy to keep expanding, yet the gains in stocks suggest that growth opportunities are still available in the business world.

Many fear that at some point, some of these markets will have to decouple from each other -- and the big question is which one will start to fall first.

For long-term investors, what will happen in the second half of 2019 is no more important than what happened in the first half. Markets will inevitably rise and fall, but over the long haul, the ingenuity and innovation of business entrepreneurs has made the stock market a winning bet. With so many companies still leading the way higher, there's no reason to expect that historical fact to stop being true during the rest of this year or further into the future.