Please ensure Javascript is enabled for purposes of website accessibility
Log In Help Join The Motley Fool
Free Article Join Over 1 Million Premium Members And Get More In-Depth Stock Guidance and Research
By Scott Levine – Updated Aug 19, 2019 at 8:40AM

Profitability continues to remain elusive, but there were numerous achievements in the quarter.

The headline figures from Bloom Energy's (BE -6.16%) Q2 earnings report provided investors with plenty to celebrate -- at first. The company reported revenue of $233.8 million, 12.4% higher than analysts' expectations, and an adjusted loss per share of $0.13, narrower than the $0.16 loss analysts were expecting. The report came out Aug. 12. Shares rose about 15% in the after-hours trading session that day, but the excitement didn't last long.

Despite the company's success in setting new high-water marks for acceptances and revenue, investors found their enthusiasm waning, and shares as of this writing are now down 36% since it reported earnings. 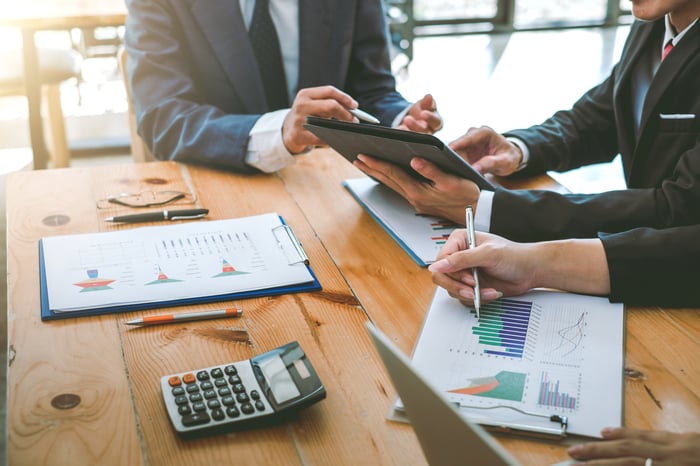 1. One broken record begets another

Consistent with management's expectations, Bloom Energy reported 271 acceptances in the second quarter, representing a 50% year-over-year increase. Besides representing a company record for the quarter, the acceptances indicate Bloom Energy's success in expanding into different markets. Whereas five industries accounted for the 235 acceptances in Q1, Bloom Energy reported that its customers represented eight industries in the second quarter. Addressing the diversity of its customer base in its letter to shareholders, management noted that the company's "momentum in core healthcare, retail, and data center sectors continued, and we saw new acceptances in the tech, telecommunications, utility, food and beverage, media, hospitality, and education sectors."

Unsurprisingly, the record number of acceptances in the quarter helped the company grow revenue 38.4% over Q2 2018, resulting in a quarterly record for sales. The top-line figure, however, comes with a bit of an asterisk. Of the $233.8 million in revenue, about $41 million came from an investment by Southern Power, a subsidiary of Southern Company, to upgrade Bloom Energy Servers at two sites in Delaware. Subtracting that investment from the top line, investors found that the company's revenue increased only 14.4% compared with the same period last year.

Despite the company's recent performance, the consistent generation of positive operational cash flow is far from a certainty. In 2018, for example, the company reported negative operating cash flow of $58.4 million. Management, nonetheless, seems optimistic about the remainder of the year. On the company's Q2 conference call, Randy Furr, Bloom Energy's CFO, revealed management's expectation that the company will be "cash flow positive in the second half of 2019."

While management appears encouraged by the company's prospects in the next two quarters, its forecast for 2020 seems less auspicious. Based on the orders received in the first half of 2019, management expects acceptances to grow by about 30% compared with what it expects for 2019. The problem, however, is that because of the anticipated customer mix, management expects the average selling prices to drop enough that the company will recognize flat revenue growth for the year. Management attributes the lack of top-line growth to a need to reduce prices for its systems as it contends with "political headwinds around renewables and natural gas policies [that] are creating confusion for our customers and in some cases, delaying purchasing decisions."

Although the forecast may have dampened investors' hopes for the company's continued growth in the year ahead, management stated that it doesn't expect the presumed headwinds to affect the company's cash flow, as it expects to "be cash flow-neutral to slightly cash flow-profitable in 2020."

The final word for this fuel-cell specialist

Breaking several company records, Bloom Energy appeared to have booked a strong quarter despite the sell-off that followed the company's report. Although the headwinds management sees on the horizon are undesirable, they don't seem to be insurmountable. Nonetheless, investors can monitor both the company's acceptances and cash flow in the coming quarters to confirm that Bloom Energy remains headed in the right direction.