Please ensure Javascript is enabled for purposes of website accessibility
Log In Help Join The Motley Fool
Free Article Join Over 1 Million Premium Members And Get More In-Depth Stock Guidance and Research
By Leo Sun - Oct 16, 2019 at 9:33AM

Investors should take a contrarian view of this heavily shorted stock as it still has the potential to deliver.

Grubhub (GRUB) lost nearly 30% of its value this year as concerns about the meal delivery company's slowing growth and rising expenses piled up. Yet most analysts still remain either bullish or neutral on Grubhub, with only one major analyst slapping the stock with a "sell" rating.

However, several Wall Street firms recently trimmed their price targets on the stock, currently trading around $56 a share. In late September, Guggenheim cut Grubhub's price target from $110 to $72 and removed it from its "Best Ideas" list, but maintained its "buy" rating on the stock.

In mid-October, Morgan Stanley cut its price target from $68 to $59, while Barclays reduced its price target from $62 to $51. Morgan Stanley maintains an "equal weight" rating on the stock, while Barclays maintains an "underweight" rating. Short-seller Jim Chanos, who famously bet against Enron, also recently disclosed a short position in Grubhub.

In addition, nearly 30% of Grubhub's shares were being shorted at the end of September. Those all seem like red flags for Grubhub's struggling bulls, but investors should also examine the contrarian position to see if the market is too bearish on this hated stock. 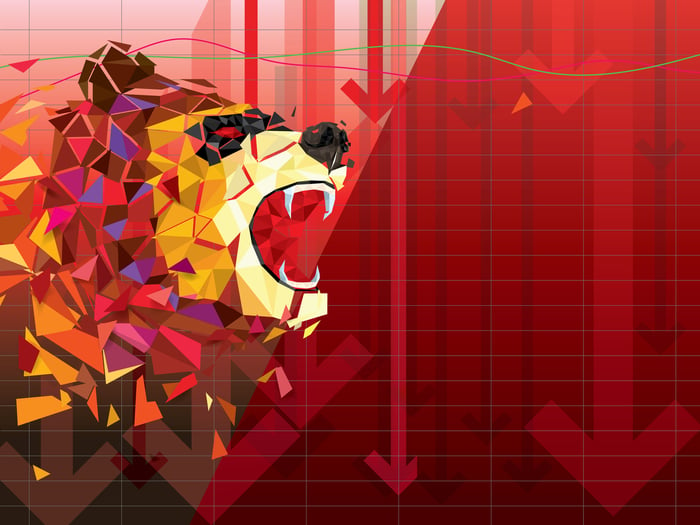 Why do the bears hate Grubhub?

Morgan Stanley warned that the food delivery space keeps getting more competitive and expensive, while Barclays cited Grubhub's decelerating growth in orders and new diners as evidence of an "intense competitive environment."

Speaking to CNBC, Chanos stated that there's "just no margin in this business," and that Grubhub's fees will inevitably decline as employee costs rise. He also warned that competing against Uber (UBER -2.48%), which spends its cash more aggressively, was akin to being "locked in a cage with a psychopath with an ax."

Are the bears overreacting?

Investors should always be wary of analysts' hyperbolic claims and do their own research. If we examine Grubhub's growth over the past year, we'll notice that its growth is decelerating -- but it hasn't hit a brick wall yet.

Grubhub expects its revenue to rise 29%-38% annually in the third quarter and 34%-39% for the full year, but it faces two big issues. First, much of its previous growth was fueled by acquisitions, and it's running out of smaller platforms to acquire. Second, DoorDash surpassed it as the country's top meal delivery platform earlier this year.

Grubhub controlled 32% of the market in August, according to Second Measure, but that marked a steep drop from 41% a year earlier. During the same period, DoorDash's share jumped from 21% to 36%. Uber Eats' share slid from 24% to 15%, which suggests that Uber's ax isn't as sharp as Chanos suggests.

Grubhub's market share loss is alarming, but its revenue is still rising because the overall market is expanding. Grubhub also remains the market leader in several major metro areas like New York City, Boston, Philadelphia, and Chicago. Meanwhile, Guggenheim's claim that Google is a "threat" doesn't make much sense, since it's merely providing links to services instead of developing its own meal delivery platform. 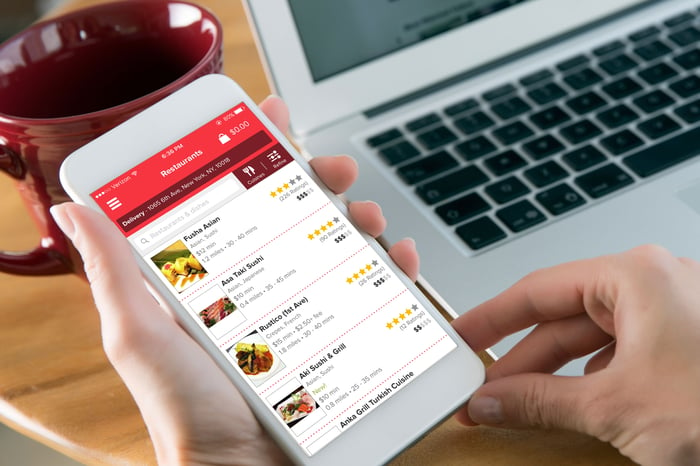 Grubhub's delivery ecosystem is still expanding with big partnerships. Yum Brands (YUM -1.32%), which owns a stake in Grubhub, uses it as the exclusive delivery service for KFC and Taco Bell. Grubhub also secured a partnership with McDonald's after its exclusive deal with Uber expired, and it pulled some Shake Shack and Dunkin' Brands stores away from DoorDash.

Grubhub is also the only profitable meal delivery service. Chanos complains that Grubhub only earns about 15 cents per delivery -- but that's far better than losing money on each order. Grubhub's profit growth remained negative over the past three quarters, but those declines shouldn't be completely attributed to competition.

Instead, it was a combination of marketing campaigns, logistics expenses, and the expansion of its digital ecosystem as it absorbed its subsidiaries. That superior scale will likely force DoorDash, UberEats, and its other unprofitable competitors to burn more cash to keep up.

The bears are all repeating the tired argument that the competition will kill Grubhub. However, I think there's an equal chance that its competitors will drive off a cliff first. We already saw Amazon abandon the U.S. market, DoorDash desperately use tips to subsidize its couriers' wages, and Uber struggle with losses at both its ride-sharing and food delivery businesses.

Therefore, there's a chance that Grubhub will simply outlast these rivals and reclaim its crown in the meal delivery market. If that happens, the bears could head for the hills and spark a massive rally.