Saving for retirement and education are important priorities for many Americans. A new law that took effect in January 2020, the Setting Every Community Up for Retirement Enhancement (SECURE) Act, aims to increase access to workplace retirement plans and generally expand opportunities to save for retirement, in addition to making changes related to education savings. Here are eight things investors should know about the SECURE Act. 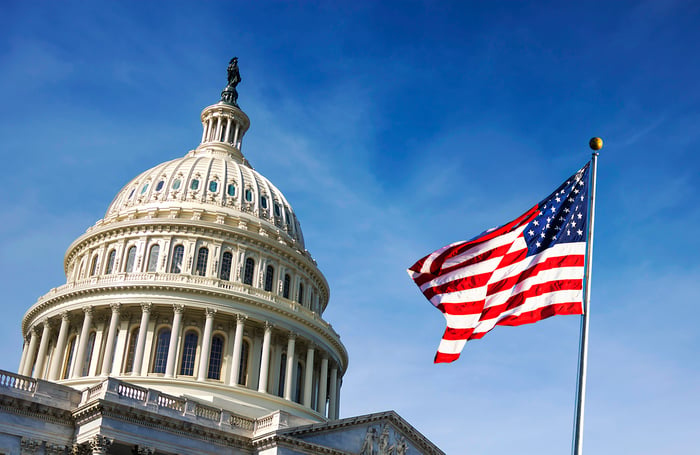 Required minimum distributions, or RMDs, are minimum amounts that you must withdraw annually from your traditional IRA, 401(k), 403(b) or other retirement savings plan once you have reached the mandatory age for making withdrawals. The SECURE Act increases the mandatory age at which individuals must begin taking RMDs.

Prior to the SECURE Act, individuals with IRA accounts or qualified employer-sponsored retirement plans were required to take RMDs beginning in the year in which they turned 70½, with a deadline (for the first RMD only) of April 1st of the following year. The SECURE Act increases the beginning age for RMDs from 70½ to 72, a nod to the reality that many Americans are working and living longer. The change can help Americans extend their retirement savings over a longer period.

The fine print: If you turn 70½ years old on or after January 1, 2020, you generally must begin taking RMDs by April 1st of the year following the year that you turn age 72. However, individuals who turned 70½ years old in 2019 are not eligible for the law's changes and generally must begin withdrawing money by April 1, 2020, and then take another RMD by the following December 31, and by every December 31 thereafter. Failure to take RMDs at the required time may result in financial penalties, so pay close attention to how the new law might impact you.

The SECURE Act includes several provisions facilitating the inclusion of annuities in retirement plans. Before the new law, employers may have been hesitant to include annuities in their sponsored plans because of potential liability in selecting the insurance companies offering the annuities. The SECURE Act provides employers with immunity from liability if it selects an annuity provider that meets certain requirements. These include, among other things, for the preceding seven years, being licensed by the state insurance commissioner to offer guaranteed retirement income contracts, filing audited financial statements as required by state law, and maintaining financial reserves that satisfy state statutory requirements in all states where the annuity provider does business.

An annuity is a contract between you and an insurance company in which the company promises to make periodic payments to you, starting immediately or at some future time. Some annuity contracts provide a way to save for retirement. Others can turn your savings into a stream of retirement income. Still others do both. Annuities come with a variety of fees and expenses, such as surrender charges, mortality and expense risk charges and administrative fees. Annuities also can have high commissions.

The new law also makes annuities portable between retirement plans. If you change jobs, it is now possible to, for example, roll over a 401(k) annuity from your former employer to another 401(k) or IRA, and avoid surrender charges and fees.

In addition, the SECURE Act will require new disclosures about how your retirement savings might be different if you were invested in a lifetime income stream product like an annuity. The law requires that defined contribution plans deliver to plan participants a disclosure document showing the "lifetime income stream equivalent" that could be generated by the lump sum amount in the individual's retirement account.

This means you would see an estimate of the monthly amount you could receive with a single or joint life annuity, based on your current account balance. The law provides immunity for the employer related to the income projections. This provision will go into effect at a later date once certain requirements have been addressed by the Department of Labor.

3. 10-year draw down limit on inherited IRAs for non-spousal beneficiaries

Previously, non-spousal beneficiaries who inherited an IRA were able to draw down the IRA over their lifetimes, and defer paying taxes on the entire inheritance amount (referred to as an inherited or "stretch" IRA). A stretch IRA is not a type of IRA but rather a strategy to stretch the period of tax-deferred earnings of assets within an IRA beyond the lifetime of the person who set up the IRA, typically over multiple generations. In other words, "stretching" the IRA would allow you to pass your IRA down multiple generations to your grandchildren.

The SECURE Act now requires that non-spousal beneficiaries such as a son or daughter draw down the assets in an inherited IRA within a decade of inheritance, subject to a few exceptions. There are no RMDs within the 10-year period, but the change is likely to introduce tax burdens for those who inherit an IRA while still in their earning years. The new law also applies to funds inherited by non-spousal beneficiaries from a 401(k) account and other defined contributions plans.

Exceptions to the 10-year requirement include assets left to a surviving spouse, a minor child, a disabled or chronically ill individual and beneficiaries who are less than 10 years younger than the decedent (such as a sibling or friend). If the beneficiary is a minor, the exception only applies until the child reaches the age of majority, at which time the 10-year rule would apply.

Individuals who inherited an IRA from an original IRA owner who passed away prior to January 1, 2020, are not subject to the new 10-year restriction. As such, these individuals may continue with their planned distribution schedule.

4. Removal of age limits for contributions to traditional IRAs

Starting in 2021, the new law will make employer-sponsored retirement plans available to long-term part-time workers. The SECURE Act changes the minimum number of hours an individual has to work to be eligible for an employer-sponsored retirement plan. Prior to the new law, employers were not required to offer workers who work less than 1,000 hours every year (roughly 19 hours a week over 52 weeks) to participate in their sponsored plan. However, the SECURE Act lowers this threshold for eligibility to either one full year with 1,000 hours worked or three consecutive years of at least 500 hours (roughly 9.5 hours a week over 52 weeks). Part-time workers must be 21 years old by end of the three-year period to be eligible for the plan.

6. Increase in the maximum contribution rate for participants in auto-enrollment 401(k) plans from 10% to 15%

Previously, an employer was unable to set a QACA contribution rate exceeding 10% for any year. The SECURE Act raises the 10% cap to 15%, except in the first year an employee participates in the plan. This delay is intended to ease savers into contributing higher amounts to their accounts.

7. Qualified distributions from retirement plans for birth or adoption

The SECURE Act provides savers with an option to take an early distribution without penalty from a retirement account when they welcome a new child into their lives. Upon the birth or adoption of a new child, the new law permits individuals to take a "qualified birth or adoption distribution" of up to $5,000 from an eligible defined contribution plan or IRA without having to pay an early withdrawal penalty (typically 10%). For married couples, each spouse can take $5,000 from their individual accounts.

The qualified withdrawals must be taken within one year from the date a child is born or the date the adoption is finalized. Savers have the option to recontribute these funds back into their retirement account later, and such contributions will be treated as a rollover and will not be included in taxable income.

The SECURE Act expands the definition of a tax-free or qualified distribution from a 529 savings plan to include repayment of up to $10,000 in qualified student loans and expenses for certain apprenticeship programs. This means individuals can now take penalty free withdrawals of up to $10,000 for these expenses. It is important to note that the $10,000 limit is a lifetime – not annual – limit, and that the interest on student loan debt paid down by 529 plan funds cannot be deducted from the individual's income taxes.

Another change that impacts students relates to how grants, fellowship funds, stipends or other money paid to fund graduate or post-doctoral study or research is treated for purposes of contributing to retirement plans. The SECURE Act treats these funds as compensation so that students may fund an IRA to begin or continue saving for retirement.

If you have questions about RMD updates or any of the other changes discussed in this article, speak to your financial or tax professional about how the SECURE Act changes may impact you and your financial situation.