Many investors are still looking at oil stocks for big returns when the economy starts to rebound. Here are some important things you could be overlooking.

The COVID-19 pandemic is causing massive health and economic harm around the world. The necessary steps of shutting down travel and much of the global economy to save lives has hit the oil industry particularly hard. Global oil demand has fallen off a cliff, with gasoline demand in the U.S. at levels we haven't seen since the Vietnam war.

But there are also some signs that the economy, if only in small ways to start, could begin opening up for business in the next month or so, and that recovery would reverse the oil collapse and start growing demand for "Texas Tea" once again. And that has many investors thinking that oil stocks could be a way to earn big returns. After all, the Energy Select Sector SPDR ETF (XLE -0.03%) is still down nearly 50% this year, while the SPDR S&P 500 ETF Trust (SPY -1.34%) has recovered much of its losses and is down only 16%.

But there's a lot more to the story than just "oil stocks will go up when the economy starts to recover." The oil patch is littered with risk, and the massive flood of excess oil that's still being pumped today will push the benefits of an economic recovery even further into the future for oil stocks. 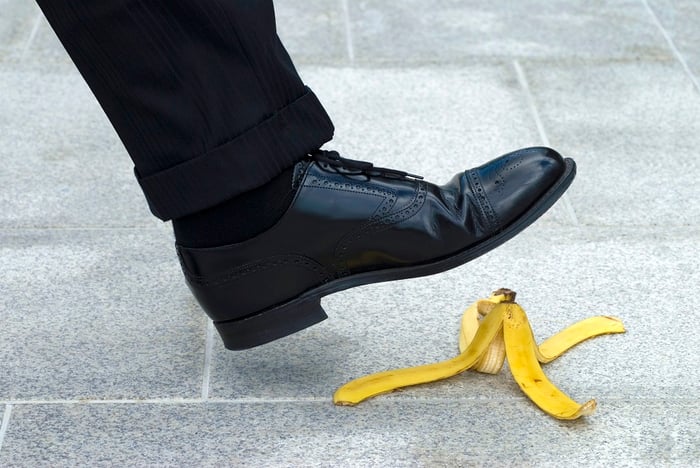 Here's what four top energy contributors to The Motley Fool say investors may be missing about the 2020 oil crash. Keep reading, and you could learn something that helps you avoid a big mistake that costs you a lot of money.

This oil ETF is not the way to play a rebound

Matt DiLallo: Anytime markets go haywire, it brings out speculators who place bets on a future rebound. That has certainly been the case in the oil market, which has gone through some insane volatility. Crude prices recently crashed into negative territory as speculators in oil futures contracts needed to unload their bets before they had to take physical delivery of oil that they couldn't store.

With a negative oil price point unsustainable, market traders have started betting on a rebound. One vehicle they're using is the U.S. Oil Fund, an oil ETF that buys oil futures contracts to track the daily price movements of the main U.S. oil benchmark. It was the most popular new holding on trading platform Robinhood this week as traders piled into that fund in hopes of profiting from higher oil prices in the future. 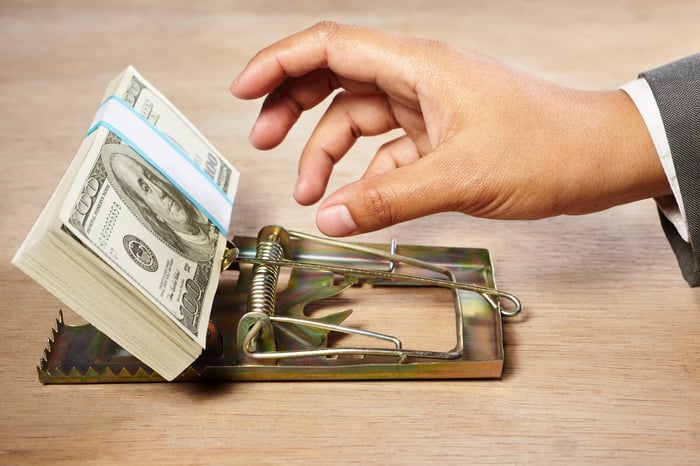 Those speculators, however, are missing a few crucial things. One of them is that USO often underperforms the price of oil, especially over the longer term, because of the costs of rolling new futures contracts before they expire. That makes it a poor option for those betting that oil prices will be higher in the future since it could take a lot longer than they expect for that to play out. They might be right in their thesis but not make any money on their wager because of USO's performance issues.

Travis Hoium: This oil crash isn't like others we've seen, and Saudi Arabia is a big reason why. After years of watching the U.S., Russia, Iraq, and South American countries take market share, this is the country's opportunity to take the reins of the oil market again.

All Saudi Arabia has to do is keep the market oversupplied and storage full for somewhere between a month and a year, and it'll choke off a lot of marginal production -- meaning it can't compete on price in this environment -- in some of these rival countries. Drilling in the U.S. has already fallen off a cliff and will probably fall further now that the market is so oversupplied. 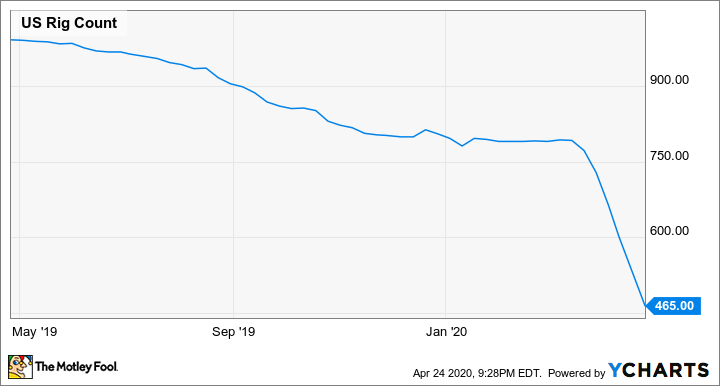 U.S. shale wells could be shut in, and in Russia, if wells in Siberia are shut in, it could take years to ramp up again. Countries in South America and Africa rely on oil revenue to keep their economies afloat, so a fall in oil revenue and production could lead to social upheaval. And if these producers have to permanently shut down oil production in a month or a year, it'll be Saudi Arabia that has the capacity to step in, both to supply product and control prices.

Saudi Arabia has made a show of slowing production to match demand, but the 9.7 million-barrel-per-day cut announced by OPEC+ isn't enough to offset the collapse in demand, and it was followed by Saudi Arabia's shipment of 40 million barrels of oil to U.S. shores for May arrival, knowing that U.S. crude oil storage is already full. The country knows that these kinds of actions will cause a price collapse, putting tremendous financial pressure on shale and deepwater producers around the world.

Saudi Arabia is taking one last crack at once again dominating oil markets, and it looks like it's willing to inflict a lot of pain to accomplish the goal.

John Bromels: Sure, on the face of it, there've been a lot of changes in the oil industry since the beginning of March: a price war, travel restrictions, industrywide capital budget cuts, negative crude prices... the list goes on and on.

Some headlines are acting as though this is a seismic shift for the industry. But fundamentally, not a whole lot has changed for the oil industry, especially for independent exploration and production companies (E&Ps).

Sound crazy? Take demand, for instance. Sure, as long as coronavirus-related travel restrictions are in place, demand is going to be weak. Sooner or later, though, demand will strengthen again. Gasoline-powered vehicles will still be dominant in the fall, and jet fuel-burning airlines will still be the only efficient way to travel most long-distance routes. 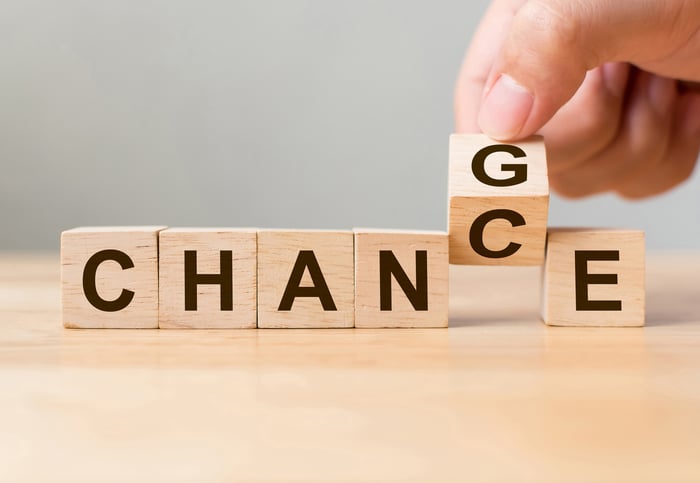 Yes, we've learned that the economics of oil production -- especially shale production -- don't work unless other countries play ball by imposing arbitrary production limits. But that was always true, it turns out. Yes, crude prices are too low right now for producers to turn a profit. But that was also true during much of the oil price downturn of 2014-2017. No, running up high debt levels by overspending on capital projects in the name of production growth isn't a recipe for long-term success. Was it ever?

Ultimately, the oil industry is still governed by supply and demand, and E&Ps are going to have to adapt or perish. Just like they did in March. Just like they did in 2014. The smaller companies with thinner margins and poor balance sheets are still going to be riskier investments than larger companies with solid balance sheets that can better withstand periods of oversupply or low demand.

Investors should ignore the scary-seeming headlines and focus on the fundamentals. That's another thing that never changes.

Jason Hall: I agree with John on the importance of understanding the fundamentals, and I think most people don't realize just how massively imbalanced supply and demand are right now. At recent production levels, oil production has exceeded actual demand by 30 million barrels per day as the global economy gets put in neutral. Yes, U.S. production in some areas has started to decline, and a record deal to take almost 10 million barrels of daily production off the market was reached. But that deal won't kick in until May 1, and we know that at least two countries, Saudi Arabia and Russia, like the United Arab Emirates, have probably spent much of April producing more oil, not less.

Chances are, global oil production will continue to exceed demand in May and probably well into the summer months, filling up every possible storage vessel on earth. And we are already at record levels of oil in storage.

The implications are clear: As oil inventories continue to build, it will push the recovery of the oil industry further and further out. The oil in storage will get sold before any production can come back online, and it's going to take many months to work through all that excess oil. And as Travis pointed out, low-cost producers like Saudi Arabia will be the first to bring more production online when the market can adsorb it. And that puts the U.S. oil industry near the end of the line to recover.

In the meantime, a lot of oil stocks will go bankrupt, wiping out billions of dollars in shareholder value. There are a few great companies built to withstand this environment that are worth buying today, but there are plenty of others that won't be able to survive. With few exceptions, the best thing investors can do right now is avoid most oil stocks until the worst is over.