These picks from other sectors look like top bets to outperform oil.

If you're looking at oil stocks right now, you're probably excited by the prospect of buying top oil stocks at discount prices but a little worried about the gloomy outlook for the industry at large. You're right to be concerned: Oil production may be unprofitable for months, if not years, and oil companies are slashing dividends and capital spending left and right. It's a risky sector right now.

With that in mind, we rounded up five Motley Fool contributors who regularly cover the oil industry and asked them what sectors they think have superior prospects. They came back with five different sectors, and shared a top stock pick from each one.

Here are the investments they believe are better bets than oil right now. 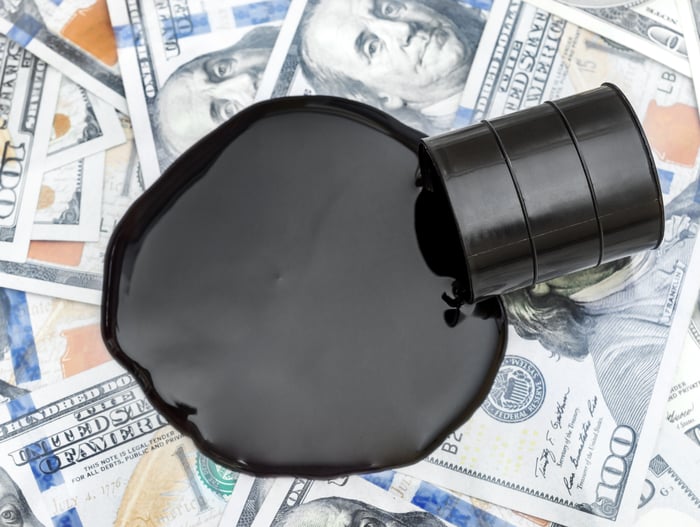 Bet on big tech instead

Travis Hoium (big technology): You may not realize it, but we're using big tech companies such as Alphabet (GOOG 0.54%) and Microsoft (MSFT -0.37%) now more than ever, and I think that's going to grow in the future. Not only are we using products and services they provide directly, such as search, email, and word processing, but these are also two of the companies building the infrastructure that new technologies are built on.

Cloud services have become services that customers use directly with products such as Gmail or the Office 365 suite of products. But when you search for a product online or play a game or stream a movie, it's big tech companies that are behind those services. And that's driving growth in cloud products, with intelligent cloud segment revenue up 27% at Microsoft in the fiscal third quarter of 2020 to $12.3 billion and Google Cloud revenue up 52.2% to $2.8 billion.

I'm highlighting the cloud here, but there's a lot more that big tech companies such as Alphabet and Microsoft offer, and their scale gives a huge competitive advantage. Unlike two decades ago, new tech giants aren't sprouting up regularly, and the companies that do pop up are usually built on the back of existing giants. That's why I'm betting on big tech's future rather than oil.

Matt DiLallo (renewable energy): Interest in oil stocks seems to rise as its price declines because it encourages more traders to speculate that they'll recover. However, instead of gambling on a short-term rebound in the oil sector, a better play is to invest is in the long-term growth of renewable energy, which will displace oil in the coming decades.

One excellent renewable-focused investment option is electric utility NextEra Energy (NEE -0.30%), which also happens to be the world's largest producer of energy from the wind and sun. The company's business model -- which includes a heavy focus on locking in rates for the renewable power it produces via long-term contracts -- largely insulates it from volatility, something that plagues the oil sector.

That gives NextEra high confidence that it can grow its earnings by 6% to 8% per year through 2022, which should enable it to boost its dividend by at least 10% annually during that timeframe. Contrast that with most oil stocks, which have seen their earnings and dividends plummet along with oil prices this year. Many will never recover their former heights while NextEra's could keep expanding for decades, powered by its renewable-focused expansion program.

Housing has a huge tailwind

Jason Hall (housing): According to the U.S. Census Bureau, new construction of single-family homes fell 18% in March. It's a near certainty that home construction will have fallen more in April and probably decline deep into 2020.

So why in the world would anyone want to buy a homebuilder? These tend to be highly leveraged companies with large amounts of undeveloped land on its books. That's a recipe for disaster in the middle of a major economic crisis: owning an asset nobody wants to buy but needing to sell it to pay off lenders. The answer, in short, is because homebuilder NVR (NVR 0.76%) will get through the crisis in fine shape and then profit from the massive demographic trend that's driving home sales.

NVR is a rare breed. It uses less leverage than most of its peers by far, buying land with options contracts that let it walk away -- at the cost of some money -- versus ending up buried in debt for land it can't develop because of the collapse in housing. 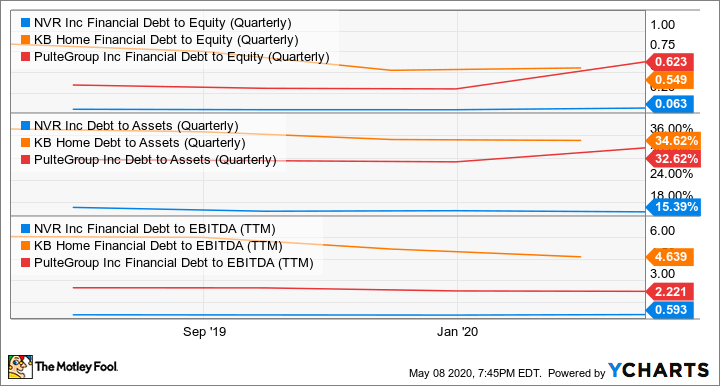 That's a powerful competitive advantage in the highly cyclical housing industry. It also has over $1 billion in cash on the books, so it's set to ride out the downturn better than other homebuilders.

What happens next is what makes NVR so compelling. Housing demand is on the rise and growing, as younger generations that had to put off homeownership in the aftermath of the Great Recession finally take the plunge. Once we get past the COVID-19 crisis, NVR should prove a market-beating investment over the next decade.

Irreplaceable assets and customers that have few options

Tyler Crowe (cell phone towers): Real estate always has been and will probably remain a less volatile asset than stocks, in general. One portion of the real estate market that's one of the more stable is cell phone towers. This unique asset class benefits from two things that make it an incredibly stable investment:

These two elements have made cell phone towers an incredibly stable and lucrative asset for their owners, and it has made American Tower (AMT -0.00%) an incredibly compelling real estate investment trust to own. The company owns and operates 180,000 towers in 19 countries. The combination of international acquisitions growing tower count and increased network equipment demands for 5G increasing per-tower revenue have given this REIT an incredible growth runway.

Under normal operating conditions, American Tower has been growing quickly and providing a reliable dividend to its shareholders. With the market assigning a slight discount to all-time highs, this is a stock to buy and hold for decades.

John Bromels (healthcare technology): The global healthcare system is reeling right now from the effects of the coronavirus pandemic, but it's still on its feet thanks to the efforts of doctors, nurses, emergency personnel, and other healthcare professionals who are working through the crisis. COVID-19 is proving how essential healthcare is, and why investments in developing game-changing healthcare technology are critical.

One company at the forefront of medical technology is robot-assisted surgical devicemaker Intuitive Surgical (ISRG 0.76%). Intuitive manufactures the Da Vinci system, which -- you guessed it -- uses robotic tools to assist live surgeons in performing procedures, mostly in the fields of urology and gynecology. The system helps surgeons be less invasive and more precise, which leads to better patient outcomes. Better yet, Intuitive plans to expand the range of its offerings to include many other types of soft tissue surgery in the coming years.

Because many hospitals have understandably suspended elective surgical procedures, and installations of new systems have also been delayed, Intuitive's shares have taken a hit. However, that makes this an excellent opportunity to invest in the future of healthcare.