Please ensure Javascript is enabled for purposes of website accessibility
Log In Help Join The Motley Fool
Free Article Join Over 1 Million Premium Members And Get More In-Depth Stock Guidance and Research
By James Brumley – May 22, 2020 at 7:40AM

The king of e-commerce would certainly, finally bring brick-and-mortar retailing all the way into the 21st century.

It's only a rumor, to be clear, but hardly an outrageous one. Fashion website Women's Wear Daily reported on Tuesday that e-commerce giant Amazon.com (AMZN 3.15%) may be interested in acquiring struggling department store chain J.C. Penney (JCPN.Q). Without naming the source, Women's Wear Daily quoted a source familiar with the matter as saying: "There is an Amazon team in Plano [Texas] as we speak. There is a dialogue and I'm told it has a lot to do with Amazon eager to expand its apparel business -- for sure."

If the premise rings a bell, there's a reason. Amazon was also reportedly interested in an acquisition of rival brick-and-mortar name Kohl's (KSS 3.07%) after striking a deal that allowed the retailer to handle Amazon's merchandise returns. It does own grocery chain Whole Foods Markets, plus a couple dozen convenience stores, plus one full-sized grocery store in Seattle. There are also a dozen physical bookstores in the Amazon family, although they sell much more than just books. Toys, electronics, and gadgets are featured, including plenty from the company's own private label lineup. Wading into the apparel and accessory arena wouldn't be an unusual stretch for Amazon. 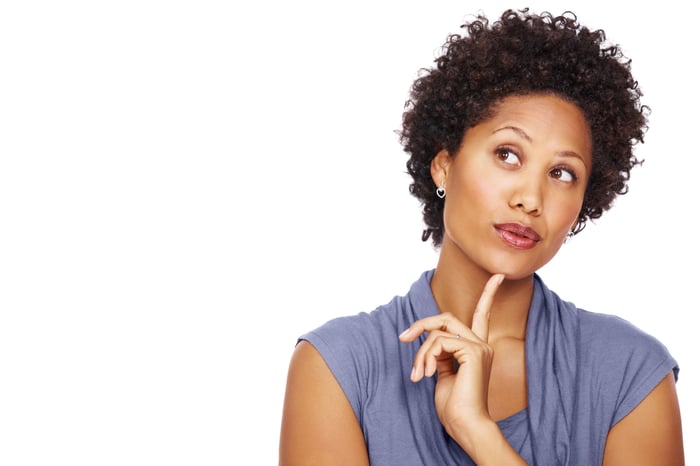 Still, the prospect raises questions. Chief among them is: If the whispers end up being true, what might an Amazon-owned J.C. Penney look like? The past and present already point to the possible future, setting the stage for at least four major overhauls.

1. Say goodbye to the Penney's name

It's actually a bit unfortunate. For the better part of its 118-year existence, the J.C. Penney name was a well-respected one. If nothing else, the company was marketable to a suitor just for the moniker alone.

That may not be the case any longer, however. Things have never quite been the same since 2011, when ex-Apple executive Ron Johnson steered the old J.C. Penney into an Apple-like existence by doing away with coupons and mailed advertisements and then rearranging stores into brand- and category-focused shops. The move further alienated its already-fragile customer base, and not enough newcomers were interested in the paradigm shift.

To that end, the now-unsalvageable Penney's name now has to die, if only to send a message to the world that these retail stores -- if that's the plan -- are nothing like the stores that previously occupied the space.

2. Lots of tactile experiences and engagement

Anyone who's ever been in one of Amazon's four-star stores will know it's not just a bookstore. It's also a showcase for the company's technologies, as well as items that are in demand at Amazon.com. The stores are full of presentation tables with unboxed merchandise for shoppers to touch and even play with, including Amazon's home-grown gizmos like its Echo smart assistants and Kindle tablets. By the stores offering hands-on experiences, browsers may be more likely to become buyers.

It's not just a more tactile experience four-star shoppers will enjoy, though. The company also arranges in-store events to entertain and educate consumers. For example, several of Amazon's four-star locations held a "New Year New You" event that coached shoppers on how to adhere to their New Year's resolutions.

Other retailers have hosted similarly enticing events and let shoppers touch the merchandise as well, but Amazon has already proven it's willing to take the idea to the next level.

The Women's Wear Daily report explicitly noted that Amazon's ownership of physical retail space would largely be about its budding private label apparel lines, and the idea makes plenty of sense.

Most investors (and consumers for that matter) may not realize it, but Amazon is believed to be one of the United States' most-shopped apparel retailers, if not the outright biggest clothes shopping venue. The data varies slightly from one research outfit to another. The e-commerce company became a serious competitor on the clothing front, however, by making (well, outsourcing the manufacturing of) its own clothing and creating new labels for that apparel. Lark & Ro, Core 10, Good Threads, and around 80 more brands round out the company's own clothing empire.

The effort has been ... okay. While Amazon itself doesn't offer much in the way of details about its revenue mix, industry insiders have said in the past that a lack of a physical retail presence is limiting Amazon's apparel potential. Coresight Research recently echoed this idea with a report posted last month, which said: "Amazon could be experiencing a plateau in shopper numbers for fashion." Access to a few hundred actual stores could alleviate this problem.

Finally, if Amazon does end up acquiring J.C. Penney out of bankruptcy, don't be surprised to see a major effort to meld the online retailer's existing web presence with the in-store experience. This includes in-store pickup of goods purchased online as well as the acceptance of returns of goods purchased at Amazon.com. These are services most of its stores as well as several non-Amazon retailers like Kohl's already offer, one way or another. Given the success so many other retailers such as Walmart and Target have also found with curbside pickup of online orders, it's likely Amazon would do the same.

It's not just about a more convenient and friendly shopping experience, however. Physical stores are ultimately an opportunity to make Amazon Prime an even more useful subscription-based offering. How a Prime membership would be integrated within a brick-and-mortar setting is up to Amazon, but coupons and value-added services like gift wrap are a couple of possibilities.

Of course, all of it is ultimately meant to supply Amazon with more data about consumers.

They're just possibilities, mind you, like Amazon's rumored interest in J.C. Penney. Amazon may not do all or any of these things should it acquire Penney's, and it might do some things not discussed above. Given the company's past efforts, however, these four possibilities are not only likely but the most likely of Amazon's options.

Perhaps more than anything though, it stands to reason that an Amazon-branded brick-and-mortar presence will be able to get the traction that Penney's and most of its department store rivals have struggled to find for years now. Too much of the industry continues to try to adapt the old business model to the new environment. It doesn't work. Retailing has to be a lifestyle experience rather than just a presentation now, and gathering consumer data is just as important as driving sales. If nothing else, Amazon knows that much.