Please ensure Javascript is enabled for purposes of website accessibility
Log In Help Join The Motley Fool
Free Article Join Over 1 Million Premium Members And Get More In-Depth Stock Guidance and Research
By Daniel Foelber – Jun 6, 2020 at 11:25AM

Now is a good time to assess the airline’s risk/reward ratio and determine if the stock is a buy.

The airline sector was hit hard by the COVID-19 pandemic and the response to it that collapsed air travel and strained balance sheets. But with the partial economic recovery underway and life returning to some sense of normal, airline stocks have seen a comeback on hopes that air travel will pick up and the worst of the revenue drops are behind us.

With arguably the best balance sheet in the airline sector and a track record of overcoming adversity, Southwest Airlines (LUV -2.88%) presents one obvious way to ride the surge in airline stocks. But with a lot of uncertainty still ahead, how much risk is Southwest Airlines still facing and is it worth investing in? 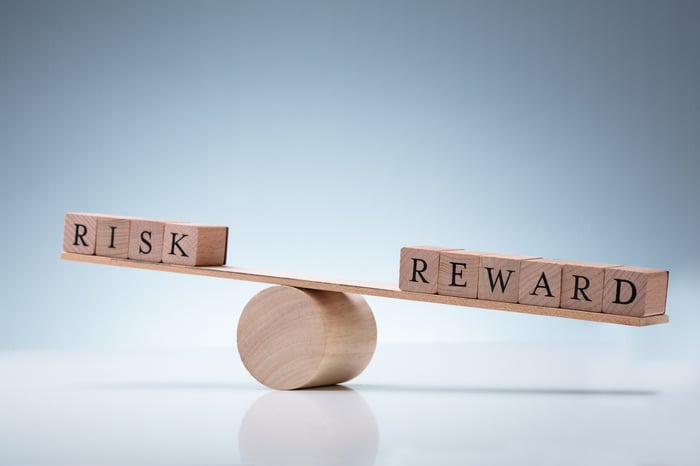 Since reporting its first-quarter 2020 earnings results on April 28, Southwest stock is up an astounding 23%. Of course, it's still down roughly 32% from 52-week highs set in mid-February. 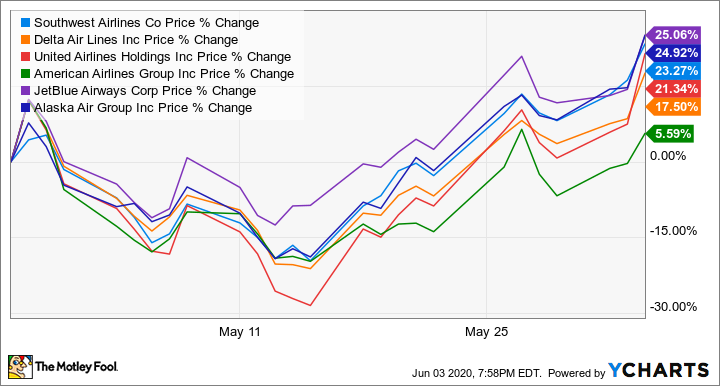 Although the jump is a nice reprieve for investors, nothing of material significance has changed since the company's last earnings report. Sure, Southwest has made a few positive press announcements, like adding flights, extending its flight schedule to 2021, and offering some low summer rates to drive up business, but many of the risks management has been worried about haven't gone away -- and those risks are no joke.

Southwest reported its first quarterly loss in nearly a decade, and CEO Gary Kelly said this was "a crisis unprecedented in our history." Even though Southwest's management team has a track record of getting through tough times, there's no denying that the rest of 2020 will set the stage for what lies ahead for Southwest.

One of the main risks for Southwest is uncertain earnings. Southwest has taken pride in having the longest profitability streak (46 consecutive years) of any major U.S. airline, but that could change in 2020 if air traffic doesn't pick up. In its first quarter, Southwest's operating revenue dropped nearly 18% year over year, but the company expects a 90% to 95% year-over-year decrease in operating revenue in April and May. That level of revenue collapse is simply unsustainable.

The key thing to watch going forward is whether the reopening of many state economies contributed to higher air travel in the second quarter and if that leads Southwest to improve its guidance for the rest of the year. But until Southwest reports better numbers, uncertain earnings remain a huge risk.

The timing of when revenue picks up and earnings improve is critical to Southwest's balance sheet. Southwest, like many of its peers, took federal aid through the CARES Act stimulus plan, which helps Southwest protect tens of thousands of jobs and provides it with liquidity to weather the storm. However, the first wave of aid only lasts till the end of the third quarter (Sept. 30), which means Southwest needs to see air traffic pick up in the coming months unless it wants to take on more loans.

The good news is that Southwest entered 2020 "with the smallest amount of debt to total capital in [its] history," which positions the company favorably to raise debt without becoming overly leveraged.

A gradual reopening of the economy and a rising stock price don't make Southwest any less risky than when the company reported first-quarter earnings about a month ago. Southwest still desperately needs air traffic to pick up by the third quarter to spare it from needing financial assistance and to alleviate its cash burn. Even with a pick-up in traffic, it's unlikely we'll see air travel return to 2019 levels in the next year.

Despite its short-term risks, Southwest could still be a solid investment over the long term. Last year, Southwest proved that it could still deliver results despite challenges from the Boeing 737 MAX groundings. The current collapse in air travel puts an emphasis on Southwest's main differentiating factor, its balance sheet, which is why Southwest could be a great value stock in today's market. And even though management is concerned in the short term, it is still confident that, over time, "demand for air travel will rebound."

Southwest is a risky stock right now, but if you're OK with the risks -- and paying a higher price than a month ago -- it could be worth buying for the long term.