There are two critical factors to the economic and market recovery. Each got positive shots in the arm this week.

After the COVID-19 pandemic caused the fastest 30% market crash in history, the market has since rallied back almost nearly as fast, and is now just over 2% below where it was to start the year. 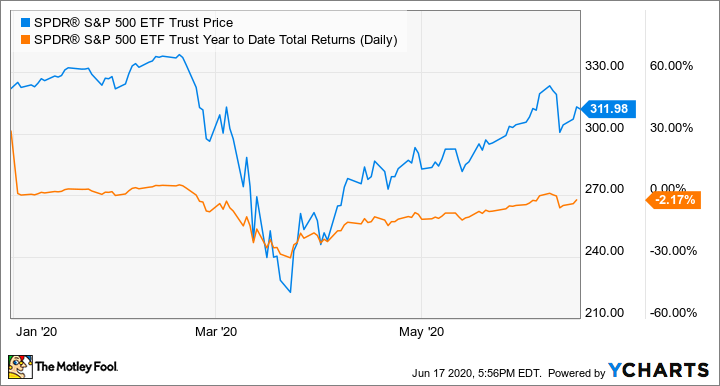 While the violent drop and recovery has confused some, there are several good reasons for the market's bounce back since late March. Yet with market prices nearly all the way back -- though still about 10% below all-time highs, many are questioning where we go from here.

Well, the market received two pieces of good news this week, sending stocks higher. If progress continues on each of these fronts, the market could continue to go up, even beyond the already robust recovery. 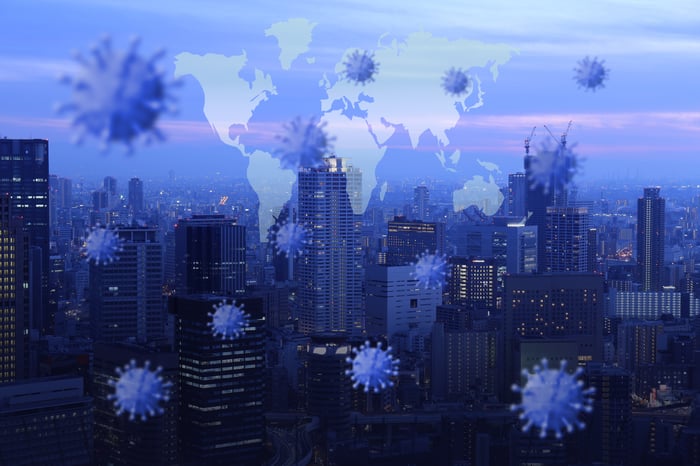 The Fed makes yet another move

On Monday, the Federal Reserve announced that it would be buying individual corporate bonds in the open market under its Secondary Market Corporate Credit Facility it established back in March. The Fed will also be buying bonds directly from issuers beginning on a later date under the Primary Market Corporate Credit Facility (PMCCF). The move is another step beyond the extraordinary actions the Fed took in April, when it announced it would be buying corporate bond exchange-traded funds (ETFs) in order to give liquidity to qualified borrowers that needed loans to muddle through the recovery and keep people on the payroll.

Though the move officially marked a new step in directly supporting individual companies, it was more of a continuation of the Fed's previously announced program. Criteria for individual bond-buying are similar to the established bond ETF-buying criteria: Qualifying companies must have been investment-grade on or before March 22. If relevant companies had since been downgraded to junk bond status, they are still able to qualify as long as they were investment-grade before that date. Relevant companies must also be incorporated in the U.S. Sorry Hertz (HTZG.Q) shareholders; the Fed won't be rescuing you, as Hertz's credit was already junk-rated prior to the crisis. Same for Royal Caribbean (RCL 16.65%) and other cruise lines, which aren't incorporated in the U.S.

With the new program, the Fed said it would be looking to establish a diversified portfolio of bonds that mimics the broader market index across all different sectors. The overall capacity of both the Secondary and Primary Market Corporate Credit Facilities is a whopping $750 billion.

Federal Reserve Chair Jerome Powell said in congressional testimony that: "Over time we'll gradually move away from ETFs and move to buying bonds. It's a better tool for supporting liquidity and market functioning."

While it may not necessarily make a huge difference in the already established program, the recent announcement served as yet another reminder that while direct federal support measures outlined in the CARES Act, such as enhanced unemployment benefits, may run out this summer, the Federal Reserve still has large employers' backs, as it pumps as much as $6 trillion into the flagging economy in total when adding up all of the Fed programs to combat the pandemic. That not only makes an economic difference, but also a difference in terms of investor confidence, which is also a critical element in the economic recovery.

Of course, government support to help the economy get through the COVID-19 pandemic won't mean much unless the pandemic is quashed by a vaccine, or if the threat is reduced through a breakthrough treatment. Monday, June 15 also brought great news with respect to the latter.

That day, an Oxford University drug trial studying the effectiveness of the cheap, off-patent steroid dexamethasone showed significant effectiveness in preventing death among the sickest COVID-19 patients. According to the release -- the official study hasn't yet been reviewed or published yet -- dexamethasone was significantly effective in treating the sickest patients either on ventilators or on supplemental oxygen.

The steroid doesn't actually treat the virus directly, but rather protects against "cytokine storms" -- a fatal immune overreaction by the human body. In mild cases, the body's immune system is necessary to combat and hopefully eradicate the virus. In these cases, dexamethasone wasn't effective.

However, in severe cases, the immune reaction is so severe that it can actually attack the healthy lung cells, therefore leading to organ failure. It's in these cases that dexamethasone proved effective. According to the study, the cheap steroid was able to reduce the death rate of people on ventilators by one-third and people on oxygen by one-fifth.

In a statement, Peter Hornsby, one of the chief investigators in the trial, said:

Dexamethasone is the first drug to be shown to improve survival in COVID-19. This is an extremely welcome result. The survival benefit is clear and large in those patients who are sick enough to require oxygen treatment, so dexamethasone should now become standard of care in these patients. Dexamethasone is inexpensive, on the shelf, and can be used immediately to save lives worldwide.

It's unclear what this will mean for similar drugs that were already in trials to treat the same symptoms, including Kevzara, jointly developed by Regeneron (REGN 0.60%) and Sanofi (SNY 2.37%), and Actemra, which was developed by Roche Holding (RHHBY 4.84%).

Dexamethasone is extremely cheap, widely available, and relatively safe. In fact, treating patients with it costs less than $1 per day. Fortunately for patients, but perhaps unfortunately for shareholders of the above biotech companies, that may limit the effectiveness of marketing these other drugs if they are not proven to be markedly more effective.

A one-two punch up

Should dexamethasone prove so effective that it reduces people's fears of dying from COVID-19, more and more people may feel comfortable going out of the house. That could very well boost travel and leisure businesses, or any sort of business that requires physical gathering, thus enabling the economy recover faster than it otherwise would. Add in the Fed's doubling down on its bond-buying program to help large employers keep the lights on until a recovery, and it's no wonder that stocks are on a winning streak this week.

Of course, we are still only in a partially opened economy, and will be until a vaccine is developed. Meanwhile, many businesses and stocks have been permanently impaired by the crisis, and have had to dilute shareholders in order to survive. But remember, over the long term, stocks overall tend to go up as businesses use retained earnings to reinvest, buy back shares, or increase dividends. With new COVID-19 treatments emerging and the government doing all it can to help support the economy, it's still possible for stocks to go higher over the medium term.

With stocks' miraculous bounce off their March lows, some may have thought the rally would run out of steam this week. However, this week's surprising positive news is yet another reminder to stick with a regular investing plan, without trying to second-guess where the market may head in the near term.