Aside from it being a logistical near-impossibility anytime soon, plenty of other new electric truck brands are aiming at the same target.

Never let it be said that Nikola (NKLA -1.40%) founder Trevor Martin isn't able to put -- and keep -- the media spotlight on the electric automobile company. Borrowing a page from Elon Musk's playbook, Martin turned heads a few days ago just by suggesting Nikola's planned pickup truck is a serious threat to Ford's (F -2.35%) popular F-150 series of trucks. It's remarkable simply because Ford's F-150 series is the best-selling full-size pickup truck in the world, by a country mile. Making the comment even more remarkable is the fact that Ford is planning to make its own battery-powered F-150 within a couple of years.

To that end, investors should be careful about buying into the hype without any actual results to judge. It worked out well for early Tesla (TSLA -1.10%) shareholders, but at the time, Tesla was the only real EV game in town. 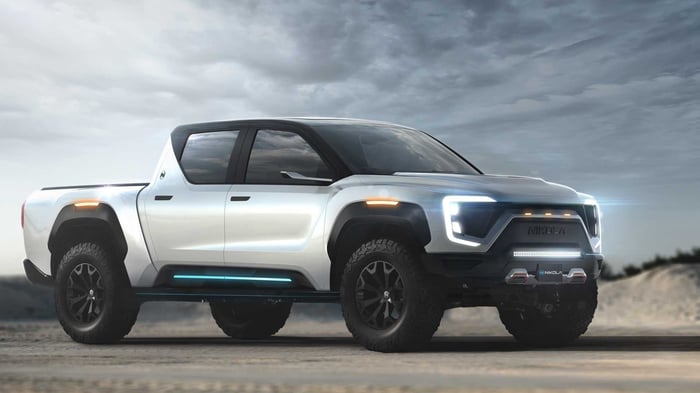 "My goal is to take the throne from the Ford F-150," Martin said in an interview with Yahoo! Finance earlier this month. He's since told other media outlets the same, explaining to TechCrunch just a few days ago that with a powerful hydrogen/electric hybrid engine under the hood of a vehicle Nikola is calling the Badger, "We went directly after the Ford F-150 market and it'll be a direct competitor to the Tesla Cybertruck as well."

Those are bold words from the CEO of a company that's yet to build even one actual production vehicle; they should start to become available next year after Nikola has chosen a production partner. But the bold and brash talk helped keep investors interested in Tesla when it was just starting out.

Still, let's just assume Nikola even could eventually displace the F-150 as the king of the pickup truck market. How many trucks would it take? More than you might guess.

Motrolix's Ford-centric website Ford Authority keeps close tabs on the data, reporting that the automotive brand sold 896,526 F-series trucks last year in the U.S. alone, down slightly from the prior year's record of 909,333.

It should be noted that the F-series of trucks includes the bigger F-250, F-350, and Raptor. But the F-150 is the workhorse of the line. Nothing else comes close in overall sales, even when stripping out the non-F-150 vehicles. For perspective, the Dodge Ram Pickup and the Chevrolet Silverado are next in the pecking order, but those Fiat Chrysler and General Motors vehicles only sold at a pace of (respectively) 633,944 units and 575,569 units in the U.S. last year. Overseas sales expand those figures a little, although pickup trucks aren't nearly as popular in foreign markets as they are here. 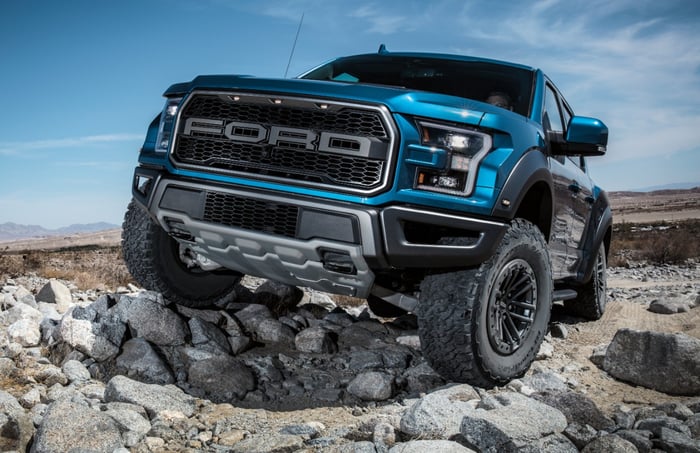 Dethroning Ford won't be easy for reasons beyond the sheer scope of Ford's production capacity, though. Pricing is one prospective hazard.

Tesla's Cybertruck looks like it's going to start out at a surprisingly affordable $40,000, coming in under the more typical $50,000 Edmunds says consumers spend on an average new truck. Adding all the bells and whistles truck owners will probably want on their Tesla pickups, however, cranks the cost up to $70,000, or near the extreme end of what drivers are willing (or able) to pay for a new combustion-powered alternative. The pricing on Nikola's Badger isn't yet set in stone, but Martin suggests it will sell for something between $60,000 and $90,000 each, depending on the package.

Owners may be able to offset that higher cost by sidestepping the cost of fuel. But that's where Ford's and Tesla's all-electric, fully battery-powered vehicles will enjoy another edge. That is, consumers understand plugging vehicles into an outlet with a power cord. The use of hydrogen as a power source, however, remains riddled with questions and concerns.

Another pothole on the road to pickup truck market dominance is brewing competition. As slow as Ford's been to embrace electric vehicles, it's got some in-house EV technology at its disposal, and it's finally commercializing it in a more meaningful way. As was noted, Ford intends to begin the mass production of a battery-powered F-150 by 2022, and it's still got the Ford name (and distribution network) to help sell this new breed of truck.

Yet another reason Nikola's Martin may want to dial back his optimism: Tesla was the only viable name in electric vehicles for years. Nikola is not only a newcomer, but it will face Tesla's pickup truck as well as Ford's and at least five other electric pickup truck makers planning to start full production of their respective vehicles within two years.

Kudos to Trevor Martin for creating something new. Electric vehicles are an inevitable future, and Tesla has proven that old "Detroit iron" can be disrupted.

Tesla didn't mow a path that only Nikola can follow, though. Ford -- the company behind the very trucks being targeted by Nikola -- is now on the very same path. And it's not alone. Tesla, Atlis, Bollinger, Lordstown, and Rivian are just some of the names in the tight pack on the same electric truck trail. Nikola will be competing with all of them, and all of them will eventually have to stand toe-to-toe with the better-positioned behemoth that Ford is.

Feel free to take a shot on Nikola stock. Just don't misunderstand what it is ... and isn't. It's not another Tesla, even though it's in the same business and seems to be able to create just as much early hype. Everything about the market has changed since Tesla solidified the EV movement. Namely, most of the major manufacturers are now in the game -- or headed that way.