Forget traditional IPOs! This blank check vehicle is proving to be an effective tool for biotech companies to raise capital.

A special purpose acquisition company (SPAC) is a shell company that raises money through an initial public offering (IPO) in order to take a company public through acquisition. Companies that want to go public usually go the route of an IPO; however, SPACs have risen in popularity recently due to their ability to get to market faster and surging demand from investors.

It can take months for a company to debut on the public markets the old fashioned way. The IPO process requires that companies work with underwriters and regulators to produce and approve a detailed investor prospectus. Additionally, the companies need to go on an "IPO roadshow" to pitch their shares to dozens of early investors.

On the other hand, going public via SPAC enables a company to get a deal done in weeks -- instead of months -- and only requires the selling company to negotiate with a single investor that controls the SPAC. Commonly referred to as a "blank-check company," a SPAC jumps through the pre-IPO hoops and goes public itself instead of the target company, which is ultimately acquired with the funds raised from the markets. More recently, biotech companies have started to embrace the SPAC structure too. 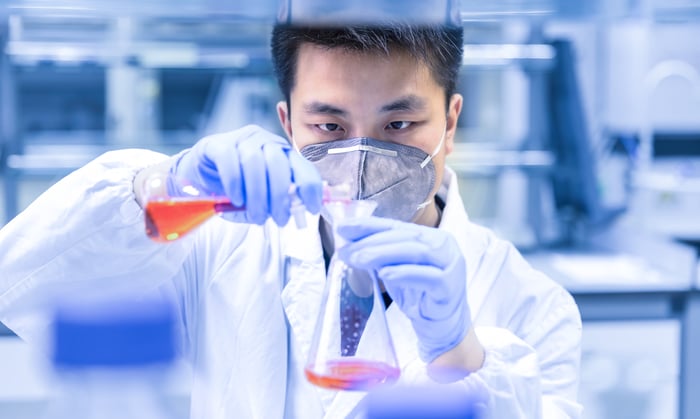 In 2019, only one biotech SPAC took a company public: Chardan Healthcare Acquisition and BiomX (PHGE -3.63%). BiomX is a clinical-stage microbiome product discovery company working to produce treatments for inflammatory bowel disease. The success of closing that deal inspired more companies to go this route. 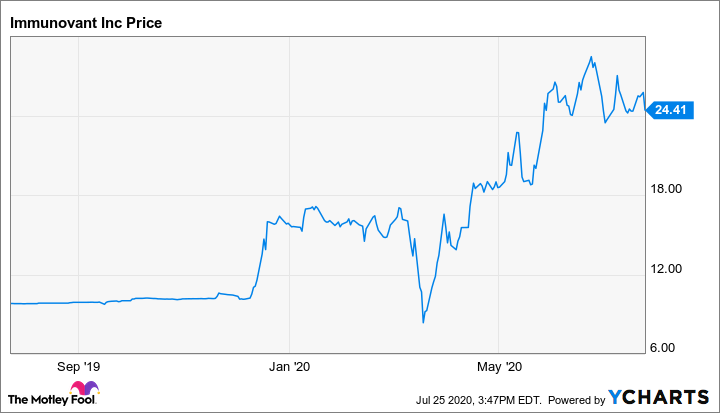 Therapeutics Acquisition (TXAC) is one of the most recent biotech SPACs to raise capital. The company raised $118 million in its July 2020 IPO. This SPAC is gaining interest in the market, trading more than 30% above its offering price of $10 per share.

One reason why investors may be excited about Therapeutics Acquisition is its exceptional management team. Peter Kolchinsky, the SPAC's founder, is a notable healthcare venture capitalist, having founded RA Capital in 2002. RA Capital has invested over $1.4 billion in over 124 businesses, including some well-known public companies such as Arvinas, Black Diamond Therapeutics, and Eidos Therapeutics.

Investors in Therapeutics Acquisition are not only betting on the biotech industry but are also betting on Kolchinsky's ability as an investor. Ideally, the SPAC will invest in an attractive private company and enable the early investors in the SPAC to get in on a hot IPO before the rest of the market does. The biotech industry is abundant with opportunity and having a talented investor like Kolchinsky on your side is invaluable.

SPACs are here to stay

2020 has been a record-breaking year for SPACs. More than 40 SPACs have gone public, raising more than $14 billion combined. For companies looking to go public, SPACs are proving to be a good option. SPACs are convenient and efficient because they allow companies to reach the public market quicker. SPACs have traded at good prices, demonstrating investor demand and confidence.

From an investor's standpoint, SPACs are valuable because they provide the opportunity to invest in small, growing companies that would have otherwise remained private. The asset class has been a moneymaker for investors as well, due to surging share prices. Given the strong appetite, it only makes sense to expect more biotech companies to jump on this fundraising trend.

Why Immunovant Stock Is Skyrocketing This Week

Why Shares of Immunovant Are Down Almost 10% This Afternoon

Why Immunovant Stock Is Bouncing Back Today
397%