Coronavirus worries and fears that the oil recovery is losing momentum have stocks lower today.

Yesterday's winners are today's losers. The S&P 500 Index (^GSPC 3.10%) closed down 16 points on Tuesday after energy and financials stocks fell 2.5% and 1%, respectively, giving up some of their big gains from Monday.

Five of today's worst-performing S&P 500 stocks are in the energy sector, with Apache (APA 0.56%) and National Oilwell Varco (NOV 1.45%) the biggest losers, down 7% and 6%, respectively. Airline stocks also joined in today's sell-off, with American Airlines Group (AAL 2.05%) and United Airlines Holdings (UAL 1.10%) rounding out the bottom 10, both down 4%.

The sell-off in financials was more broad than deep, with no stock falling more than 4%, but almost 90% of the sector's stocks down today. The biggest stocks in the financials sector declined, including Berkshire Hathaway (BRK.B 1.10%), down almost 1.5%, along with banking giants Bank of America (BAC 2.30%) and Wells Fargo (WFC 0.80%), down 1.3% and 2.4%, respectively. 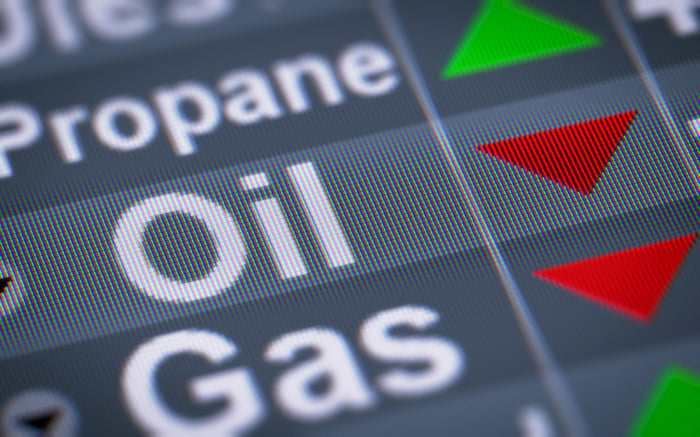 Trouble in the oil patch intensifies

Crude oil prices fell sharply today, with both West Texas Intermediate and Brent crude futures down 3.5%. U.S. crude is back below $40 per barrel, a level that means many U.S. independent producers are paying more to produce oil than they can sell it for. Today's oil sell-off washes out a lot of yesterday's gains, following news that Devon Energy (DVN 1.51%) and WPX Energy (WPX) agreed to a merger that created optimism of more M&A activity potentially helping save the U.S. oil industry.

Today, the realities of a weakening recovery, along with the threats of both rising coronavirus cases around the world and global giants soaking up market share at prices many producers can't match, has snapped investors back to reality. As much as demand has recovered from the lows of April and early May, the oil patch is still deep in a downturn, and global heavyweights like Saudi Arabia continue to use their pricing power to grab as much share as they can.

After a good day yesterday, airline stocks fell today. The industry remains stuck in the worst downturn in its history, and investors trade on expectations of a congressional stimulus. Shares were up on Monday based on optimism for a deal to let airlines keep more employees on the payroll by providing federal funds. But today, traders weren't as hopeful of such a deal. Joining American and United on the move lower today were Delta Air Lines (DAL 2.20%), down 2.3%, and Southwest Airlines (LUV 1.68%), closing 1.7% lower.

The path forward for the airline industry remains uncertain. Most major carriers have managed to get access to enough capital to ride out a protracted downturn, and the prospects for getting (or not getting) federal funds to offset payroll costs won't really affect their ability to outlast the downturn. What it does affect is what those employees will get: With no federal aid, tens of thousands of employees will be laid off and begin collecting unemployment.

Investors shouldn't spend too much energy focusing on the prospects for federal aid. The more important concern is the reopening of global commercial air travel, which means moving past COVID-19. Until that picture is clearer, investors should step very lightly in the airline industry.