The holidays are right around the corner, but for some this year may be a little more exciting than most. Sony Corp (NYSE:SONY) just launched its new PlayStation 5 gaming console. This is a big deal in the gaming world and probably well worth standing outside in a very long line for.

Is the launch of the PS5 a catalyst for Sony's stock or should investors temper expectations? 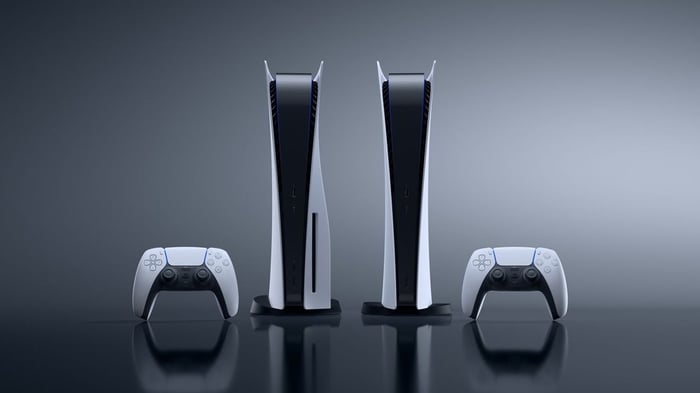 What to expect from the PS5 launch

It has been seven years since the PlayStation 4 came out and it is safe to say that gamers have high expectations for the new console. With such a large time gap between consoles, there will be a sizable jump in performance with the latest model. Most notably, the new PlayStation will have a significant improvement in graphics due to a much more powerful GPU chip.

At launch, the PS5's greatest rival will be its former self, the PS4. The success in large part will be based on how it does relative to the PS4, which, by the way, was extremely successful for Sony. For reference, the PS4 sold 7.6 million units in the first fiscal year of the launch of the console. The company has stated that they are aiming to exceed that figure. Not just that, the company expects the console to exceed the massive accumulated sales of the PS4 of 100 million units. The company says it will be a challenge, but a challenge they are committed to surpassing, nonetheless.

These may be some lofty expectations for Sony whose PS4 did marvelously well through its life cycle, but the company may have some early signs to back up those expectations. With the launch right around the corner, both Sony and Xbox have provided pre-orders for their respective consoles. Both companies hope to get as many customers through the door as early as possible to bolster sales at launch. Sony stated it pre-sold as many PS5 consoles in the first 12 hours in the U.S. as the PS4 did in the first 12 weeks. This is all great news, but the competition between the two companies has been heating up.

Both Microsoft (NASDAQ:MSFT) and Sony have been able to develop lucrative gaming divisions, taking sizable chunks of the huge market for video games. It is estimated that the global market for video game consoles in 2020 was $159 billion and is expected to exceed $200 billion by 2023.

Microsoft and Sony have been fighting for supremacy for some time now, with Sony usually being the one coming out victorious. In past cycles, the PlayStation has managed to outsell Xbox 2-to-1, attributed to the fact that Sony has been able to provide more compelling exclusive video game content for the PlayStation.

Rolling with the punches, Microsoft has adjusted its strategy this time around. The company recently announced its $7.5 billion acquisition of game studio ZeniMax, which will give it more access to exclusive game content. Microsoft also announced a video game subscription service called Game Pass which will provide subscribers access to a library of 100 games available on demand.

Of course, PlayStation already has its own game subscription called PlayStation Now which features over 100 games on demand. So, Microsoft is still behind Sony and trying to catch up.

Why PS5 won't move the needle

Launching a new game console will certainly have a positive impact on PlayStations; however, the impact won't be life-changing because Sony is an extremely large and diversified company. For those unfamiliar, Sony is a massive Japanese conglomerate with sizable businesses in the music industry, consumer electronics, and even life insurance, in addition to video games.

The bottom line is that Sony isn't a pure-play video game company. Of course, the latest PlayStation launch will help Sony show revenue and earnings growth, but investors should be aware that the business is much more than just PlayStation and the new console launch alone is probably not enough of a reason to buy the stock.