Please ensure Javascript is enabled for purposes of website accessibility
Free Article Join Over 1 Million Premium Members And Get More In-Depth Stock Guidance and Research
By Rick Munarriz - Dec 6, 2020 at 11:05AM

Nearly 200 stocks with market caps greater than $1 billion have doubled in 2020. Let's take a look at some that can do it again next year.

From a distance, 2020 seems like a pretty normal trading year. The S&P 500 is trading nearly 15% higher this year heading into the weekend, a better-than-average return -- but not a spectacular run. With the pandemic and a recession on the plate it's probably a refreshing surprise to see the market rolling, but some stocks are doing a lot better. 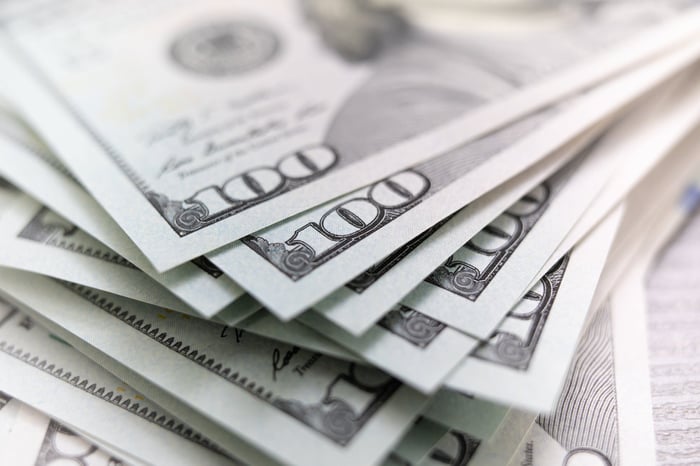 It's a not a surprise to see Freshpet shares up 128% in 2020 through Friday's close. Freshpet has the supermarket cornered in the realm of refrigerated food for dogs and cats with 22,371 branded fridges in its growing network. The COVID-19 crisis has resulted in an understandable spike in pet adoptions, and we're pampering our dogs and cats more than ever.

Freshpet is at the intersection of all of these favorable headwinds. The humanization of pets that finds us wanting to feed our furry friends more than dry kibble is a dinner bell for Freshpet's refrigerators across grocery stores, warehouse clubs, and mass market superstores. Net sales rose 29% in its latest quarter.

Demand for Freshpet's products is so strong that it had to scale back its advertising budget to make sure that its existing production can keep up with demand from existing clients. It's building out a new facility that will more than double its production by the middle of 2022. There are plenty of "stay-at-home" stocks that will slip in popularity once we're out and about more often, but Freshpet won't be one of them. We're not going to stop spoiling our pets when hunger pans strike.

One of this year's hottest stocks is still not a household name for most U.S. investors. Sea Limited is a fast-growing provider of online platforms in Southeast Asia. It started out as a gaming company a little more than a decade ago, but it now also operates the region's top e-commerce hub, Shopee. Its Sea Money digital payment and wallet platform isn't moving the needle just yet, but it is the fastest growing business for Sea Limited.

Things could get interesting on the fintech front in 2021. Sea Limited was awarded a digital bank license in its home country of Singapore on Friday. Revenue nearly doubled in its latest quarter, and Sea Limited is running on all cylinders. Its flagship online gaming platform was the relative laggard, and even there it came through with a 73% year-over-year revenue surge. There are now 572.4 million players on the platform. The stock has soared nearly fivefold in 2020, but until it becomes a household name outside of its home turf the ceiling remains high.

Advertising is an industry that doesn't typically thrive in a recession, but Magnite -- the combination of Telaria and The Rubicon Project earlier this year -- is playing things right. The merged company is cashing in on two growing trends, with Telaria's connected TV prowess working alongside Rubicon's scaled programmatic exchange.

Reported revenue rose 62% in its latest quarter, but ignore that heady top-line burst since the two companies weren't together a year earlier. The more accurate measuring stick here is the 12% in combined revenue growth for the period, a sum that may not be much but the synergies here should click in the coming quarters. The stock has risen 158% this year, more than doubling in November alone after posting better-than-expected financial results.

Freshpet, Sea Limited, and Magnite are winning growth stocks. The climate is right for them to keep winning in 2021.

Buy These 5 Stocks Before Another Market Rally