Investors have faced record volatility and an overload of potential market catalysts to consider this year. 2020 has also presented opportunities to build positions in stocks that have delivered incredible returns and look poised to deliver more big wins. Major indexes have pushed through uncertainty and gone on to set new highs, but it's not too late to add fantastic companies that can power your portfolio and shape your financial future.

Read on for a look at three stocks that are worth buying before the year is out. 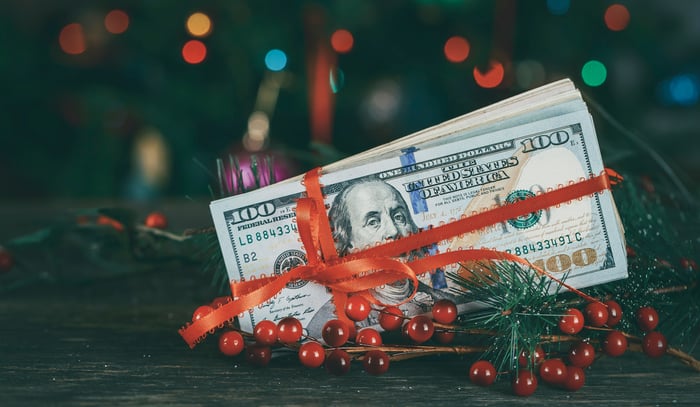 No matter what you might think about online dating, there's plenty to love about Match Group (NASDAQ: MTCH) stock. The company operates a portfolio of top dating apps including Tinder, Hinge, Plenty of Fish, Match, and OkCupid, and it stands as the clear industry leader in territories including the U.S., Canada, and Europe. In fact, the company estimates that 60% of relationships started on an online platform in the U.S. over the last 12 months began on one of its platforms.

Tinder generated more revenue than any other non-gaming app over the trailing 12 month period ending Sept. 30, according to tracker AppAnnie. Tinder was also the most downloaded dating app worldwide. The company's top app is posting eye-catching performance, and its overall app ecosystem has never looked stronger.

With online dating poised for big growth and expanding monetization opportunities in coming decades, Match is poised to be one of the market's biggest winners. Even with coronavirus-related conditions making dating more complicated, the business is still putting up impressive results. The company reported third-quarter results early in November, delivering 18% year over year sales growth and a 14% operating income increase.

With the potential for effective coronavirus vaccines to pave the way to a return to normalcy in 2021, Match could see its sales and earnings growth accelerate substantially next year and beyond. This is a growth stock that offers attractive upside potential and attractive risk-reward dynamics.

The video game industry has become a go-to destination for investors seeking stocks that offer attractive risk-reward dynamics.Record levels of engagement and a strong outlook for the growth of interactive entertainment give leading performers in the space an operating backdrop that points to the potential for market-crushing stock gains and limits downside risk.

Zynga (NASDAQ:ZNGA) is a leader in the mobile video games space, and it stands out as one of the industry's most attractive stocks to buy this month. The company is known for gaming franchises including Zynga Poker, Words With Friends, and Farmville, and it's also been on an acquisitions push that's brought game development studios including Small Giant, Gram, Peak, and Rollic into its corporate fold. With solid performance for core franchises and an assortment of development teams that's stronger than ever, Zynga's future hasn't looked this bright in roughly a decade. Investors have a chance to build a position in the stock at prices that leave room for huge gains over the long term.

Zynga has a market capitalization of roughly $9.5 billion and trades at about 23.5 times this year's expected earnings. The company has a strong balance sheet (with roughly $580 million in cash and short-term investments following its $180 million acquisition of Rollic), so it has plenty of resources to fund content updates for existing titles, develop new games, and acquire new studios that can accelerate growth.

There's a good chance that the company will be able to continue getting strong performance out of its current batch of core franchises and launch hit new properties, and I expect that the stock will turn into a big winner for long-term shareholders.

Socks and underwear are famous for eliciting groans when given as holiday gifts, but Hanesbrands stock has the potential to bring joy in the holiday season and beyond. The socks and underwear business admittedly looks pretty dull in an age where high-growth cloud software stocks are the market darlings of the day, but the company's Champion clothing brand is putting up strong performance and remains an underappreciated performance driver, and shares looks cheaply valued.

The stock stands out as an attractive buy because it offers both defensive potential and the opportunity to deliver market-crushing returns. Major indexes now trade at all-time highs, while Hanesbrands stock has lost roughly 6% year to date despite proving remarkably resilient amid this year's unprecedented conditions.

Sales and earnings in Q3 actually came in significantly ahead of the market's targets, but management guided for softer performance in Q4 and indicated that it might shift support away from some of its underperforming brands. The market overreacted to the guidance, and investors have an opportunity to buy shares at an appealing discount.

Hanesbrands is now valued at less than three quarters of this year's expected sales and trades at about 10 times this year's expected earnings. The stock also pays a dividend yielding roughly 4.3% and the company looks to be in good position to maintain its payout even as management mulls pivoting away from some aging brands. With its depressed valuation, hefty dividend yield, and big rebound potential, Hanesbrands is an overlooked stock that could elevate your portfolio.