Please ensure Javascript is enabled for purposes of website accessibility
Free Article Join Over 1 Million Premium Members And Get More In-Depth Stock Guidance and Research
By Christy Bieber - Jan 3, 2021 at 6:02AM

President-elect Joe Biden wants to make changes that would increase benefits for millions of Americans.

Social Security is a popular entitlement program that lawmakers have been reluctant to tinker with. But that could soon change as President-elect Joe Biden has laid out some ambitious plans that would result in millions of Americans getting more retirement benefits.

While his ability to implement his plans likely depends on whether the Democrats win control of the Senate in two runoff elections, these three possible changes to Social Security could soon be forthcoming if the country's new leader gets his wish. 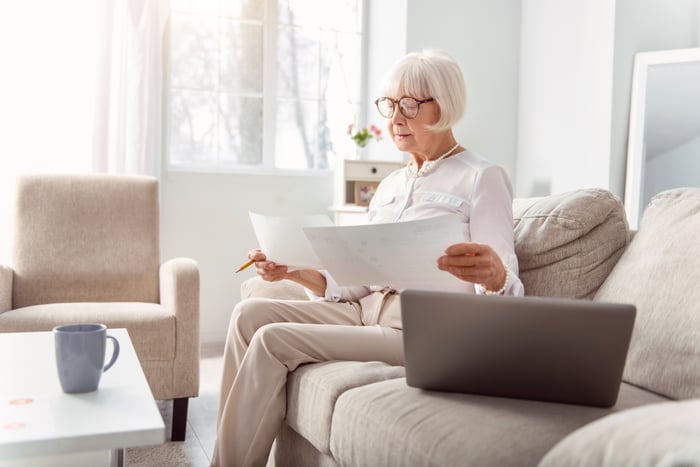 1. An increase in the minimum benefit

Social Security benefits are not large enough for most people to live on. And since benefits are based on wages you earned throughout your career, lower-income retirees get less money than higher earners -- even though they're most likely to depend on their retirement checks as a major income source.

Biden wants to help ensure that no seniors reliant on Social Security end up living in poverty. He'd do that by setting a new minimum benefit equal to 125% of the poverty level. While Social Security technically has a minimum benefit under the current rules, its value has eroded so much that there are no new recipients getting it. If Biden is able to implement this change, millions of the lowest-earning Americans will have a new guarantee of financial security in their later years.

Biden would also protect seniors from one of the biggest financial shocks they can endure: the death of a spouse.

Unfortunately, this can mean the surviving spouse sees household income cut dramatically -- sometimes in half if both spouses were receiving close to the same benefit. Biden's plan would allow surviving spouses to keep more of the combined money the couple was getting. The exact mechanism by which this would occur isn't laid out, but the president-elect's proposal indicates his plan would increase monthly income by about 20% for affected beneficiaries.

Social Security benefits haven't been keeping pace with inflation, so their buying power has been falling over time. This is an especially big issue for retirees who've been getting checks for a long while, especially as many of them may also be at risk of running short of savings late in life.

Biden wants to help out the oldest Americans by providing a higher monthly check to those who have been getting benefits for at least two decades. His plan would increase the primary insurance amount -- the number from which monthly check amounts are determined --  at a rate of 1% annually starting with the 16th year a retiree became eligible for benefits. By year 20, seniors would have received a uniform 5% increase to their primary insurance amount.

Together, these changes would help vulnerable Americans by providing more guaranteed retirement income to those most likely to need it.

But there's no guarantee any of these changes will happen. So current retirees should continue to budget carefully and monitor their withdrawal rate to protect their savings balance. And future retirees should make sure to save aggressively to end up with plenty of money to supplement their Social Security checks.