Please ensure Javascript is enabled for purposes of website accessibility
Log In Help Join The Motley Fool
Free Article Join Over 1 Million Premium Members And Get More In-Depth Stock Guidance and Research
By Keith Noonan, James Brumley, and David Butler - Feb 14, 2021 at 7:30AM

These super-hot stocks could wind up burning investors.

The next round of stimulus checks will likely bring a new surge of retail investor participation, and investors who back the right companies could wind up turning a $1,400 check into a much larger amount. Of course, doing so will involve taking on some risk, and it's fair to say that the stock market is looking volatile.

With that in mind, we asked three Motley Fool contributors to profile a hot, high-flying stock that they believe investors should stay away from right now. Read on to see why they think backing GameStop (GME 9.35%), Tesla (TSLA 5.14%), and Sundial Growers (SNDL -6.13%) with your stimulus money would be a bad move. 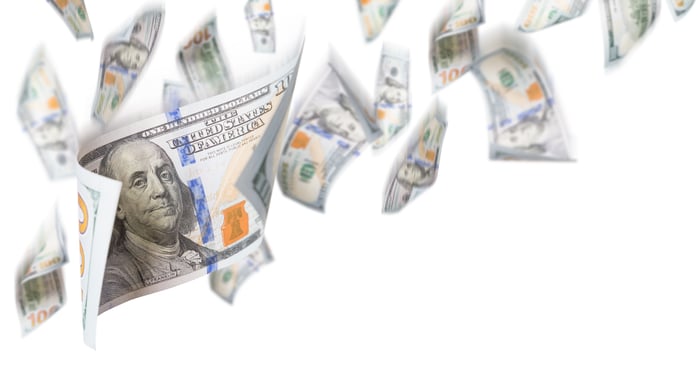 Don't try to recapture the magic

Keith Noonan (GameStop): The comeback rally for GameStop over the last year has been nothing short of incredible. The otherwise struggling retailer's stock started to rise following excitement about new video game consoles from Sony and Microsoft. It got another boost with news that Ryan Cohen, founder of the successful pet-focused e-commerce platform Chewy, was buying shares and taking an activist role in pushing the business to focus on online retail.

What happened next is a story for the history books. Individual investors coordinating on Reddit's WallStreetBets board and other internet social hubs noticed that some firms had placed huge bets against GameStop, and that buying of the stock could trigger a short squeeze that would result in the company's stock price skyrocketing.

GameStop went from trading at roughly $4 per share a year ago to trading as high as $483 per share at the height of the recent short-squeeze mania. Shares have recently pulled back substantially and are now trading in the $50 range, but investors seeking more explosive gains shouldn't pile into the stock with the hopes that it will enjoy another huge rally.

The short squeeze momentum that drove the stock's incredible gains appears to have dissipated and would be difficult to recapture even if investors coordinating online attempted to make another push. GameStop's incredible rally delivered huge wins for those who got in on it early, but the stock still trades up roughly 1,150% over the last year -- and all without much evidence of progress on its big e-commerce turnaround play.

Sometimes it's best to admire a flashy story from a distance instead of waiting for the chance to try to write yourself into it. There are plenty of other growth opportunities to be found in fast-developing markets including cloud computing, artificial intelligence, and augmented reality investors will probably be, and I think most investors will be best served by avoiding GameStop at this point.

Tesla's competition-free era is coming to a close

Rivals are finally responding. General Motors is planning to offer 30 different battery-powered cars by 2025, and Ford Motor says it's going to invest $22 billion in its electric vehicle effort by the end of the same year. A slew of other carmakers are also making respectably sized splashes on the EV front. Of course, none of them seem positioned to catch up with Tesla following what can only be described as a breakout year. In 2020 the company's top line grew 28% to $31.5 billion, prompting a swing to a profit of $721 million. Given that the EV powerhouse is now viable, the 400% run-up Tesla shares have seen over the past 12 months is perfectly understandable.

The fact is, however, the rally has carried Tesla shares to a valuation suggesting competitors won't eventually make a dent in its dominance. Big mistake.

We've certainly seen the market underestimate budding competition in the past. Take Cisco (CSCO 3.26%) as an example. It was all the rage in the late '90s when networking solutions were in demand and few other options existed. Like other tech names, Cisco shares struggled in 2000's dot-com crash and then began to recover in 2002. But the stock still hasn't revisited its early 2000 peak price. Newcomers such as Juniper Networks and Aruba stepped up their games in the meantime, preventing Cisco from reestablishing the sort of dominance it enjoyed a few years before. Intel is another name that's still not back to its all-time high reached in 2000 despite more than a decade's worth of sustained forward progress. Advanced Micro Devices and NVIDIA were both around 20 years ago, but both became much tougher competitors for Intel now. Never say never.

And if you need some numbers to flesh out the idea, the stock's presently priced at 31 times sales -- not earnings, but sales -- versus the S&P 500's current price-to-sales ratio of 2.8. Even giving the company a valuation pass based on trailing earnings while it's still growing, shares are still trading at an outrageous 67 times 2025's per-share earnings consensus of $12.03. And that's an estimate from analysts also struggling to grasp how much demand new electric vehicles from other makers may get once they become available.

None of this is to suggest Tesla is doomed, or that it won't remain the EV market leader for the foreseeable future. It'll survive, and probably thrive. The stock's valuation completely ignores budding competition, though, setting the stage for a pullback sooner or later. Reality always (eventually) trumps hype.

Don't fall for the pot craze

David Butler (Sundial Growers): If you're looking to put your stimulus check into the market, you need to decide whether you're investing or gambling. If you're investing, don't get pulled into the fray of speculation around cannabis stocks.

We watched most of the publicly traded cannabis stocks go wild in the last few weeks, as a Democratic-controlled U.S. government has drawn more speculation for a legalized U.S. market. That doesn't mean you should go and gamble your $1,400 stimulus check on it. We've watched names like Sundial Growers soar 250% this week. The stock has become part of the Reddit retail trader craze, and is rather lacking in financial fundamentals to support the run. In the third quarter of 2020, the Canadian cannabis producer lost 71.39 million Canadian dollars.

Overall, Sundial Growers hasn't had a year of profitability as a public company. Recently, it saw attention for its offering to raise $74.5 million. In the release, the company said it had CA$610 million in unrestricted cash after that offering. That cash gives the company some ammo, but it still doesn't seem like the best name within the sector. The larger names are garnering most of the market share. Moreover, the sentiment on a legalized U.S. market doesn't not mean that Canadian companies will be the ones to prosper. It just means that traders can create hype.

If you want to use your stimulus check to get involved in the cannabis industry, look at something like Canopy Growth (CGC 2.79%). Like most names in the cannabis industry, it has seen its fair share of financial losses, but its connections with Constellation Brands give it a long-term connection to the U.S. market. Constellation invested billions into the company, and could potentially take it over down the road. It now has its former CFO running things. If you really want to lower risk, invest in Constellation Brands itself.

Don't gamble your stimulus check. As evidenced by the 20% fall in Sundial Growers' shares on Thursday, these kinds of trades can just as easily turn against you.