These interesting companies are targeting huge market opportunities -- and can help keep your portfolio afloat in any market condition.

Dogecoin (DOGE 1.48%) has emerged as one of the most hyped assets in the market today. This is understandable, considering that the cryptocurrency is up 7,733% so far this year, far ahead of the benchmark S&P 500's returns of 11.84% in the same time frame.

Investors, however, should also consider Dogecoin's high volatility. Dogecoin has tanked by more than 50% from its all-time high of $0.74 in the past month (so, yes, at one point it was up more than 14,000%). This cryptocurrency is not backed by any asset and hardly has any sustainable advantage over rivals in terms of transaction fees or processing and settlement speeds. And with no hard limit to the number of Dogecoins that can be mined, this cryptocurrency is extremely sensitive to headline risk.

This makes Dogecoin a highly speculative investment for retail investors -- one that should mostly be avoided. Instead, NVIDIA (NVDA -6.30%), Skillz (SKLZ 2.38%), and Jushi Holdings (JUSHF -0.97%) can prove much better portfolio holdings in the long run. 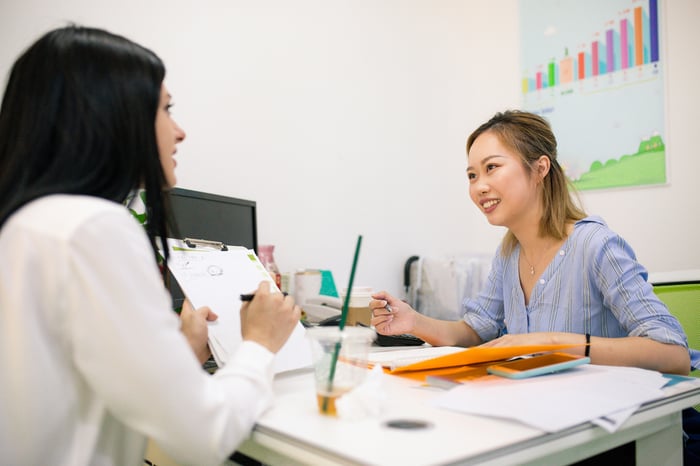 If you want to invest in leading-edge semiconductor technology powering artificial intelligence, cloud computing, autonomous driving, 5G, and several other next-generation trends, then NVIDIA may be exactly the right stock for you.

Long known as a leader in the gaming space for its graphic processing units (GPUs), NVIDIA further strengthened that position by launching GeForce RTX 30 Series GPUs in September. Since then, GeForce has triggered a massive GPU upgrade cycle in the gaming industry, and demand for NVIDIA-powered laptops and desktops from students, gamers, and creators has been outstripping supply.

With this backdrop, although NVIDIA trades at more than 40.8 times forward earnings, the premium valuation seems justified. Investors can earn handsome returns by picking up this market-leading semiconductor stock even at these elevated levels.

Mobile esports platform Skillz has been on a wild ride in the past few months. The company IPOed via the special purpose acquisition company (SPAC) route at an opening price of $17.89 in December, reached as high as $46.30 in February, and then tanked to an all-time low of $12.40 in April. The dramatic drop has been associated with several factors, including investors moving from growth to value stocks, some adverse short-seller reports, ill-timed capital raises, and equity dilution involving significant insider selling.

The sheer magnitude of Skillz's sell-off, however, seems unjustified. Skillz provides mobile game developers with a platform to organize competitions and then collects 15% of the gross proceeds paid by players participating in these competitions. In the first quarter of fiscal 2021 (ending March 31), Skillz's monthly active users rose by 3.8% year over year to 2.7 million, and paying user count jumped by 81% to 467,000.

In an open letter to retail investors, Skillz founder and CEO Andrew Paradise highlighted the platform's high engagement level, noting that once users start paying, they stay with the company for the long run. While Skillz is currently focused only on paying users, Paradise's letter noted plans to explore other monetization methods, such as "non-intrusive advertising" and "gamifying other industries and experiences," to add new revenue streams in the coming years.

In the first quarter, Skillz's revenues jumped 92% year over year to $84 million, ahead of its previous guidance of $80 million. The company also bumped up its year-over-year fiscal 2021 revenue growth estimate from 59% to 63%. However, this guidance does not include the potential gains from new game launches or entering new geographies.

The company has entered into a multi-year gaming agreement with the National Football League (NFL). While this deal will not add materially to Skillz's top line in fiscal 2021, it will attract more users to the platform. The company also plans to enter India by the end of fiscal 2021, a move expected to grow its addressable market by 65%. Against this backdrop, chances of Skillz reporting a steep revenue growth trajectory in coming quarters remains high.

Currently trading at 31 times trailing 12-month (TTM) sales, Skillz is still quite expensive, especially given that it's not profitable. However, the company is a solid bet on the growth potential of the mobile gaming market, which has expanded annually at a compounded average growth rate of 23% between 2015 and 2020. With a gross margin of 95%, a cash balance of $613 million, and zero debt, Skillz offers an attractive risk-reward proposition to retail investors.

Shares of U.S. multi-state cannabis operator Jushi Holdings are up over 450% in the past 12 months -- and for a good reason. Although it's among the smaller U.S. cannabis companies, the company has strategically selected markets with high growth potential and limited competition in which to operate, including Ohio, Pennsylvania, Virginia, Illinois, California, Nevada, and Massachusetts.

There are 528,000 registered medical marijuana patients in Pennsylvania, and the market is expected to rake in $1.5 billion in revenues by 2023, meaning that Jushi stands to benefit dramatically in coming months. As Pennsylvania moves toward legalizing recreational marijuana, which is a major topic ahead of 2022 elections, Jushi's extensive presence can help establish its brands rapidly in this new market.

Jushi currently operates four dispensaries in Illinois, a state which legalized sales of recreational cannabis starting Jan. 1, 2020. With an estimated 2021 annual run rate of $1.3 billion, Illinois is well-positioned to be a major revenue driver for the company. The company also holds one of the only five vertically integrated licenses in Virginia -- allowing it to cultivate, process, and sell medical cannabis to customers in a market with limited competition. Virginia is expected to commence recreational cannabis sales in 2024, which will further boost Jushi's addressable market.

In first-quarter 2021 (ending March 31), Jushi's revenues rose 29% sequentially to $41.7 million. The company also has a strong balance sheet with $168 million cash and $82 million debt. Against the backdrop of a robust strategy and solid financials, Jushi could prove to be an attractive investment for retail investors.