Is the company's growth in jeopardy, or is this much ado about nothing?

On a day when the Dow Jones Industrial Average and S&P 500 touched new highs, shares of Plug Power (PLUG 0.38%) headed in the other direction. As of 10:20 a.m. EDT today, the fuel cell specialist's stock was down 3.3%, having recovered slightly from its earlier decline of 4.3%.

It's not anything the company is reporting today that's scaring off investors, but rather news out of China and its apparent interest in the hydrogen economy. 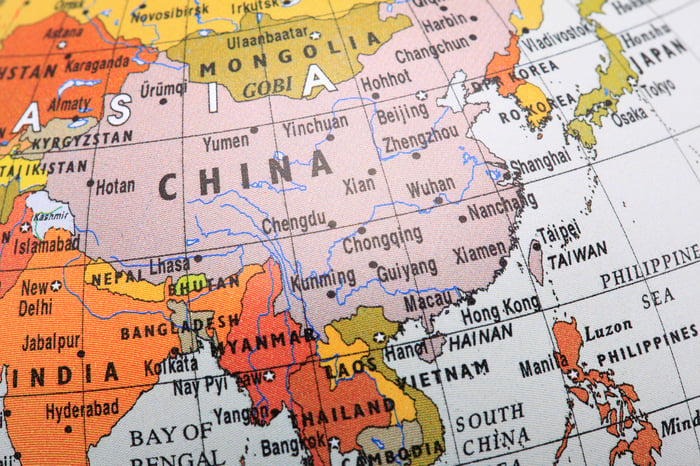 Plug Power investors are responding to news today that China is making a multibillion-dollar investment in developing its hydrogen infrastructure. According to Reuters, China Petroleum & Chemical Corporation, or Sinopec (SNP 2.36%), plans to invest about $4.6 billion on expanding annual green hydrogen production capacity to 200,000 metric tons by 2025 for the transportation industry. Speaking about the company's new initiative, Ma Yongsheng, its president, said, "Sinopec will expand forcefully into making hydrogen from renewable energy, and zero in on hydrogen for transportation fuel and using green hydrogen for refining."

Investors are taking note today because Plug Power has articulated an interest in expanding beyond manufacturing fuel cells and into green hydrogen production, targeting daily green hydrogen production of 500 tons by 2025 and 1,000 tons by 2028. Although Plug Power hasn't stated an interest in entering the Chinese market, it's possible that investors had anticipated the company would plan this at some point.

It's understandable why Plug Power investors are unhappy with the news out of China today, but it seems like it's an overreaction for investors to sell shares based on this development. The greater concern for shareholders should be the company's fundamentals and not China's interest in expanding green hydrogen production capacity.