Get ahead of September's major stock market themes to improve your investment strategy.

September has historically been the worst month for stock market returns, and risks are swirling. Coronavirus case volumes are rising in many parts of the world, and the Federal Reserve has communicated its desire to start tapering its purchases of bonds before the end of the year.

Healthy skepticism is fair, but don't let the headlines and history freak you out. There might still be room for the stock market to run. 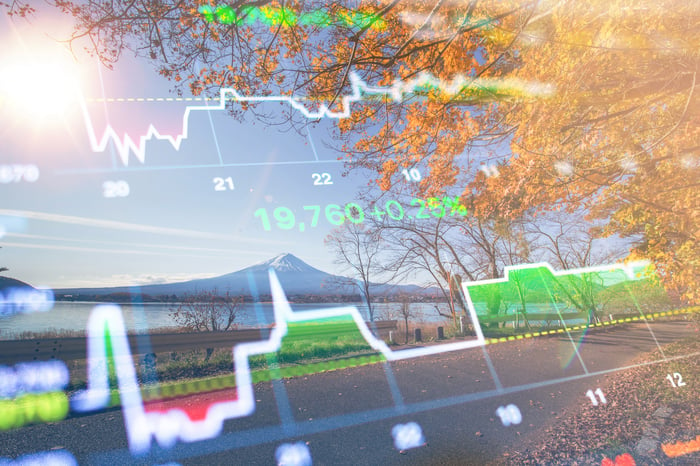 Optimism was high back in April when asset manager surveys showed that inflation and interest rates had surpassed the coronavirus as the most prominent threat to the stock market. It seemed that a full economic recovery was inevitable and rapid. Investors were worried that the economy would actually grow too fast, necessitating a reaction from the Fed to raise interest rates.

Things have rapidly reverted. Economic expansion and inflation aren't quite as high as some had forecast. This allowed the Fed to lay out a measured timeline for reducing bond purchasing in 2021 before raising rates in subsequent years. The market shot up in response to central bank communications in August, led by higher-risk growth stocks.

Unfortunately, an old foe has reared its head once again. New variants of COVID-19 are spreading across different countries, triggering travel restrictions and weighing on consumer behavior. Hotel stocks and airline stocks struggled relative to other industries as a result.

In September, chatter about interest rates and inflation will likely take a back seat. Investors will be monitoring the spread of the coronavirus, as well as the regulatory and corporate responses to the public health crisis. If the impact of the pandemic remains manageable, this month should be decent for the market. If infection rates rise quickly, expect some volatility in the stock market.

We entered a so-called "risk-on" period in August. Riskier investments are more palatable when investors think there's relatively smooth sailing ahead. There are certainly concerns related to the ongoing pandemic and a global economy that's not operating at full capacity. However, the focus has shifted away from growth stocks with aggressive valuations, even if that's only temporary.

Corporate earnings have been strong. The Fed also hinted at an accommodative timeline for interest rate hikes, which has been well-received by the stock market. Index leaders such as Amazon, Alphabet, Microsoft, Apple, Facebook, and Tesla have all proven that they can thrive in a COVID-weakened economy. There might be a rougher patch for consumer cyclicals and certain retail stocks, but high-growth tech stocks are looking at favorable conditions.

At some point, we'll see valuations come back down toward historical levels. September just doesn't seem like the month where an event will instigate that move, assuming economic data doesn't force the Fed to accelerate its plan.

3. Volatility will pop up at some point

There's a clear path to avoid a correction in September, and there's a great chance we see further returns. That doesn't mean that it won't get choppy at some point. If economic news creates more risk aversion, investors might quickly move away from the high-valuation stocks that have been driving markets higher.

Bad news about coronavirus outbreaks could send the VIX higher. Exceptionally high inflation statistics could have the same effect. The Federal Reserve Open Market Committee meets on Sept. 21 and will release economic projections. Don't be shocked to see some jitters leading up to important dates, and be prepared for a dip if news isn't favorable. Things are tenuous right now.

Ultimately, we're still dealing with uncertainty. Things could stumble along, and the stock market could climb substantially higher before the next correction. Alternatively, a rough spell could easily lie right around the corner. Make sure your investment portfolio is set up to handle any potential outcome, and prepare yourself to react constructively to volatility.