Growth stocks have reigned supreme for much of the last decade, but there are signs the market is on the verge of rediscovering its love for value stocks. Now could be a good time to invest in companies that trade at low earnings and sales multiples and sport big dividends.

While they tend to be less flashy in some respects, value stocks don't have to be boring, and they have the potential to put up market-crushing returns if purchased at opportune times. Read on for a look at two companies that have what it takes to be winners for your portfolio. 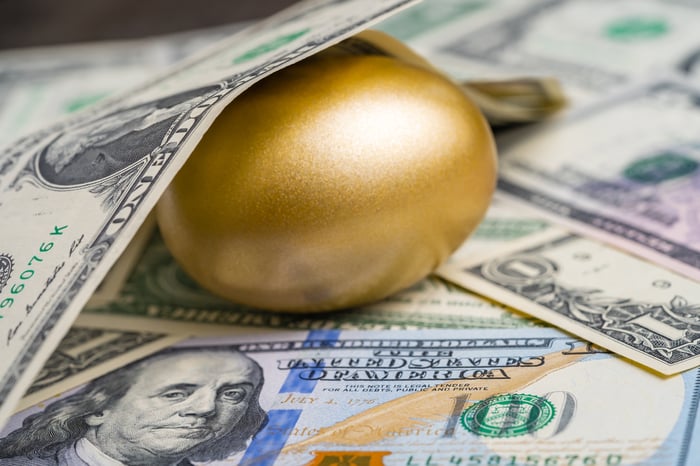 Verizon (VZ -1.67%) has recently received a huge vote of confidence from one of history's most famous value investors, Warren Buffett. Buffett and Berkshire Hathaway purchased a nearly $9 billion stake in the telecommunications giant in last year's fourth quarter, immediately making it the investment conglomerate's sixth-largest stock holding. That's quite the vote of confidence from The Oracle of Omaha, and there are compelling reasons to be bullish on the company's stock.

For one, Verizon has a great brand. Research from Brand Finance ranked Verizon as the single most valuable brand in the telecommunications space, and the firm estimates that the company has increased its brand value roughly 8% across last year and ranks as one of the 10 most valuable brands in the world.

The company operates the largest wireless network in the U.S., and it frequently nabs top honors for both the performance of its network and customer service quality. For example, RootMetrics has ranked the company as the top network provider in the U.S. for 14 years in a row. Network connectivity will only become increasingly important in business and everyday life, and Verizon looks primed to deliver growth as it provides a top-rated service in the category.

Verizon will have opportunities to capitalize on 5G adoption in the consumer and enterprise markets. It may also have some underappreciated opportunities for growth in related markets, including edge computing and digital advertising -- which will play an increasingly important role in data distribution amid explosive growth for connected devices and video content.

Verizon stock trades at roughly 10 times this year's expected earnings and sports a 4.6% dividend yield. The company has a sturdy business built around its essential communication services, and it should be able to weather market volatility and put up solid results through economic conditions thick and thin. For investors seeking strong dividend stocks, Verizon has the makings of a great portfolio addition.

Hanesbrands (HBI 0.45%) is a sturdy player in the clothing and apparel space, and it looks like the stock has what it takes to be a long-term winner. The company was able to adjust to pandemic conditions fairly quickly and lessened the negative effect on the business with a deftly orchestrated pivot into protective wear production.

Masks and other protective gear won't be a meaningful part of the business going forward, but execution in the category was impressive, and the company is on track to emerge even stronger as the world bounces back from the pandemic.

Hanesbrands has been in the process of a major cost-cutting initiative, and it's shifting to become a more efficient competitor in the clothing and apparel space. The company will likely shutter or otherwise pull resources from brands that are underperforming, simplifying the business and putting it on better track to grow earnings over the next decade and beyond by focusing on its strongest categories.

The company's Champion brand has posted impressive performance in recent years and is at the center of the turnaround effort. The brand looks to have the makings of a long-term growth driver. To be clear, Champion isn't on the same level as names such as Nike or Adidas, but its resurgence is clearly not a flash in the pan at this point, and there's attractive room for continued long-term growth.

Retail disruptions and schools switching to at-home classes over the last year have pressured sales for the brand and Hanesbrands at large, but the company should benefit from post-pandemic retail recovery. It's positioning resources to better drive growth for the brand, and continued online retail and direct-to-consumer initiatives should help push overall margins higher.

The stock looks cheap valued in line with this year's expected sales, trading at roughly 11 times expected earnings, and paying a dividend yielding 3.1%.