Are the stocks for these electric vehicle-focused companies bargain picks or is there a reason for the fall?

Electrical vehicle stocks have seen some correction this year. The price of EV start-up Arrival (ARVL 3.26%) stock is down roughly 45% since its listing in March. Hyliion Holdings (HYLN -0.33%) stock price has fallen nearly 50% while Nikola (NKLA -0.76%) stock is down nearly 30% year to date.

Let's take a closer look at each of the three EV stocks to find if their fall in 2021 presents a possible buying opportunity.

Newly listed Arrival (it completed a merger with a SPAC in March) has come up with an innovative way to make EVs more affordable by cutting production costs. Instead of conventional auto factories, Arrival is establishing the so-called "micro-factories" that require significantly less capital investment. Arrival's production process avoids stamping and welding, and its micro-factories won't have a paint shop. That's because Arrival's vehicle bodies are made of a composite material that uses polypropylene and glass fiber.

In addition to cost savings, the use of this material makes the vehicle lightweight compared to cars with steel bodies. London-based Arrival is right now setting up two micro-factories -- one in Rock Hill, South Carolina, and the other in Bicester, U.K.

Arrival, which specializes for now in delivery vans and passenger buses, has received nonbinding orders and letters of intent for 59,000 vehicles. Around 43% of these are from the Americas, another 43% from Europe, and 14% from India. Overall, Arrival's concept looks interesting, but how it will work in terms of actual costs and performance remains to be seen. Notably, the start of commercial production has been delayed from the earlier expected fourth quarter of 2021 to the second quarter of 2022.

Arrival management has some ambitious targets in terms of sales and EBITDA. The company expects to generate $1 billion in sales in 2022. Importantly, management said the company can generate positive EBITDA in 2022 itself. According to management, its low-cost model will allow it to generate profits even at low volumes. Arrival management forecasts 2024 sales of $14.1 billion and gross profit of $3.7 billion. If it reaches anywhere near that sales number, the stock at today's price is a steal. Just be aware that this is a big "if." 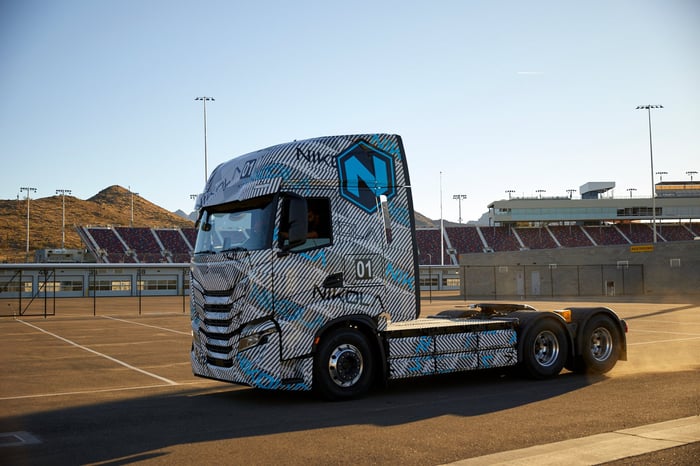 After a very rough year that included allegations of fraud and the resignation of founder and former CEO Trevor Milton, fuel cell electric truck maker Nikola has had what might be considered positive news of late. German group Bosch recently agreed to supply its fuel cell know-how and some components to Nikola. Further, automaker Hyundai Motor recently expressed its belief in hydrogen's potential as a key fuel for the future. Finally, Nikola is on track to make its first trucks available in 2021 and is continuing to expand its dealer network.

All the above are clearly positive developments for Nikola. However, the stock faces two key concerns. First, it is competing in a crowded space and doesn't seem to have any major competitive advantage over its peers. Even if Nikola manages to roll out the first few vehicles, how it will position itself for long-term growth isn't clear. Second, the alleged false claims of its past management don't inspire confidence in the stock.

Hyliion differs from other EV start-ups as it does not plan to make vehicles itself. The company plans to sell only drivetrains, which can run on natural gas or hydrogen fuel cells. While Hyliion's powertrains don't offer a fully clean alternative right away, it can potentially offer one if hydrogen fuel cells are used.

Hydrogen fuel cells are believed to be a potentially viable alternative to batteries for heavy vehicles. That's because heavy vehicles need more power, making batteries bulkier and unsuitable for use right now. 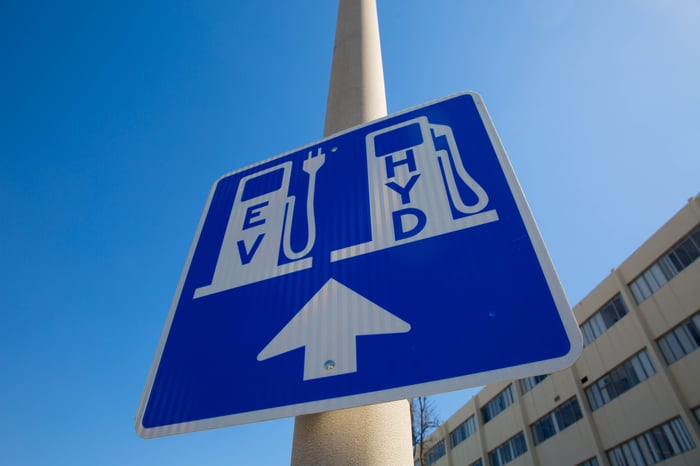 The biggest benefit of Hyliion powertrains is that they can be retrofitted in existing diesel-powered trucks. So, it greens the fleet without the significant costs involved in replacing the entire fleet. Hyliion's powertrain units are expected to be commercially available in late 2022. The company claims to be progressing as per its plans and does not need additional funding for its planned product launches.

A couple of risks need to be kept into consideration, though. First, there are several legacy and new automakers that are targeting the heavy electric vehicles segment. They are developing their own vehicles and may not source powertrains from Hyliion. Second, the stop-gap solution of using natural gas to reduce emissions might not be very valuable if hydrogen-powered trucks become mainstream sooner than expected. All in all, the lack of excitement surrounding Hyliion stock seems reasonable.

Why Arrival, Cenntro Electric, and Lordstown Motors Shares Are Down Today
370%