Let’s take a look at 3 ways Nintendo’s irrational fear of piracy defined its business over the past 18 years.

These days, everyone has an opinion about what Nintendo (NTDOY -1.21%) should do next.

Nintendo's alarming 70% and 25% reductions of its full-year forecast of Wii U and 3DS sales, respectively, have sparked endless debates about the future of the company -- should it abandon hardware altogether, start making mobile games, or buy its former rival Sega?

The truth is that most people are looking at the wrong part of the company. The real key to Nintendo's future lies in its past, and understanding how its stubborn, paranoid fear of piracy shaped the company's identity today.

1. Proprietary software designs
When Nintendo dominated the 8-bit and 16-bit eras in the 1980s and 1990s, it repeatedly struck down companies, such as Tengen, which refused to pay Nintendo's licensing fee or conform to its quality control standards. Nintendo also threatened to revoke retailers of their supply of licensed titles if they carried these unlicensed games.

In 1991, Nintendo planned to add a CD-ROM, made by Sony (SONY 0.53%), to the 16-bit Super NES. However, Nintendo eventually pulled out of the agreement, and Sony turned the system into the industry-altering PlayStation in 1994.

Nintendo abandoned the CD-ROM format because it was afraid that its games could be easily copied. Therefore, instead of migrating to CDs, as its rivals had done, Nintendo stubbornly stuck with the cartridge format with the fifth generation N64 in 1996.

Nintendo's N64 cartridges could only store 64MB compared to a standard 640MB CD. Nintendo also required its third-party developers to purchase expensive cartridges to test out its games.

The tiny space of the cartridge -- which made it tough for companies to add recorded voices, orchestral music, and full-motion videos to its games -- handed the console market to Sony on a silver platter as third-party developers like Capcom (NASDAQOTH: CCOEF) and Konami (NYSE: KNM) embraced the PlayStation.

Although Nintendo moved to a disc-based format with the sixth-generation GameCube, it stubbornly made it smaller than the PS2, once again to prevent piracy. As a result, the GameCube's smaller disc tray was unable to play DVD movies or audio CDs.

The seventh-generation Wii finally offered games on proprietary discs similar to DVDs, but by then Sony had already moved on to the Blu-Ray format.

As a result, Nintendo was always a generation behind in terms of overall storage capacity:

Granted, not every developer needs to take advantage of the full storage capacity of the disc, but Sony has repeatedly looked more accommodating to developers than Nintendo with its higher capacity storage media.

2. Proprietary hardware designs
Meanwhile, Nintendo needed to find a way to pull away from Sony and Microsoft (MSFT -1.11%) as the seventh generation approached, but it was still afraid of its software being duplicated.

This was painfully evident in its continual crackdown of PC emulators for the NES, Super NES, and N64 consoles. 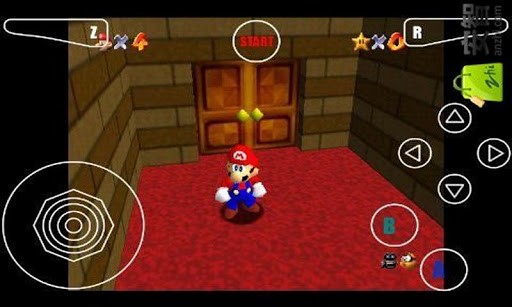 The solution was the Wii -- an underpowered machine that offered a unique motion control scheme that hadn't been offered on a mainstream console before. The Wii was a huge success, selling over 100 million units over seven years before it was discontinued across most of the world last November.

The Wii's success, however, convinced Nintendo that it had to take the same approach in both handheld and home consoles.

To discourage emulation of its handheld games, Nintendo introduced the DS, which had two screens -- a regular display and a touch screen. Its successor, the 3DS, enhanced its top screen with stereoscopic 3D. That innovation made the 3DS, which has sold 42.8 million units worldwide, a huge success.

Unfortunately, Nintendo's need to be original led to the design of the eighth generation Wii U -- a device that has less horsepower than either Microsoft's Xbox One or Sony's PS4, and offers a second screen that many consider redundant. The device has sold 5.6 million units since November 2012, making it the worst selling Nintendo home console of all time.

Microsoft introduced Xbox Live in 2002 and Sony added the PlayStation Network (PSN) in 2006, leaving Nintendo in the dust until 2012, when it finally decided to launch the Nintendo Network.

However, Nintendo's developers reportedly failed to research Xbox Live or PSN before launching the network. A widely cited interview with a third-party developer published in Eurogamer claimed that Nintendo's developers told them that "it was no good referencing Live and PSN as nobody in their development teams used those systems." 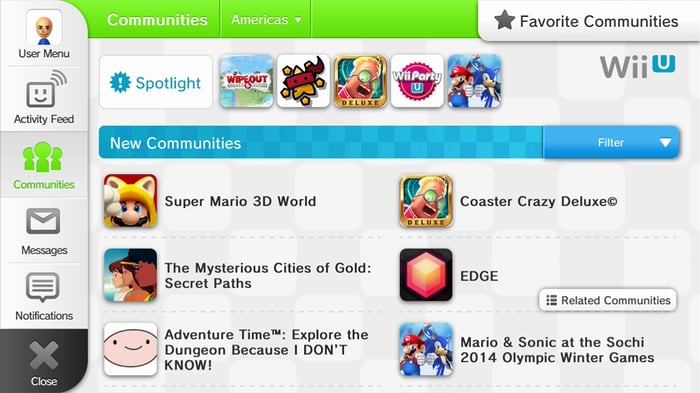 Nintendo Network on the Wii U. (Source: Wikimedia)

It just all happened too late -- adding a multiplayer network should have been Nintendo's top priority when it launched the original Wii in 2006. Although the current number of Nintendo Network users is unknown, it probably still has a long way to go to catch up to Sony's 110 million PSN users and Microsoft's 48 million Xbox Live users.

Ironically, the rise of online multiplayer gaming and the need for constant Internet connections turned out to be one of the best piracy deterrents of all.

Gamers might be able to play a single-player campaign in a pirated game, but they are usually unable to play multiplayer games -- simply because the company's servers can easily recognize and disconnect pirated versions of the game. Multiplayer gameplay comprises such a large part of many games today that playing a single-player campaign is equivalent to playing a demo of the game.

The bottom line
In closing, Nintendo's fear of piracy was the primary reason that Nintendo forced itself to do everything differently from Sony after the N64 era. While that resulted in some big hits, like the Wii and the 3DS, it also resulted in some huge failures, such as the Wii U.

Looking forward, Nintendo has shown resistance to mobile games or free-to-play games for the same reason that it has resisted launching an online multiplayer network. The company is resistant to change because it feels entitled to dictate the market trends in the industry it was instrumental in creating.

The future of Nintendo will not be dictated by abandoning hardware, making mobile games, or buying smaller rivals. It will be decided by its willingness to embrace changing trends in gaming, rather than slavishly sticking to its dated vision of what the video game industry should be.