DreamWorks is off to a slow start in 2014 with 'Mr. Peabody & Sherman,' but one Fool thinks investors have no reason to worry.

Two very different movies took audiences back in time this weekend, but only one could claim the top spot at the domestic box office.

To the surprise of few, that honor went to Time Warner's ( TWX ) 300: Rise of an Empire, which came in at the high end of expectations grossing an estimated $45 million.

At first glance, though, that seems light considering the graphic, quasi-historical effort cost Warner Bros. $110 million to produce. By comparison, its predecessor cost just $65 million, opened to an incredible $70.9 million, and ended as 2007's highest-grossing R-rated film with a worldwide gross of $456.1 million. 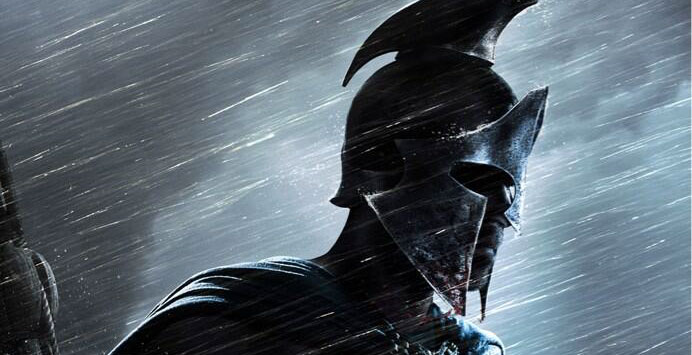 But however visually beautiful its battles, nobody really expected Rise of an Empire to repeat 300's stellar performance, anyway.

What's more, it seems to be enjoying greater global acceptance this time: Though this weekend's start puts Rise of an Empire on track to gross "just" $135 million in the U.S. -- assuming it follows a similar path as 300, which grossed $210.6 million domestically -- it has already brought $87.8 million overseas, or a full two-thirds of its current total. When all was said and done in 2007, just 53.8% of 300's worldwide gross was derived internationally.

Should we be worried about DreamWorks?
Meanwhile, it's tempting to be disappointed with 20th Century Fox & DreamWorks Animation's ( DWA ) tag-up in Mr. Peabody & Sherman, which snagged second place with $32.5 million. For perspective, as DreamWorks' first film of 2014, Mr. Peabody & Sherman is also its second-weakest March opening ever, ahead of only the dismal $12.8 million achieved by The Road to El Dorado in 2000. 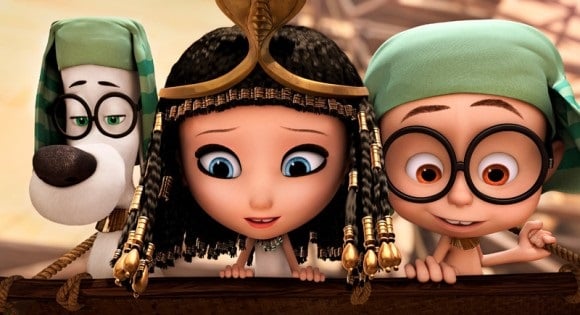 Mr. Peabody & Sherman is off to a slow start in the U.S. Credit: Dreamworks Animation

Keeping in mind The Croods opened at $43.6 million last March en route to a $187.2 million domestic total, Mr. Peabody & Sherman is on pace to gross around $139 million in the U.S. over the next few months. DreamWorks plunked down $145 million to bring Mr. Peabody & Sherman to life, which makes this weekend all that much more troubling as there should have been little by way of competition preventing its success.

Still, Time Warner's The LEGO Movie just simultaneously grossed $11 million in its own fifth weekend, bringing its global gross to $360.6 million and proving audiences still aren't quite ready to let go of the $60 million film. Heck, even Disney's ( DIS -1.90% ) four-month-old blockbuster Frozen managed to make the top 10 after adding another $3 million this weekend.

However, I don't think it's entirely fair to compare Mr. Peabody & Sherman to either of this year's biggest family-friendly blockbusters.

Disney's Frozen, for one, has proven a different beast entirely after setting a new record with its Thanksgiving debut, winning two Oscars, and grossing over $1 billion worldwide to make it the biggest movie to ever come from Walt Disney Animation Studios.

Time Warner's toy-centric film also had a great start, staying number-one at the box office for three consecutive weeks after constructing the second-largest February launch of all time.

And even if it was, DreamWorks has recently proven it's adept at turning seeming box office disasters into successes. Take the horrific $21.3 million U.S. debut of Turbo last Summer, for example, which initially had industry analysts -- including myself -- expecting big writedowns to follow. However, DreamWorks management went on to stun investors during its earnings conference call the following week, when they insisted a late push in worldwide prints and advertising spending would not only avoid such losses, but also enable them to push Turbo into the black.

Sure enough, despite costing $135 million and only posting $83 million in U.S. ticket sales, Turbo managed to add an additional $200 million internationally by the time it closed in mid-December.

Finally, remember DreamWorks investors can also look forward to the June release of How to Train Your Dragon 2, which has some big shoes to fill after the first film grossed nearly $495 million in 2010. That shouldn't be hard to follow up, however, as DreamWorks used its hit Dragons TV series on Cartoon Network to keep enthusiasm for the brand fresh.

In the end, DreamWorks may not be putting up the record numbers investors have come to expect this year, but I'm convinced the animation studio will continue to do just fine.