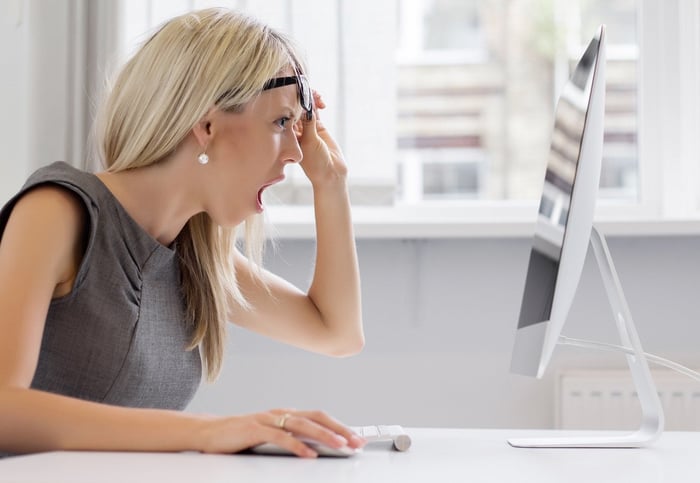 For many Americans, borrowing money is a way of life.

Mortgages and car loans are incredibly common, as most people can't afford to make such big purchases without borrowing. But these aren't the only types of debt that many households carry. In fact, new research from The Ascent shows just how high our collective debt load is -- and it's a shocking number.

So how much do Americans owe? Read on to find out.

Here's the total debt balance Americans are carrying in 2020

According to The Ascent's research, total household debt in the third quarter of 2020 added up to $14.35 trillion dollars. This is a record high, which means that collectively we're borrowing more than ever.

This includes all different kinds of debt, including:

It makes sense that mortgage and car loans account for the lion's share of the $14.35 trillion that Americans owe. Many people who shy away from carrying a credit card balance will take on these types of debt. And people tend to borrow much more for a home or car than they would charge on their credit cards.

But, Americans still have more than $807 billion in credit card debt, which is widely considered "bad debt." Credit card debt is labeled as bad debt due to the high interest rates credit cards usually charge. Plus, people are more likely to use their credit cards to buy things that don't appreciate in value to increase their net worth (unlike, say, houses).

Borrowing for a car is often necessary as people need a vehicle to get to work or fulfill family obligations. That said, many people borrow too much to buy a vehicle and extend their loan repayment period for too long. These borrowers effectively end up always having a car payment and tie up hundreds of dollars each month to pay it.

What does this mean for individual Americans?

The fact that Americans owe a record high $14.35 billion as of the third quarter of 2020 certainly doesn't sound good. However, it doesn't mean every household has committed to paying interest to creditors. In fact, some people owe much more than others. Not everyone has a mortgage or credit card debt, for example, and some households don't have a car loan.

What can you do if you owe too much?

If you're doing your part to raise these averages because you have a lot of debt, you'll want to carefully consider how all this borrowing impacts your financial situation.

Perhaps you've borrowed a lot of money for a home. As long as your total housing costs are below around 30% of your income, you're likely in pretty good shape. After all, homeownership tends to help you build wealth, and if you've kept your payments below 30% of your pay, you probably haven't made yourself house-poor.

But if you owe a lot on high-interest credit cards, have a big car loan, or find that you're struggling to save money because of your debt load, you should probably consider developing a debt paydown plan. Both the debt snowball and debt avalanche methods of picking one debt and focusing on repaying it ASAP can help you to make progress. Then you can redirect your money to other financial goals.

Remember, just because Americans like to borrow and collective debt balances have grown to record highs doesn't mean you have to jump on the bandwagon. There's no reason to commit yourself to paying interest for the rest of your life.