It's not uncommon for workers to roll funds from one retirement plan to another. In fact, this frequently happens when people leave their jobs and need a new home for their retirement cash. But there are two options for retirement plan rollovers: direct and indirect.

With a direct rollover, the money from your current retirement plan is transferred directly to a new qualified plan. With an indirect rollover, you'll receive a check for your retirement account balance, and it'll be up to you to deposit that money into a new qualified plan within 60 days. If you don't complete the transfer within this time frame, you'll be considered to have taken an actual distribution, and with that can come unwanted taxes and, depending on your age, early withdrawal penalties. 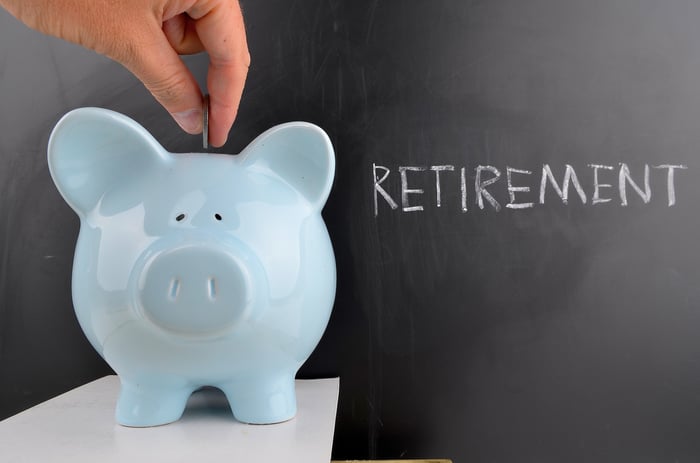 You have 60 days to complete an indirect rollover from one qualified retirement plan to another. Otherwise, you'll face taxes on your distribution, plus a 10% early withdrawal penalty if you're under the age of 59 1/2.

Furthermore, under IRS rules, your plan administrator is typically required to withhold 20% of your account's value for tax purposes. So if, for example, you're looking at a $30,000 balance and decide to close your existing account and indirectly roll it into a new one, you'll have $6,000 withheld and receive a check for the remaining $24,000 only.

Here's the problem, though: If you don't replace that missing 20% (or, in our example, $6,000) with funds from another source -- say, a savings account -- when rolling your balance into your new qualified plan, that missing amount will be considered a distribution and that will have consequences of its own. First, you'll be subject to taxes on it, just as you'd pay taxes on a 401(k) or IRA distribution in retirement. Second, if all of this goes down before you've reached age 59 1/2, you'll face an early withdrawal penalty equal to 10% of the amount you fail to replace. Ouch.

Another thing to keep in mind about indirect rollovers is that you're only allowed one per 12-month period. This limit, however, does not apply to direct rollovers.

Why choose an indirect rollover?

Generally speaking, a direct rollover is preferable to an indirect rollover for a number of reasons. First, it eliminates the temptation to spend money that was initially, and should continue to be, earmarked for retirement.

Say you're sitting on a $30,000 check from your old 401(k) with every intention of depositing it into a new qualified account within that critical 60-day window. But what if you suddenly find yourself strapped for cash or an unexpected bill lands in your lap? You'll really need to resist the urge to use that money for something other than funding your new retirement plan.

Next, if something goes wrong as you attempt to get your new retirement plan set up (say, a paperwork glitch) and you exceed that 60-day window, you'll be subject to the taxes and penalties that come with taking an early retirement plan distribution. With a direct rollover, you'll never face that risk, because you'll never take custody of that money in the first place.

The only good reason to opt for an indirect rollover is if you need to remove money from your old plan quickly and don't yet know where you want to put it. An indirect rollover will give you 60 days to do your research and come up with a new home for your savings.

Another scenario where you might use an indirect rollover is if you have an immediate, short-term need for that cash, and you're certain you can replace it within that 60-day window. For example, say you're closing on a new home just prior to completing the sale of your old one. Rather than take out a bridge loan, you might use the money from your old retirement plan to make your down payment. Then, if you close on your old home a couple of weeks later, you can use the sale proceeds to replace the funds you used for your new home, thus completing the transfer to your new qualified account on time.

If that sounds like a risky move, then you'd be correct. In fact, if anything, it should further drive home the point that taking an indirect rollover for the purpose of using that cash on a short-term basis is just plain imprudent.

Unless you have a valid reason for choosing an indirect rollover, in most cases, you're better off transferring money from one retirement plan to another directly. It'll save you a world of hassle while keeping your account balance intact.

What Is an Indirect Rollover? @themotleyfool #stocks Next Article
Current