Please ensure Javascript is enabled for purposes of website accessibility
Log In Help Join The Motley Fool
Free Article Join Over 1 Million Premium Members And Get More In-Depth Stock Guidance and Research
By Maurie Backman – May 17, 2020 at 9:36AM

While the pandemic has hurt many Americans, a large number were in dire financial straits before it began.

Millions of Americans have seen their finances take a turn for the worse due to COVID-19. And with unemployment levels reaching record highs, it's easy to see why so many people are in a tough spot right now.

But let's not forget that a large number of Americans were doing poorly, financially speaking, before the pandemic took hold. In fact, before the crisis, one-third of Americans could only miss three paychecks before needing to borrow money or skip paying bills, according to Northwestern Mutual's 2020 Planning & Progress Study. And before COVID-19, 71% of Americans felt that their financial planning needed improvement. 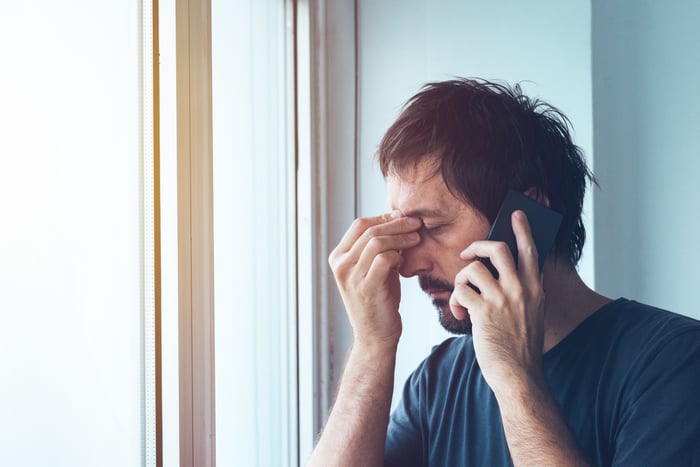 If your finances were in bad shape before the pandemic, it's imperative that you take steps to improve them once things get back to normal. Here are a few moves you should aim to make.

A large percentage of Americans are out of work right now, and while some are managing to get by on boosted unemployment benefits, others are still struggling. But it's fair to say that unemployed workers with emergency savings are in a far better place than those without.

If you don't have an emergency fund and your income has taken a hit during the pandemic, then you may not be in a position to build cash reserves right now. But once your income situation improves, be sure to spend less than what you earn so that you're slowly but surely able to build up a cushion of three to six months' worth of living expenses. Getting a second job once the economy opens back up can also help you achieve this goal.

There's a difference between healthy debt, like a mortgage, and unhealthy debt, like that of the credit card variety. Credit cards are particularly dangerous because they're notorious for charging high levels of interest, so if you're carrying a balance, work on getting it paid down once your emergency fund is complete. The money you don't throw away on interest can be used to achieve other financial goals, and as a bonus, paying down credit card debt could also help your credit score improve. That way, you can borrow more affordably when you need to -- say, when the time comes to get a new car or refinance your home loan.

Though building retirement savings won't improve your near-term financial picture, it'll improve your long-term prospects. Seniors who attempt to live on Social Security alone often wind up with a host of financial struggles later in life, so it's important that you make an effort to sock money away for the future. Once your emergency fund is established and you're no longer facing the same amount of costly debt, you can start contributing steadily to an IRA or 401(k). You may be pleasantly surprised at the amount of money you're able to sock away over time.

Though the COVID-19 crisis has been catastrophic for too many Americans to count, the reality is that a large number of people needed to get their finances in order before it started. If that's the boat you were in, do your best to ride out the current storm, but once it's done, make an effort to get on track. Doing so will give you peace of mind and put you in a better position to withstand any future crisis you encounter, whether it's a global one or a personal one.