I can just imagine thousands of readers, having seen the headline above, screaming, "You can't borrow from your IRA!"

Technically, you're right. The law is very clear on this point. If you borrow from your IRA, or even use your IRA funds as collateral for a loan, you've entered into a prohibited transaction. In this case, the amount that you borrow (or the amount used as loan collateral) is considered a deemed distribution, subject to all of the taxes and penalties imposed on early IRA distributions. That's true for both Roth and traditional IRAs. 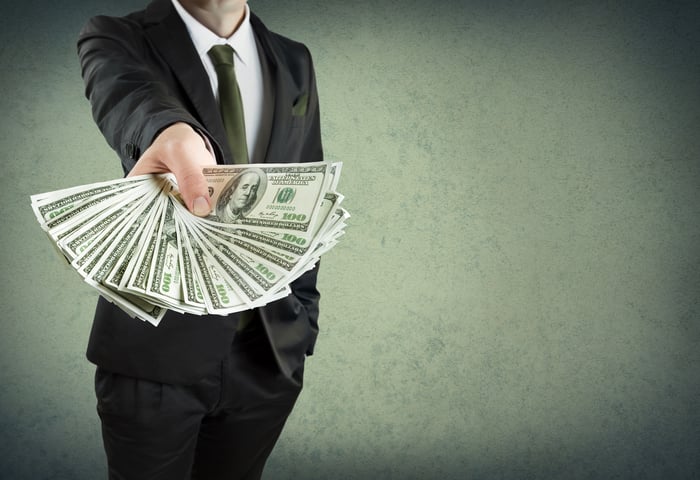 How it's done
However, there's a little-known way around these messy rules. If you're only looking for a short-term source of money, and you can repay those funds within a 60-day period (and you'd better make darn sure you can!), then it can be done. After all, a 60-day period is generally more than enough time to secure a loan (or other source of permanent financing) in order to make the repayment. It's a simple way to get your hands on a considerable amount of money without having to fill out a bunch of forms or pay any additional loan fees or other expenses, and you don't have to pay interest on the loan during that 60-day period.

Consider a friend of mine who has a substantial balance in her IRA account. She was presented with an investment opportunity that was just too good to pass up. Alas, the deal needed to be funded and closed within the next three days, and the amount of money needed was in the high five figures. Few of us have that kind of money in our couch cushions, my friend included.

She called me to bemoan the "deal that got away," and we began discussing alternatives she hadn't considered. The first was borrowing from her IRA account. She was resistant at first, since "everybody knows you can't borrow from your IRA account!" But when I told her how to do it, she immediately called her IRA trustee. The funds were wired the next day, and the deal was done. She'll now have plenty of time to obtain more permanent financing in order to repay the funds within the required 60-day period, either with a home equity loan, loans against other properties, a margin loan against her stock portfolio, or some other method.

IRA rollover
How? It's called an IRA rollover, and the rules that govern it apply to both traditional and Roth IRA accounts. Understand that you can move funds from one IRA account to another, but not more than once in a 12- month period. Nevertheless, the law allows you a 60-day "grace period" in which to move the funds. And, as it turns out, you aren't required to actually move the funds to another account. They can be redeposited back to the original IRA account and still satisfy the "rollover" provisions. Additionally, you only have to "roll over" the amount of the funds originally taken. You don't have to pay any interest on the funds you've put to use for the last 60 days or so.

Better still, you can elect to take these funds without the "mandatory" 20% withholding. It's the best of all possible worlds, as long as you get the money back into another (or the same) IRA account within the required 60-day period.

A word of warning
You'll want to be careful, since 60 days is a very firm limit. The IRS is exceedingly strict on this point, and it won't consider any flimsy (or even great) excuses if that 60-day period is missed. You'll want to make sure that you count the days, since 60 days does not mean two months.

To meet the 60-day rule, start counting on the day after you receive the check, and include the day you deposit the money into your IRA. For example, if you get the check on Sept. 1, you must get the money into your IRA on or before Oct. 31. Understand also that there are no extensions for weekends or holidays, and beware of the 12-month rule. The rollover provisions can only be applied once every twelve months. Essentially, you can only "borrow" from your IRA once in a 12-month period. If you have multiple IRA accounts, make sure that you don't get tripped up with these rules, since they can get complicated.

But even with the restrictions, this little tax gambit could come in handy when time is short and you need to get your hands on some cash, fast! Don't overlook it.

Fool contributor Roy Lewis loves the idea of an interest-free loan. Taking a look at the Fool's disclosure policy won't cost you anything, either.

Borrow From Your IRA! @themotleyfool #stocks Next Article
Current