Shares of auto lenders and the Detroit automakers have been rocked this week. Here's why.

Shares of Ally Financial (ALLY -1.00%) fell almost 3% on Tuesday after the company warned that its profit was likely to grow much less in 2017 than it had anticipated just a few months ago.

But Ally's shares weren't the hardest-hit by its warning. The concerns raised by Ally sent shares of the Detroit automakers and other auto-financing companies down sharply as well.

What's going on? Used-car prices are falling faster than expected. Here's why that has investors concerned. 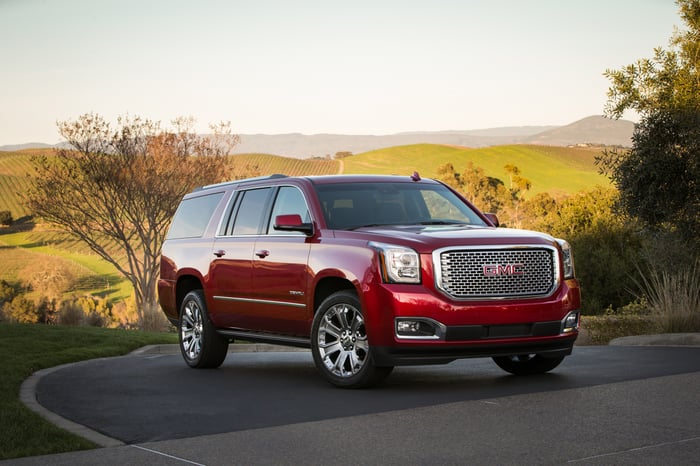 Why used-car prices are dropping

To be clear, Ally pointed to several factors in its decision to scale back its 2017 growth guidance. Not all of them had to do with used-car prices, or even with auto lending. Ally started life as GM's financing unit, but today it's a diversified consumer bank. And there are other pressures on auto lending right now, including concerns about rising interest rates.

But the rate of decline in used-car prices was a factor in Ally's warning, and a big factor in the broader sell-off. Last week, the National Automotive Dealers Association (NADA) reported that its used-car price index, which tracks pricing of used vehicles up to eight years in age, fell 8% in February from a year ago. The index is now at its lowest level since 2010.

That drop was bigger than most analysts expected. But it's not a surprise that used-car prices are falling. It's a natural consequence of the surge in leasing that we've seen over the past few years. More U.S. consumers have been turning to leasing instead of buying, as a way to lower their monthly payments on vehicles that have been selling at record high prices.

That surge in leasing has led to a glut of just-off-lease vehicles coming on to the used-car market, pushing prices downward. That's not a bad thing if you like to buy your cars lightly used. But it has a big impact on several different types of businesses.

Why do falling used-car prices hurt lenders? Again, it's about leasing. New-car leases are priced using the vehicle's "residual value," a careful estimate of what the vehicle will be worth at the end of the lease term. If the vehicle turns out to fetch less than expected when the lender resells it at a used-car auction, the lender's profit on the lease contract will be lower than expected.

Lenders don't generally determine residual values on their own. They're determined by experts at independent companies, who have years of experience with the used-car markets. Those experts have been pricing in a decline in used-car values -- but again, values are dropping more sharply than expected.

That is hurting banks that provide lease contracts. Auto leases were just 7% of Ally's portfolio as of the end of 2016, but they made up 22% of Santander Consumer's and the in-house banks owned by the automakers.

The falling prices also hurt lenders that provide regular vehicle loans, particularly those that lend heavily to subprime borrowers. With a vehicle loan, the vehicle is the collateral; if it's worth less than expected, lenders have to increase balance-sheet provisions against future losses -- and they'll recover less on vehicles that are repossessed.

Almost 40% of Ally's retail auto-loan originations last quarter were to borrowers with FICO scores below 660. Nearly all of Credit Acceptance Corporation's loans are to borrowers in that group.

Automakers take a double hit when used-car prices fall. First, as noted above, profits at their financing arms are squeezed when off-lease vehicles are resold for less than the residual values in the leasing contracts.

Both choices have unhappy implications for automakers' bottom lines.

The upshot: Don't be surprised if more of these companies warn

Again, the concern about falling-used car prices isn't new. Ford has been ratcheting down leasing at its in-house financial arm for several months. Its 2017 guidance takes the impact of falling used-car prices into account, as does General Motors'. We've heard similar concerns from other automakers. Some of the impact is already "priced in" to these companies' stocks.

But it's possible that the steeper-than-expected decline in used-car prices last month will lead to more warnings, more revised guidance -- and more share-price drops over the next several days.