Cypress Semiconductor's (NASDAQ:CY) strong earnings performances this year and speculation about stronger content inside Apple's (NASDAQ:AAPL) next iPhones has pushed the stock close to its 52-week high. Shares of the embedded-semiconductor specialist have jumped roughly 30% so far in 2017 and investors are awaiting the company's second-quarter results after the bell on July 27.

Here's what investors can expect. 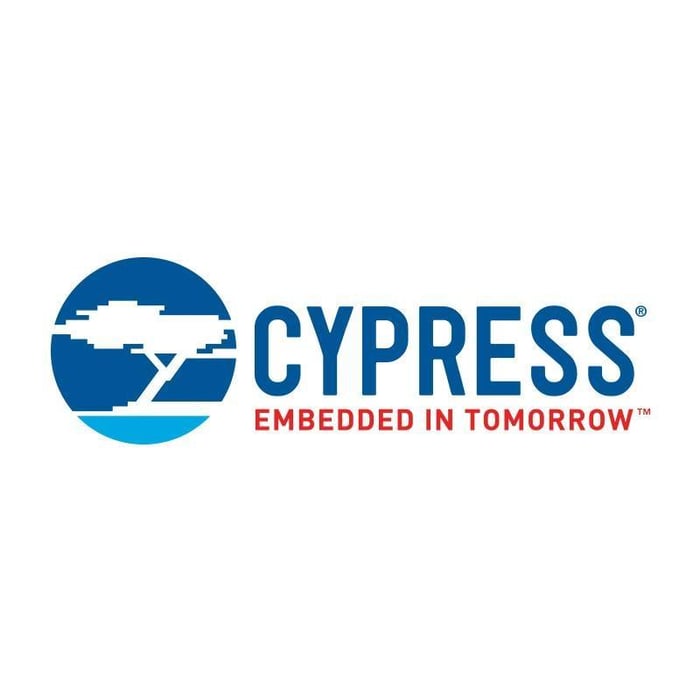 Wall Street analysts expect Cypress' revenue to jump close to 20% from the prior-year period to $547 million, while earnings per share are expected to go up from $0.12 to $0.16. The estimates are in line with the guidance the company had issued when it last reported earnings, though it won't be surprising if it manages to trump expectations.

Cypress had already booked 90% of its revenue in the first month of the quarter, thanks to a stronger book-to-bill ratio of 1.3 as customer demand ramped up fast. More importantly, the company believes that the second quarter was stronger than seasonal patterns, which further strengthens the possibility of a top-line beat.

On the other hand, Cypress is busy expanding its factory utilization rates. The company had sold its wafer-fabrication facility in Minnesota earlier this year in a bid to reduce costs through improvement of its utilization rates.

This can potentially boost the company's margin and lead to a stronger-than-anticipated earnings performance. Therefore, the chipmaker looks set to deliver yet another quarter of impressive revenue and earnings growth. However, investors will be closely monitoring Cypress' guidance.

It's widely anticipated that Cypress will power a new fast-charging feature in the upcoming iPhones. Cupertino is expected to adopt Type-C power delivery in the next iPhone models, after Samsung decided to deploy the technology in the Galaxy S8.

Cypress is one of the leading players in the USB-C space and is already supplying these chips to Samsung. More importantly, CEO Hassane El-Khoury's comments  indicate that demand for the company's Type-C controllers will grow strongly in the second half of 2017, possibly because of a design win at Apple.

Estimates are Cypress could gain somewhere between $87.5 million and $157.5 million in revenue from Apple thanks to the adoption of USB-C charging. Such an achievement could enhance its earnings by $0.11 to $0.19 per share, says investment research firm Needham.

But investors shouldn't get excited just yet, as iPhone production seems to have run into a roadblock. Chinese news outlet Economic Daily News (by way of MacRumors) suggests that iPhone production is facing severe delays and may have been pushed back by at least a quarter. However, analysts have probably baked this possibility into their forecast, as they expect Cypress' revenue to grow just 9% year over year in the September-ended quarter, which is usually one of the best periods for Apple suppliers.

But investors need to move their focus beyond Apple, as Cypress has now trained its sights on the fast-growing market for smart-home devices. The company has developed a range of ultra-low-power microcontrollers that need 26% less power than rival chips do, making them ideal for use in Internet of Things applications.

The improving traction of this business could help boost Cypress' third-quarter outlook even if the Apple account fails to deliver. In fact, investors shouldn't be much concerned with Cypress' near-term outlook, as the company has solid long-term catalysts that will help sustain its strong financial growth.