Please ensure Javascript is enabled for purposes of website accessibility
Log In Help Join The Motley Fool
Free Article Join Over 1 Million Premium Members And Get More In-Depth Stock Guidance and Research
By Jason Hall - Aug 23, 2017 at 6:00AM

Natural gas is a major source of global energy, and shipping it long distances often requires liquefying it. These eight countries dominate LNG exports, and you may be very surprised by the names on the list.

Natural gas is one of the most important energy sources on Earth, providing more than one-fifth of the planet's energy generation each year, behind only oil and coal. And that share is likely to increase in the years ahead, with plentiful and cheap natural gas resources around the world beginning to offset coal for economic and environmental reasons. On top of that, natural gas is an essential raw material in a variety of industrial and consumer products, making it a doubly important commodity as the world's middle class grows in population.

The catch? Much of the natural gas is located thousands of miles from the markets where it is consumed. For this reason, many of the biggest producers cool it into liquefied natural gas, or LNG. This reduces its volume some 600 times, making it possible to ship it around the world. Eight countries dominate LNG exports, making up well over 80% of the market. Several of them may surprise you -- particularly No. 2, a country rarely considered an energy powerhouse. Here they are, listed in descending order of export volume. 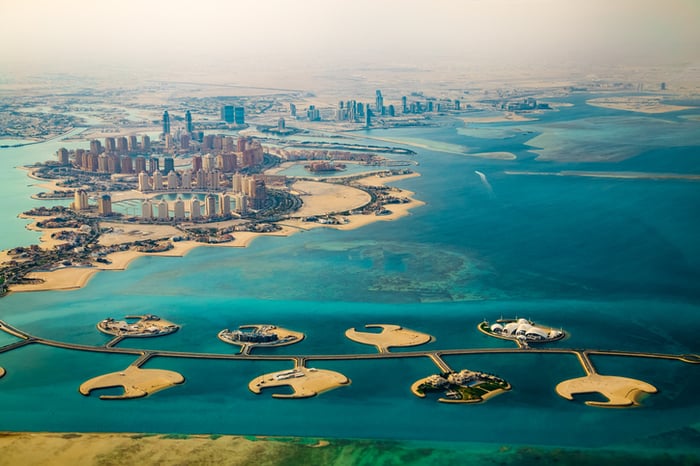 This tiny Middle-Eastern country on the northeastern coast of the Arabian Peninsula sits on top of some of the largest natural gas reserves on the planet, many of which are found offshore. With a tiny population of just over 300,000 Qatari citizens, Qatar relies heavily on immigrants to run its economy: About 2.3 million non-native expatriates living in the country make up over 90% of its workforce. Qatar's natural gas and oil reserves are the biggest single driver of the economy. Its small native population, combined with its massive natural gas revenues, makes Qatar one of the world's richest countries on a per-capita basis.

Qatar exported 77.2 million metric tons (MMT) of LNG in 2016, good for a massive 29.9% of the global total. With a fairly steady annual output, Qatar has dominated LNG exports for over a decade. It still has the third-largest reserves in the world, so that dominance is likely to continue. 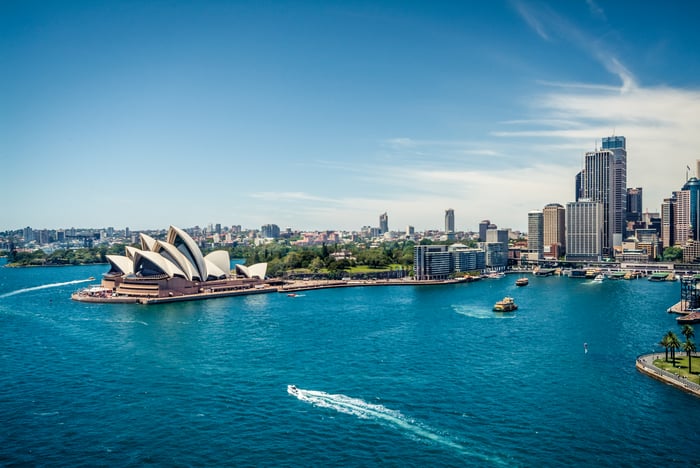 Australia may be one of the last countries to come to mind when you think of energy. But with substantial offshore natural gas reserves, the country has become a major player in LNG exports over the past decade, more than doubling its output since 2004. In 2016, the country exported 44.3 MMT of LNG, putting it second in global market share with 17.2% of the total.

However, in the past year, domestic natural gas prices have spiked due to internal shortages. Earlier this year, Australian Prime Minister Malcolm Turnbull took measures to curb exports in order to support domestic consumers, primarily manufacturers and other industrial users. This could slow the country's export growth in coming years. 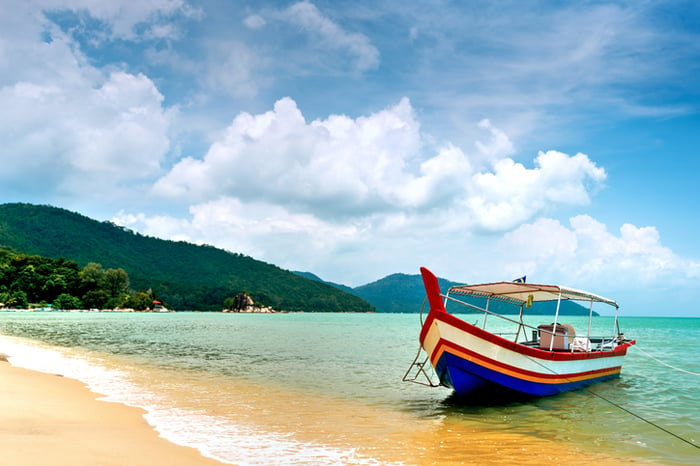 Located on the same Southeast Asian peninsula as Thailand, Vietnam, and Cambodia, Malaysia may also come as a surprise on this list. The country exported 25 MMT of LNG in 2016 -- nearly 10% of the global supply.

Similar to nearby Australia, Malaysia has substantial offshore natural gas reserves located on a continental shelf it shares with Thailand. While Thailand isn't on this list, the two countries jointly develop the natural gas and share the proceeds, having worked together on developing these assets for almost three decades. 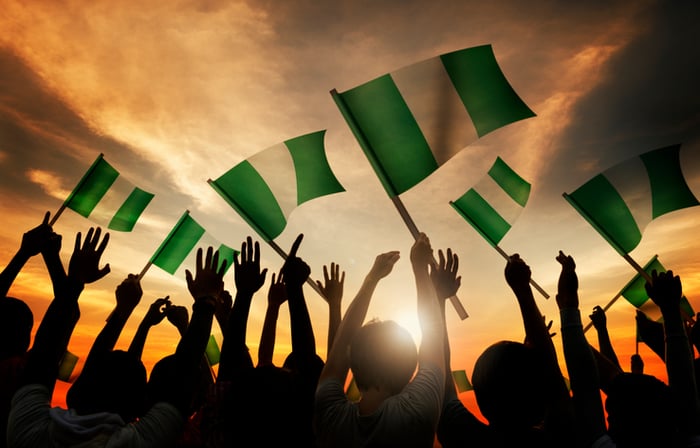 One of only three OPEC member states on the list of biggest LNG exporters, Nigeria produced and exported 18.6 MMT of LNG in 2016, or 7.2% of global market share. And while Nigeria's LNG export volume is far smaller than that of fellow OPEC member Qatar, the country is far bigger, with 190 million residents making it one of Africa's most populous. It's also Africa's biggest economy, in no small part because of its oil and gas resources.

Also a major oil-producer, Nigeria produced 1.75 million barrels per day during the second quarter of 2017. Its oil and gas industry has also been the target of insurgents for years, a major reason its LNG exports fell 1.8 MMT from 2015. Unfortunately, Nigeria's oil and gas wealth hasn't benefited all of its citizens: It is estimated that 80% of Nigerians live on less than $2 per day. 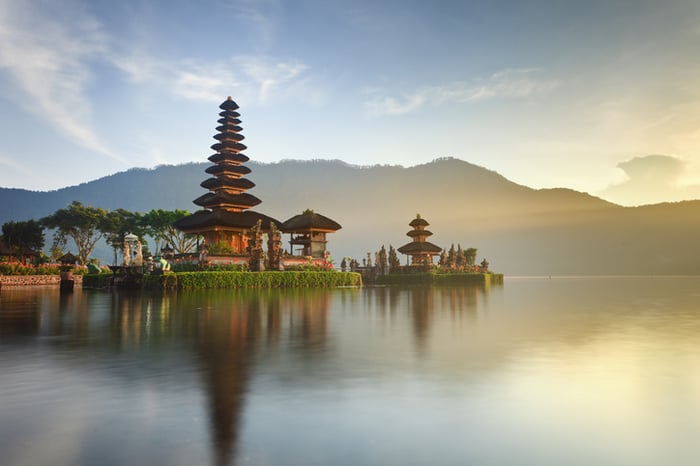 Located between Malaysia and Australia, the country of Indonesia is made up of thousands of islands, including popular vacation destinations such as Bali. It's also more likely to be associated with coffee than with natural gas, given that Java and Sumatra are within its borders. In 2016, Indonesia liquefied and exported 16.6 MMT of natural gas, good for 6.4% of global supply. 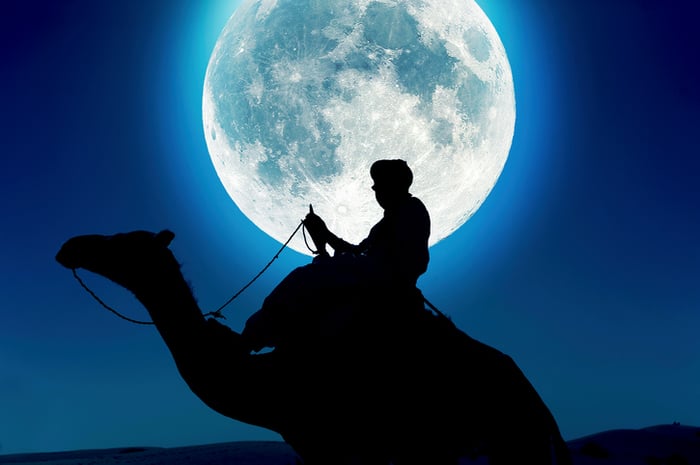 Home of part of the Sahara desert, Algeria is the biggest country by landmass in Africa. In 2016, its LNG exports came to 11.5 MMT, 4.5% of the global total. It's also a major producer of oil. According to OPEC (of which it is a member), Algeria produced 1.1 million barrels of oil per day on average in 2016 and exported a total  of 48.6 MMT of natural gas (including non-liquefied natural gas, which is typically transported through pipelines). 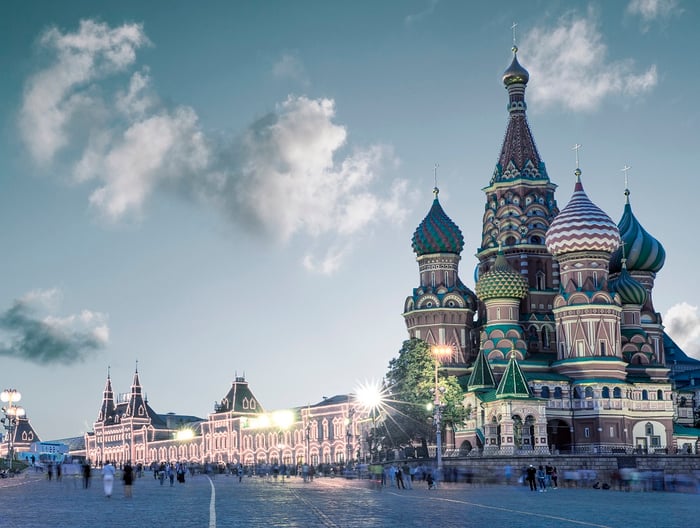 While Russia is pretty far down this list with 10.8 MMT of LNG exports in 2016, it is one of the biggest natural gas producers in the world. According to the BP Statistical Review of World Energy, Russia produced 521.5 MMT in 2016, second only to the United States.

Russia uses a significant amount of its natural gas for both energy and petrochemical manufacturing. Last year, the country consumed over 351 MMT internally. It can also use pipelines for much its natural gas exports, which is a faster and cheaper method than liquefying and shipping natural gas. Last year, Russia exported 172 MMT of natural gas via pipelines, mainly to European countries. 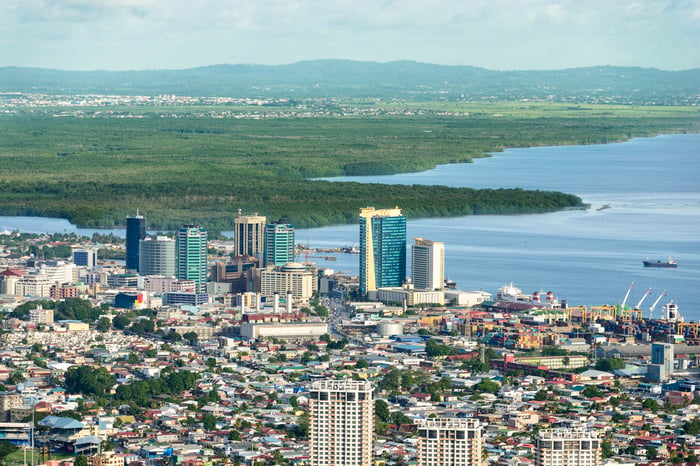 Many travelers will know Trinidad, the larger of the two islands that make up the country of Trinidad and Tobago, as the birthplace of the steelpan, the limbo, and calypso music. However, its vast oil and gas reserves, located in its waters off the northern coast of Venezuela, make Trinidad the third-richest country in the Americas by per-capita GDP, behind the United States and Canada.