Ford Motor Company's (NYSE:F) struggles in China continued last month. The Blue Oval's sales in the world's largest new-car market fell 26% in April from a year ago, as sales of nearly all Ford-brand models fell by double-digit percentages.

This was far from a one-month fluke. So far in 2018, Ford's sales in China are down a worrisome 21%, following a 6% decline in 2017. China was once a promising growth story for Ford, but things have turned sharply in the last year.

Now, Ford is hoping that investors will see it as the beginning of a turnaround story -- and it said that its turnaround effort hit an important milestone in April. 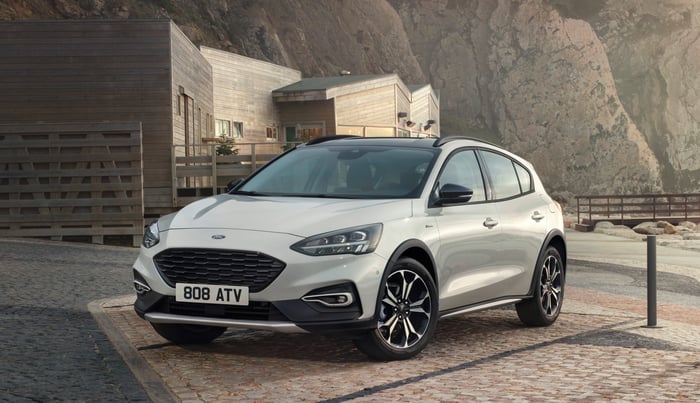 Ford will discontinue most Focus models in the U.S., but an all-new Focus is headed to China and Europe later this year. Image source: Ford Motor Company.

A "milestone" that isn't (quite) just talk

We achieved an important milestone in our "In China, For China" strategy in April. We revealed our new range of next-generation midsize cars, as part of our China 2025 Plan. These vehicles were all developed with the specific needs and wants of Chinese consumers in mind and all will be manufactured locally by Changan Ford.

To be fair, that's actually better news than you might think. One reason for Ford's steep sales decline in China is that Chinese consumers see Ford's products as old news. Nearly all of the global automakers do business in China, alongside a slew of domestic Chinese automakers. With so many companies in the market, there are always new products to consider -- and products that linger unchanged for a few years tend to be left off of shopping lists.

That's the problem Ford is facing now. Its compact Focus was once one of China's best-selling cars, but it sold only about 7,000 last month -- down 48% from a year ago. Compact crossover SUVs are even hotter in China than they are in the U.S., but Ford's Kuga -- the Chinese-market version of the Escape -- managed just 4,119 sales last month. (For comparison, Ford sold 21,383 Escapes in the U.S. in April.)

What the Focus and Kuga (and most of Ford's other China offerings) have in common is that they're several years old. That has hurt their sales and pricing somewhat in the U.S. and Europe, but in the faster-moving Chinese market, the effects have been drastic. Most of the other Ford-brand products sold in China have been hit similarly hard.

That's where the "milestone" comes in. 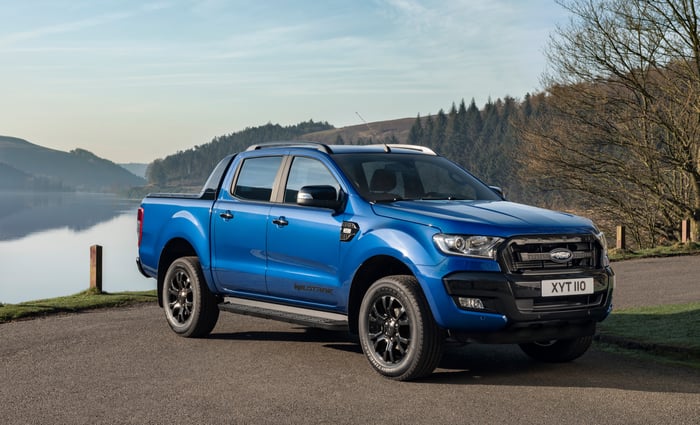 In the next step in its ongoing effort to get Chinese customers interested in American-style pickup trucks, Ford is introducing the off-road-ready Ranger Wildtrak in China. It's already a staple in Australia. Image source: Ford Motor Company.

The beginning of a major product-line overhaul

A key part of Ford's China turnaround plan is a major product-line overhaul. Ford has promised to launch a total of 50 new-to-China products by 2025. The "milestone" is that the first six were revealed at the Auto China 2018 show in Beijing last month:

The all-new Focus was revealed in Europe at about the same time it was shown in China, illustrating its importance to Ford in both markets. The Escort was also new, but the Ranger Wildtrak and the Lincolns had been shown elsewhere before their China debuts. (The Ranger Wildtrak is the top-of-the-line Ranger model in Australia, where the midsize truck has earned a loyal following for its off-road abilities. It may come to the U.S. as a trim option when the Ranger is launched here late this year.) But they're still significant: The all-new Focus, developed in Europe with an emphasis on driving quality, could be a strong contender in China.

And while Escort sales have fallen considerably from their peak, they're still quite high. They could see a jump with the new model, which, like the outgoing Escort, balances a premium feel with un-flashy styling and an affordable price tag. (Yes, un-flashy styling. The Escort is pitched to Chinese consumers who don't want to be seen as ostentatious, but who still want something nice to drive. It's a significant market niche.) 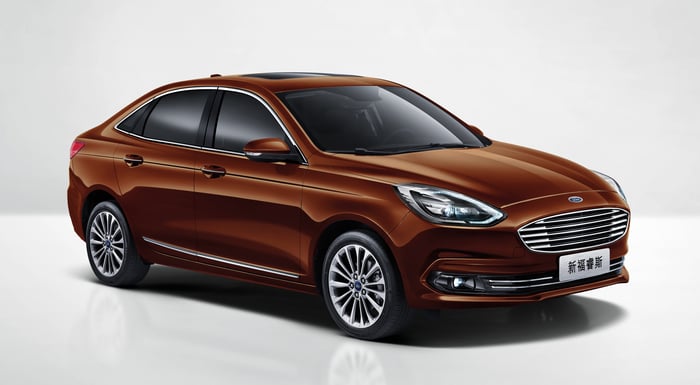 The all-new Ford Escort is a China-only model that occupies an important market niche: a car that is nice to drive, but not ostentatious. Image source: Ford Motor Company.

The upshot: Now we wait

Ford said it plans to produce all of these products locally in China. For the Lincolns, that's a change: All of the Lincolns sold in China now are imported, and thus subject to a steep tariff. Ford will have to share profits on locally made Lincolns with its Chinese joint-venture partner, Chongqing Changan Automobile Company, but the lack of tariffs should translate to enough pricing power to deliver good profits to both partners.

It'll take some time to get these new products to Ford's dealers in China, and some time after that to see whether they will begin to put Ford's sales back on a growth trajectory. Fleet is right to say that showing the products represents a milestone in Ford's China turnaround -- but there are many, many more miles to go.