Telecommunications and broadband provider Liberty Latin America Ltd. (NASDAQ:LILAK) is still dealing with outages in its Puerto Rico operations caused by Hurricanes Irma and Maria in 2017. The lost revenues and costs associated with rebuilding from those disasters overshadowed what otherwise would be been a great quarter for the company.

Here's a rundown of the financial results and operating metrics from the quarter, highlighting the key points for investors. 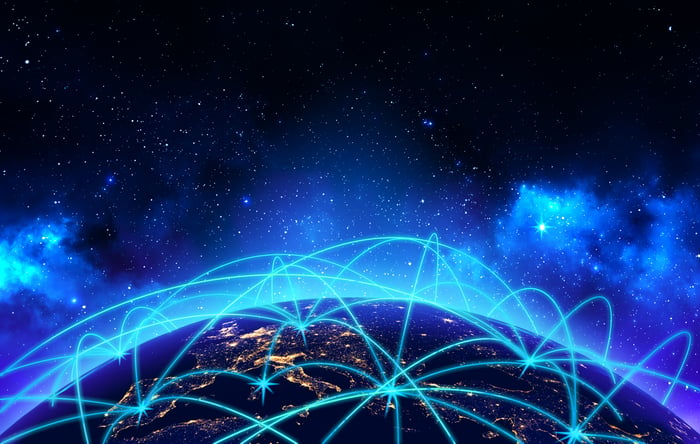 The numbers above don't really reflect how Liberty Latin America did in Q1, so let's dig deeper into the operating metrics to get the full story.

Liberty Latin America continues to improve the infrastructure by which it delivers fixed line and wireless service in the countries it serves. CEO Balan Nair put it this way:

We continue to strengthen the capability and reach of our fixed networks, and have hit the ground running in Q1, remaining on-track to deliver over 250,000 new or upgraded homes in 2018. In addition to developing our fixed footprint, we are focusing on mobile investments across our markets. Our objective is to be the LTE leader, which will position us to capitalize on growth in data demand and convergence.

Providing better services will differentiate Liberty Latin America from its peers, attract new subscribers, and drive pricing power long term. It's hard to see the effects of that pricing power right now due to the lingering disruptions in Puerto Rico and other Caribbean countries, but over time, the impacts should become more visible.

As the year goes on, the issues in Puerto Rico will become less and less of a drag on results. Management has said that it now has 589,000 billable RGUs in Puerto Rico, up from 460,000 in February, though still down from the 804,000 it had in September before the hurricanes hit. But it'll take years to fully recover, and some former customers may never resubscribe.

What's been impressive recently is the growth of RGUs in the C&W and VTR segments. If Liberty Latin America continues to add customers to those businesses -- particularly in fixed line services like broadband -- it will be able to offset the losses in Puerto Rico, and drive its financial results higher.