A stock's current performance isn't always the best indicator of a company's future potential. Nor is the shifting sentiment of investors and analysts the best way to find stocks that will make great long-term investments. For those reasons, it's worth taking a second look at stocks that Wall Street has given up on, just to make sure you're not overlooking some hidden potential.

To help you find a few companies that fit that description, we asked three Motley Fool contributors for stocks that investors shouldn't give up on, and they came back with Verizon Communications (NYSE:VZ), NIO (NYSE:NIO), and AT&T (NYSE:T). 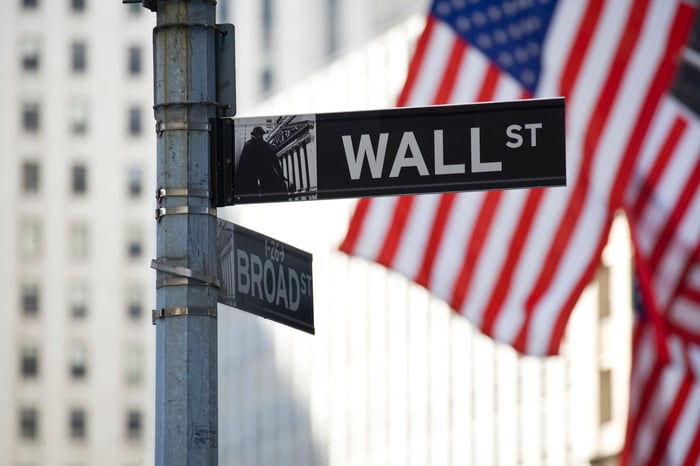 America's top telecom has been lagging

Nicholas Rossolillo (Verizon): After a forgettable end to 2018, the stock market has surged through the first half of 2019. The S&P 500 has logged a 20% advance year to date. Mobile telecom providers -- typically a conservative and boring investment -- have done pretty well, too. AT&T (NYSE:T), T-Mobile (NASDAQ:TMUS), and Sprint (NYSE:S) are up 18%, 25%, and 21%, respectively, so far this year.

Meanwhile, Verizon has been left in the dust. America's largest mobile provider is up a mere 2% as of this writing. Granted, in the last trailing 12 months, it's AT&T that's the laggard, with the communications giant dipping sharply with the market during the fourth quarter of 2018 while the rest of the aforementioned stocks outperformed. And T-Mobile and Sprint are riding high in part on expectations that their proposed merger is nearing final approval. There is some worry that the creation of a new fourth wireless carrier to offset the T-Mobile/Sprint combination -- perhaps a mobile offering from Dish Network (NASDAQ:DISH) -- could hurt Verizon's competitive advantage going forward.

There are other concerns, too, like the fact that the mobile industry is getting mature, which means new line additions are slowing down and aren't providing the bump they did in times past. Revenues and earnings are only expected to grow by low single digits this year, and new 5G networks will take years to come online and begin supporting new technologies. Since it's already the biggest player in its sandbox, there's little in the way of growth for Verizon for the next few years. Wall Street has thus paid little attention to Big Red as of late.

That's OK, though, because this is no growth stock -- and telecoms aren't supposed to be a high-growth industry anymore. Verizon is a buy because of its rock-solid dividend. Currently at 4.2%, that's far better than the 1.9% paid out by the S&P 500 index overall. Plus, one-year forward price to earnings currently values the company at 11.8, a fair price to pay for a slow-and-steady dividend stock. With its operations on solid footing, there's no need to give up on Verizon. It's a solid addition for investors looking for income or those looking for some stability during rocky times.

Daniel Miller (NIO): Wall Street is notorious for its focus on short-term quarterly results -- and often the knee-jerk reactions that go with them. Because of short-term headwinds, Wall Street has certainly soured on NIO, often referred to as the Chinese Tesla. Let's take a look at why Wall Street has left NIO on the roadside and why that could be a mistake.

NIO's stock has slumped roughly 46% year to date thanks to uninspiring full-year 2019 guidance, a softer Chinese automotive market, phasing out of electric vehicle (EV) subsidies in China, as well as NIO's recall of nearly 5,000 of its electric SUVs. But China's EV market has thrived in recent years, and many believe China will be the main battleground for EV companies over the next two decades.

NIO, with a strong brand image, is positioned to carve out its share of the growing Chinese EV pie, and that carving could become easier if the government implements new rules to raise the barrier to entry for EV companies. As China's EV market boomed over the past decade, it culminated in roughly 486 up-and-coming EV companies -- simply too many. China is considering restricting some EV makers that farm out manufacturing, which should create a market with fewer but more competitive and competent companies, a move NIO would certainly benefit from.

Despite NIO's near-term headwinds, consider this: Electric-powered cars are expected to represent 8% of China's passenger vehicle sales in 2020. That figure is expected to jump to 20% by 2025 and up to 68% in 2040. China has a massive pollution problem, and electric vehicles are a real solution to that problem. Wall Street has seemingly given up on NIO, and it has hurdles ahead, but the sheer growth in China's EV market might make it a mistake to give up on the Chinese Tesla so quickly.

Look to this company's second act

Chris Neiger (AT&T): AT&T has been a bit of a disappointment for investors, with the company's stock returning just 4% over the past year compared to the S&P 500's 6% gains. But there's a handful of reasons investors shouldn't give up on this telecom-turned-media company just yet.

The first reason to remain optimistic about AT&T is the company's recent purchase of Time Warner. The massive acquisition gave AT&T control over Warner Bros., HBO, Turner Broadcasting, and plenty of other great video content and streaming rights. That means that as the video streaming wars heat up, AT&T has quickly made itself a key player. The company took on some significant debt to earn that position, but over time, the benefit of all of the video content should outweigh the cost.

Additionally, AT&T is betting big on 5G technology, which is the next step in cellular communication. 5G will bring faster speeds and improved connectivity to devices, not to mention the additional Internet of Things services. The company has plans to launch 5G in 21 cities this year, and once the service goes live nationwide (AT&T says by 2020), AT&T's phone business should start seeing the benefits.

AT&T's shares trade at just nine times the company's projected earnings, and the stock also offers an impressive 6% dividend yield. If you're looking for a stock that still has lots of solid potential to grow from new trends, pays a great dividend, and is priced right, look no further than AT&T.