British supercar maker Aston Martin ( AML ) said that its third-quarter operating profit fell 58% from a year ago, to 10.5 million British pounds ($13.5 million), on weaker sales ahead of the launch of an important new SUV model.

But that was still enough to beat Wall Street's expectations, thanks to the sale of six remakes of an all-time classic Aston Martin model.

Aston Martin reports its results in British pounds. As of Sep. 30, the last day of the third quarter, 1 British pound = about $1.23.

Why Aston Martin's profit fell, and why it beat expectations

Investors had expected Aston Martin's third-quarter profit to fall from the third quarter of 2018, when two brand-new models generated a sales boost. But Aston did better than expected, in part because it delivered the first six (of a planned 19) DB4 GT Zagato Continuation models before the end of the quarter.

These are handmade recreations of an iconic Aston Martin sports car from the early 1960s, priced at 6 million pounds each -- which almost certainly deliver over 1 million pounds of EBIT per car. All 19 cars in the planned production run have been sold; the remaining 13 will be delivered in the fourth quarter, CEO Andy Palmer said. 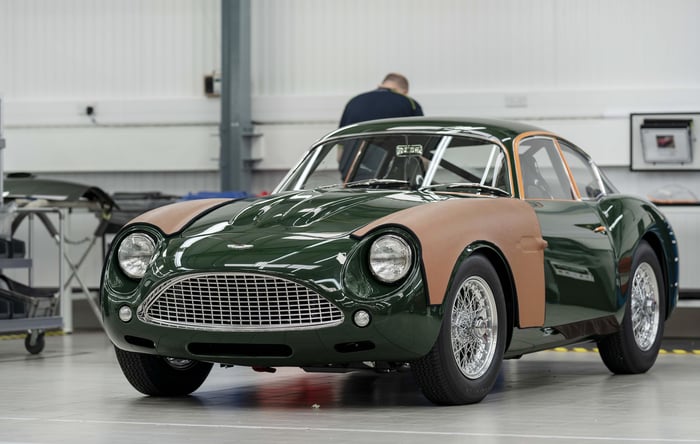 Aston Martin said that it will complete and deliver a total of 19 DB4 GT Zagato Continuation models by the end of the year. Image source: Aston Martin.

What Aston Martin's CEO had to say

In a statement, Palmer made a few important points:

Also of note to investors:

The company lowered its deliveries guidance somewhat for 2019. For the full year, it now expects wholesale shipments to fall below the previous guidance range of 6,300 to 6,500 vehicles as it works to lower dealers' inventory levels, but to come in "within the range of market expectations."

Aston Martin Lagonda's Profit Grew in 2018, but Brexit Looms Over 2019