Sales were up in all regions, thanks to the new V8-powered Vantage sports car.

British supercar maker Aston Martin Lagonda (AML -5.49%) said on Nov. 15 that its operating profit nearly tripled in the third quarter from a year ago, to 25.3 million British pounds ($32.9 million). Revenue increased 81%, to 282.4 million pounds ($367.1 million), on a strong increase in wholesale shipments driven by high demand for the company's latest models.

Aston Martin reports its results in British pounds. As of Sept. 30, the last day of the third quarter, 1 British pound = about $1.30. 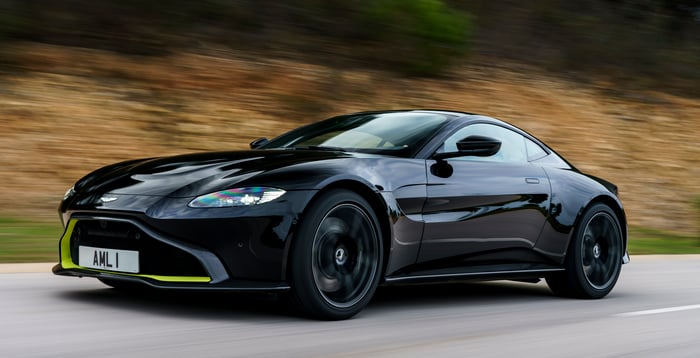 How Aston Martin performed in the third quarter

In a nutshell: Sales were up sharply in all four of Aston Martin's global regions, driven by strong demand for the new-this-year Vantage model, a two-seat V8-powered sports car, and new variants of its mainstay four-seat DB11.

Growth was especially strong in the Americas region, driven by good sales in the United States, and in the APAC (Asia Pacific Australia China) region, helped by a 118% increase in sales in China. The company noted that its sales in China are up 21% year to date, outpacing the 5% growth of China's overall "high luxury sports" market segment. 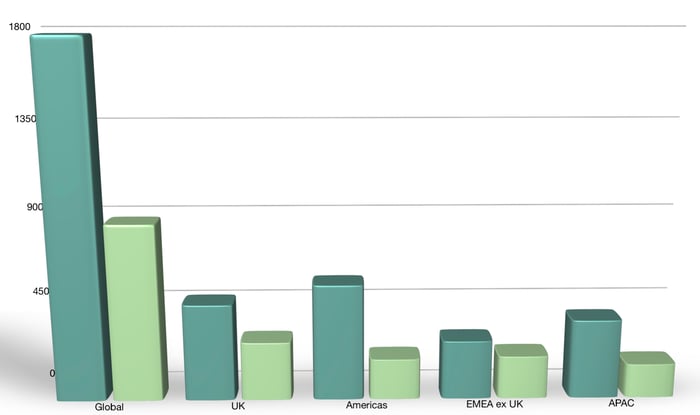 But average selling price (excluding the very limited high-priced "special" models) fell 7% from a year ago, to about 136,000 pounds. The explanation: The new V8 Vantage model is Aston's lowest-priced vehicle; high demand for the Vantage and for a new V8-powered version of its larger DB11 (which is also available in a more expensive V12-powered version) skewed the overall "mix" of vehicles sold, pushing the average selling price downward. That's no surprise -- in fact, boosting sales of V8-powered cars is a key part of CEO Andy Palmer's growth plan.

Aston Martin's capital expenditures in the quarter totaled 71 million pounds. That was down 33% from a year ago, when Aston Martin was working to complete development of the V8 Vantage and new variants of its larger cars.

Update on future products and a new factory

Aston Martin has been working on an all-new SUV, called the DBX. The company said that the first prototype vehicles have been completed and are now being tested. 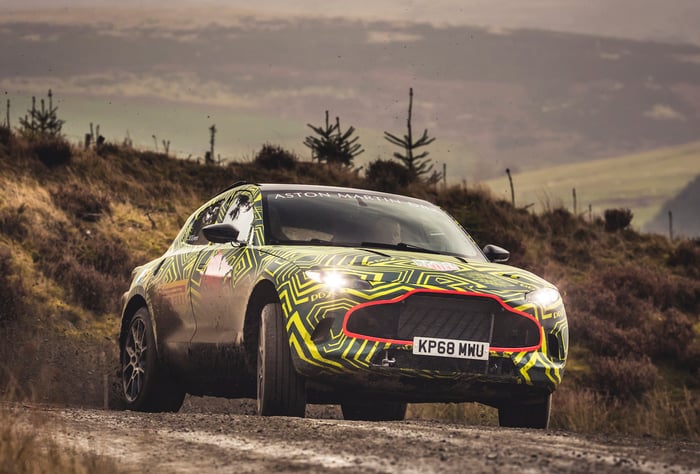 Aston also said that its new factory in St. Athan, Wales, which will build its upcoming range of battery-electric vehicles, is in its final phase of construction and on schedule to begin preproduction in the first half of 2019.

Aston Martin confirmed the full-year guidance it gave earlier in the year. It still expects:

There was one upbeat note: Palmer said that the company now expects its full-year sales to come in near the top of that range.