The results were in line with Aston Martin's upbeat previous guidance. But the company gave cautious guidance for 2019 on concerns about the potential effects of a British exit from the European Union, and its shares fell sharply after its earnings report was released. 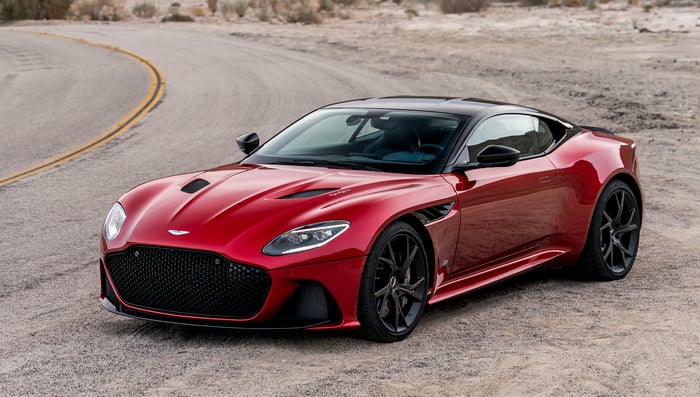 How Aston Martin fared in 2018

2018 might have been one of the most important years in Aston Martin's century-plus-long history. Aston Martin generated all-time-record revenue on a big year-over-year increase in sales, it launched two new core models, it brought two new factories closer to completion -- and it went public.

During the company's earnings presentation, CFO Mark Wilson pointed out more good news. Sales grew year over year in all regions, driving a 20% increase in adjusted EBITDA -- and giving the historically Europe-focused company better global sales balance. In particular, sales were up 31% in China year over year despite that market's slump -- a number that showed the strength of the Aston Martin brand, Wilson said. 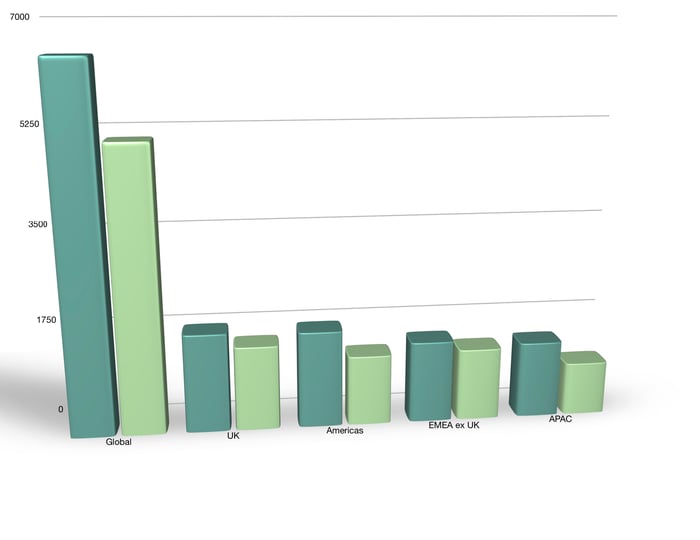 Wilson also noted that return on invested capital, a new metric for the company, was 12.8% despite heavy spending on future products. Like old rival Ferrari (NYSE:RACE), Aston Martin is using high-priced limited-production special models to help boost margin and returns. (Think production runs in the neighborhood of 20 or 30, with seven-figure price tags.)

But unlike Ferrari, Aston Martin's specials aren't all high-tech wonders. On the contrary: Aston Martin's elaborate factory-restoration facility, called Aston Martin Works, has the ability to build brand-new copies of some of its historic models from the 1960s -- and it has been doing exactly that.

So why did the company's nonadjusted earnings fall sharply year over year? The answer has to do with costs related to Aston Martin's initial public offering in October. The company took 136 million pounds' worth of one-time charges related to the IPO, including a 47-million-pound charge for interest on shares that became due when they converted to publicly traded stock, and 61.2 million pounds related to long-term employee incentives granted before the company went public. 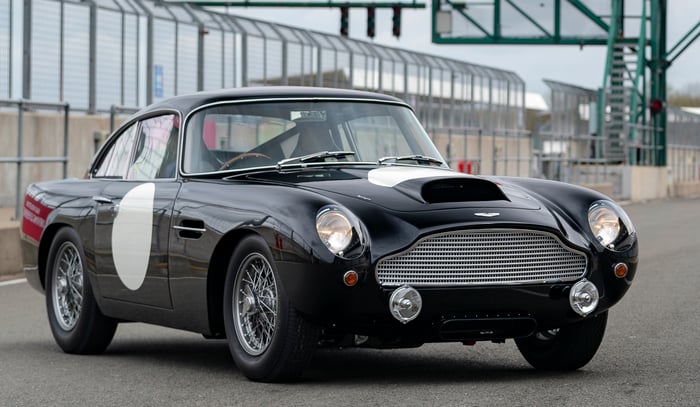 Like rival Ferrari, Aston Martin offers high-priced limited-edition models to its most loyal customers. But while Ferraris are high-tech wonders, Aston Martin sometimes goes retro. The DB4 GT Continuation is essentially a brand-new 1960 Aston Martin for track use. Only 25 will be built. Image source: Aston Martin Lagonda Ltd.

What Aston Martin's CEO said about the year

CEO Andy Palmer noted that Aston Martin's sales in China have more than doubled over the past two years and pointed out that there's still an opportunity for significant further growth in the world's largest new-vehicle market.

While there has been some well-publicised recent softness in the Chinese economy, our new product portfolio and frankly the strengthening of both local team and our dealer network in China, has seen us absolutely buck this trend. Our local team has allowed us to homologate our cars under the new China 6 emissions regulations in December, which has meant that we didn't have to build stock in China in the same way that most of our competitors had to.

Sales of luxury cars have grown 5%, to 495 billion pounds last year. Chinese consumers contributed 33% to the total global luxury spend, with the luxury car segment in China, including the SUV, seeing a record +26% year on year growth. This shows us how important China is as part of our future, particularly when we're about to launch the DBX.

(The DBX is a new Aston Martin luxury-sports SUV that is expected to launch later this year.)

Aston Martin expects further growth in sales in 2019, but its adjusted EBITDA margin could be lower year over year as it ramps up to launch more new models and deals with the possibility of higher costs if the United Kingdom leaves the European Union. For the full year, it currently expects:

Its medium-term targets are unchanged: