It's natural for a stock investor (or a CEO) to hate the shorts. A short is somebody who has borrowed shares of your stock from the brokerage and sold them on the promise that he will buy the shares back in the future. The reason this makes the bulls mad is that if enough people are selling your stock, it will send the share price down, down, down.

Here at the Motley Fool, you can short companies in CAPS, the company's crowd-sourced investment ratings service. If you play that game long enough, you might think the acronym stands for Crush All Penny Stocks. Because that's how you win in CAPS. It's not a good idea to short in real life, in my opinion, because your upside is limited and your downside is infinite.

A really nice phenomenon that will make the bulls cheer is the short squeeze. This is when unexpected good news hits the market and many of the shorts are forced to cover their positions, often at a loss. Robert Pera, the founder and CEO of Ubiquiti (NYSE:UI), is a big owner of his own stock. And he loves to surprise the shorts. 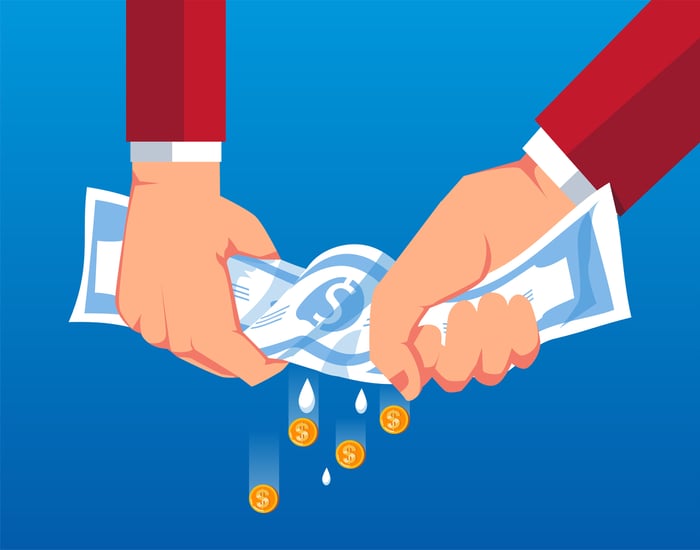 Why Ubiquiti is in this position

Pera owns around 80% of the stock in this company that manufactures wireless data communication products. Of Ubiquiti's public float, 35% is sold short. This is a particularly dangerous short because Ubiquiti is a wonderful company with phenomenal profit margins.

Ubiquiti's net margins are 27%. That's unbelievably high for a tech hardware company. For comparison, Apple (NASDAQ:AAPL) only has margins of 21%.

A couple of years ago, a company called Citron Research announced that Ubiquiti was a "fraud" and that shareholders were in big trouble because the stock was going down. Pera responded on Twitter: "I am consumed with product development and don't have time to entertain accusations from stock manipulators. But, will take questions here."

Citron Research makes money by shorting companies. It relies on FUD (fear, uncertainty, doubt) to scare shareholders into abandoning a company. Citron doesn't just short companies it dislikes; it cranks up the hype machine and tries to get the media to go negative on the company as well.

Ubiquiti is an easy company to attack because it's unconventional and nonconformist. For instance, if you're selling hardware to companies, typically you hire a salesforce. The salespeople go to the companies and try to get them to buy your equipment. That's how you sell networking gear, right?

We do not employ a traditional direct sales force, but instead drive brand awareness through online reviews and publications, our website, its distributors and the company's user community where customers can interface directly with R&D, marketing, and support.

This lack of a salesforce is a major cost-cutting device that is responsible for the company's high margins and low prices -- and (probably) also its high short interest. That's not how things are supposed to happen! What about playing golf with CEOs and buying them dinner? There's none of that. Ubiquiti relies on word of mouth among techies. It encourages people to ask questions on the company's website where the engineers can respond (and also learn about the problems customers are having).

Pera used to work for Apple (NASDAQ:AAPL). That's one thing that jumps out at you when you look at Ubiquiti's products: how cool the designs look. It's a lot of white and black. It looks like Apple's stuff. That's intentional. The idea is to get people excited and coming back for more. You'd almost call this company Apple Jr. except for one big difference: Ubiquiti's offerings are cheap. When Ubiquiti enters a market, it usually undercuts everybody on price. This makes customers happy, especially since Ubiquiti's stuff is often superior to what its competitors are offering.

The war on the shorts

Ubiquiti's response to the short attack was to go dark. The company stopped communicating with analysts. Normally a CEO reports to the shareholders and gives a frank discussion about the company's business. The analysts ask questions and management answers them. But Ubiquiti hasn't done that in a year. It just drops its earnings on the market, often without warning.

On Nov. 9, the stock shot up an amazing 36%. Ubiquiti's profit margins were high, as always. Its growth was mediocre; top-line growth was 14%, and bottom-line growth was 14%. There were no major surprises in the quarter. So why was the market reacting so strongly?

The most likely explanation is that the company engaged in a massive share buyback, squeezing the shorts and causing a lot of them to panic and get out. Nobody knows for sure, of course. But it's a reasonable explanation because (1) short interest is high and (2) Ubiquiti loves to buy back its shares.

Share buybacks are very beneficial to shareholders. In the most recent quarter, while the earnings growth was 14%, the earnings-per-share growth was 23%. Why are those two numbers different? It's because the number of shares is shrinking, which makes the remaining shares more valuable.

Consider what a bad short this company is. Ubiquiti is unorthodox but highly profitable. It's churning out lots of cash, and it's using that cash to buy back shares. It's not sitting down and discussing its business, so information is scarcer than normal. And you have no idea when the next earnings will be released.

For investors willing to stomach a little volatility, this is a wonderful stock. It's up 79% over the last year, up 196% over the last two years, and up 600% over the last five years. Sure, it's an unconventional company, but shareholders have no complaints. And revenue growth for the entire industry should start to escalate with 5G upgrades.