Transportation companies might be the backbone of an economy, but stocks in the sector don't always get the attention they deserve, partly because of the "boring" nature of the business. 2019, however, proved to be a great year for the sector if the performance of the SPDR S&P Transportation ETF is anything to go by. The ETF, also among the top transportation ETFs with exposure to every industry within the sector, has returned a handsome 21.7% return in the past one year.

That's not to say every industry within the sector is booming. On the contrary, trucking, railroads, and shipping companies are facing different kinds of challenges, not limited to a weakening freight market, a steep fall in coal shipments, and trade tensions. So if I were to buy transportation stocks now, I'd look at companies operating in other industries, like Delta Air Lines (NYSE:DAL) and United Parcel Service (NYSE:UPS). Here's why these airlines and logistics stocks are my top transportation picks now.

UPS to gain from rival's pain

Transportation stocks broadly include companies that move goods, from raw material to finished, from one place to another. Logistics companies, therefore, form an important link. E-commerce's potential rise, in particular, offers a lot of promise for logistics companies like United Parcel Service.

Of late though, e-commerce giant Amazon.com (NASDAQ:AMZN) has emerged as a major threat to the traditional logistics companies thanks to its own foray into delivery and logistics. But where things stand now, Amazon is causing bigger troubles for UPS's rival FedEx (NYSE:FDX), making the former an interesting stock to own. 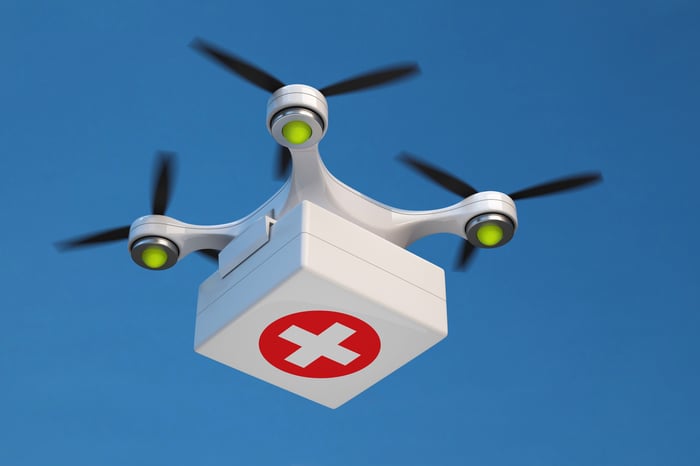 FedEx shares took a hard hit in 2019 after the company broke off ties with longtime partner Amazon. FedEx, which was still serving third-party sellers on Amazon, received another huge blow in December when Amazon barred such sellers from using FedEx Ground for its Prime shipments during peak shopping season citing performance concerns. Meanwhile, Amazon's partnership with UPS is intact so far, giving the latter an undeniable edge over its rival.

For the nine months through September 2019, UPS reported 6.7% growth in revenue from its largest segment, U.S. Domestic Package. During the company's third-quarter earnings release, CEO David Abney even went on to say how he sees "significant near-term benefits to both top- and bottom-line results in the U.S. and continued momentum into the future." With UPS recently projecting record holiday shopping shipments for 2019, including an estimated 26% year-over-year surge in shipments on 'National Returns Day', Abney's projections could hold true.

In another interesting development, UPS Flight Forward -- a wholly owned drone-focused subsidiary of UPS -- recently became the first company to get the Federal Aviation Administration's approval to operate a "drone airline", removing any limit on the number of drones the company can use. UPS has already swung to action, having completed more than 1,500 commercial drone deliveries to WakeMed Hospital. UPS has also struck a deal with CVS Health, one of the world's largest healthcare companies.

In the near term, FedEx's expected loss of market share -- thanks to its feud with Amazon -- to UPS could propel UPS shares higher. In the longer term, the company's expansive global reach, first-mover advantage in drone deliveries, and steady cash flow and dividend growth are just some of the factors that could pave the way for growth.

Delta Air Lines' fourth-quarter numbers have just come in, and they've topped the company's own projections. In fact, in CEO Ed Bastian's words, 2019 has turned out to be the best year "in Delta's history operationally, financially and for our customers."

Delta now expects 5%-7% growth in year-over-year revenue for the next quarter and reiterated its 2020 earnings projections of $6.75 to $7.75 a share. The airline is also generating plenty of cash, with its adjusted free cash flow (FCF) hitting $4.2 billion in 2019. Management is confident of generating similar FCF in 2020 and return 70% of it to shareholders. That should help the stock dole out among-the-best-in-sector dividend yield – the stock currently yields 2.7%.

2020 should also see the launch of Delta's strategic partnership with LATAM Airlines, which is expected to give Delta a huge headway in Latin America. The airline also plans to grow its Airbus A220 and A321 fleet this year even as it retires its aging MD88 fleet. Delta's strong operational performance and a judicious mix of innovation, investments in upgradation of fleet, and partnerships in emerging markets makes it a top airline stock to own now.