Please ensure Javascript is enabled for purposes of website accessibility
Log In Help Join The Motley Fool
Free Article Join Over 1 Million Premium Members And Get More In-Depth Stock Guidance and Research
By John Rosevear – Updated May 5, 2020 at 1:27PM

The automaker will report on Wednesday amid an unprecedented crisis.

General Motors (GM -5.08%) will report its first-quarter 2020 earnings before the market opens on Wednesday, May 6. What should auto investors look for?

Wall Street analysts polled by Thomson Reuters expect GM to post a profit, but a small one. They are looking for adjusted earnings of $0.33 per share, down from $1.41 in the first quarter of 2019. (Adjusted earnings exclude one-time items.)

How GM's U.S. sales fared amid the coronavirus 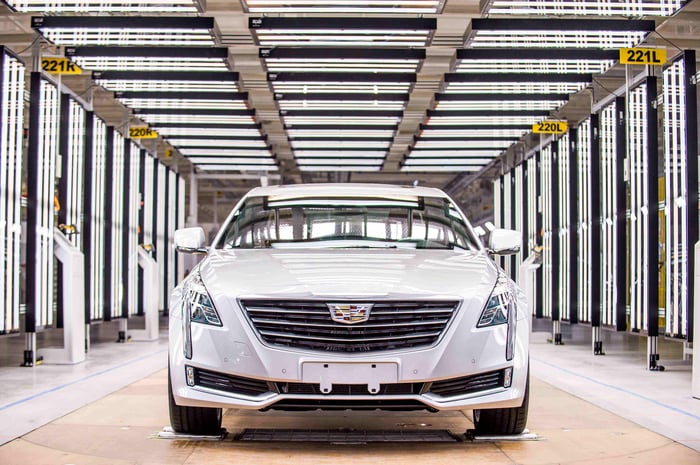 How GM performed in China, where the virus struck earlier

How GM has bolstered its balance sheet since the outbreak began CEO Mary Barra has put idled factories to work making supplies to fight the pandemic. But she hasn't yet said when GM expects to return to building cars and trucks in the U.S. Image source: General Motors.

What to expect when GM reports tomorrow

Perhaps more important under the circumstances, I'm hoping to hear that GM has ample liquidity to ride out the pandemic while keeping its key future products on track.

I'm also hoping to hear that GM and the United Auto Workers have agreed on a plan to reopen U.S. factories soon. GM is believed to be aiming to reopen its North American factories during the week of May 18, but the UAW has yet to say that it's on board with that plan.

Mostly, I expect Barra and her team to reassure investors that the company is in good shape, and that it expects to ride out the pandemic without too much damage. We'll find out tomorrow morning.