Please ensure Javascript is enabled for purposes of website accessibility
Log In Help Join The Motley Fool
Free Article Join Over 1 Million Premium Members And Get More In-Depth Stock Guidance and Research
By Lou Whiteman – May 13, 2020 at 9:03AM

The stock has been beaten down, but Boeing just completed one of the year's largest debt offerings. Is now the right time for investors to board?

The pandemic has caused air travel demand to crater, and has sent airlines scrambling to cut costs. The carriers have grounded significant portions of their fleets, and have curtailed growth plans. That means falling demand for Boeing planes.

Boeing had been counting on robust new plane sales to fuel growth, and the pandemic has dramatically altered the company's outlook for the next few years. In response, Boeing has gone into crisis mode, cutting its own costs and going to the markets to raise $25 billion in fresh debt. That bond sale was oversubscribed, indicating that while equity investors are concerned about the near-term prospect for Boeing, debt investors are still confident in the company's future. 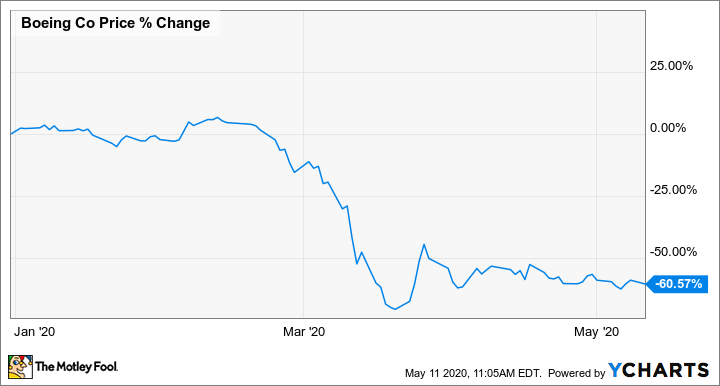 Boeing shares are definitely less expensive than they were a few months ago. But are they a good buy?

The bond sale helps. A lot.

As recently as last month, there was reason to worry about Boeing's viability. The company burned through $4.7 billion in the first quarter and has eliminated its dividend, and was potentially facing onerous terms to accept funding from the government. Boeing had a robust order book and a fair amount of cash on its books, but it was also facing nearly $10 billion in debt maturities through the remainder of the year and has a massive $13 billion term loan that matures in early 2022.

There is also no quick way to end the cash bleed. Boeing will burn through billions until the 737 Max is recertified and cleared to fly, allowing the company to start making deliveries on the planes it has stockpiled during the grounding and begin to reduce the cash penalties and added expenses that have come with managing that grounded fleet.

The debt offering changes everything, giving Boeing $40 billion in cash and nearly $10 billion in untapped credit lines. That's enough to allow the company to forgo government funding, providing it with added flexibility and allowing it to avoid issuing the government warrants. And even assuming none of that debt coming due by 2022 can be refinanced in this climate, and that the Max faces further hiccups, Boeing should still stay at or around $10 billion in cash on hand over the next three years, a rough minimum the company would like to have.

As importantly, the fact that the offering was oversubscribed reinforces Boeing's attractiveness to credit markets and should make counterparties and lenders on other debt more willing to work with the company. Boeing has added more than $1 billion in annual interest payments, which will eat into earnings for some time, but the extra cash should allow it to prop up suppliers and even offer incentives to win new business. A month ago, such actions were unthinkable.

The headwinds are not going away

Boeing's going to need the cash, as the downturn ahead looks severe and long lasting. Airlines are not going to be buying planes in bulk for years to come, and that is going to weigh on Boeing's results.

"Our industry is going to look very different as a result of this pandemic and the economic impact it has had on airlines and schedules around the world," CEO David Calhoun said on a late-April call with investors. "We believe this industry will recover, but it will take two to three years for travel to return to 2019 levels and it will be a few years beyond that for the industry to return to long-term growth trends." 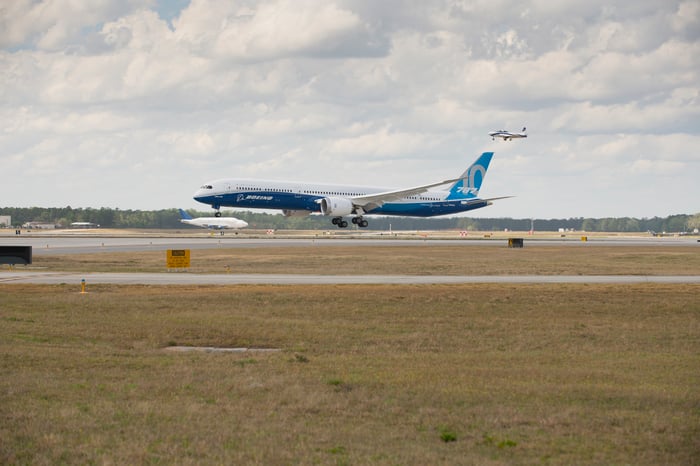 Boeing had a lot of issues even before the pandemic. At launch, the 737 Max was expected to be one of the top-selling aircraft of all time, but the grounding and subsequent investigation has instead changed how the company is viewed. In the past year we've seen embarrassing details about Boeing's culture revealed, which has led to Boeing leaders being grilled by lawmakers about safety.

In December, the company fired CEO Dennis Muilenburg in an attempt to start anew, but in Calhoun replaced Muilenburg with someone who has helped oversee Boeing, and its culture, as a board member since 2009.

Boeing believes it can have the Max flying again by the third quarter, but the plane may not ever be the hot-seller it was once projected to be. Boeing reported the cancellation of 150 orders for the 737 MAX in March, and ended the first quarter with net cancellations across the portfolio of 119 planes.

Elsewhere in the portfolio there are issues as well. Boeing had already planned to decrease production rates for its larger 787 Dreamliner in 2021, and its 777X has been plagued by development delays and risks entering service as demand for large planes is waning. In April, Boeing walked away from a $4 billion deal to take control of Embraer's commercial business, saving it much-needed cash in the near-term but creating a large hole in its portfolio.

Boeing has taken a lot of positive steps in recent weeks that should help it weather the downturn. The company is not going away, and the share price drop was possibly overdone. I think it is possible we're past the bottom for Boeing shares and the stock could drift slowly higher in the weeks and months to come, especially if the overall market continues to be resilient.

Boeing also has a major defense business, which although significantly smaller than commercial, has won a few key programs lately that should help fuel earnings in years to come. And despite the near-term issues, I agree with Calhoun's assessment that commercial will recover, eventually, and Boeing as part of a duopoly with Airbus will one day benefit.

That said, all those potential catalysts are still a long way off. For now, Boeing remains a troubled company with a questionable culture. And the pandemic-related sell-off in stocks have created other buying opportunities in aerospace, both on the defense and commercial side.

I see no reason to buy Boeing shares today.