Please ensure Javascript is enabled for purposes of website accessibility
Log In Help Join The Motley Fool
Free Article Join Over 1 Million Premium Members And Get More In-Depth Stock Guidance and Research
By Todd Campbell – May 28, 2020 at 1:10PM

Analyst comments in Barron's are weighing on the motorcycle company today.

Shares of Harley-Davidson (HOG -2.71%) lost 5% of their value in early trading on Thursday after Wedbush analyst James Hardiman was quoted in Barron's warning lower used motorcycle prices could weigh down demand. As of 12:30 p.m. EDT, shares had recovered to a 3.7% decline.

The consumer discretionary company is a goliath in motorcycle manufacturing and sales, but revenue has been hamstrung by COVID-19-related increases in unemployment, and according to Hardiman, weak pricing for used models suggests the company's road to recovery could be longer than some might think. 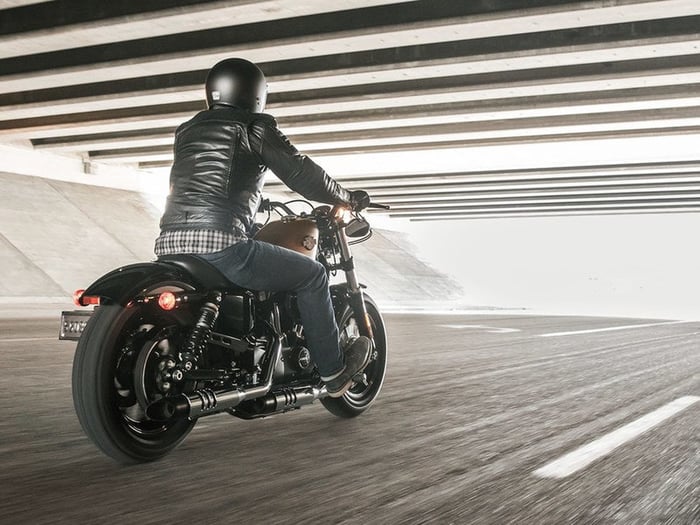 According to Barron's, Hardiman reiterated a neutral rating on Harley-Davidson on Wednesday, citing troublesome pricing trends, including prices for 2019 models that are 13% below manufacturer's suggested retail price. One year ago, the discount on new bikes was 8%. Hardiman also highlighted pricing is even worse for models from 2017 and earlier, potentially increasing credit risk at Harley-Davidson Financial Services, the company's financing arm. Lower trade-in values could contribute to sluggish sales this year since many buyers are repeat customers, according to Hardiman.

Harley-Davidson's first-quarter conference call offered shareholders few green shoots. Unit sales declined 17.7% year over year to 40,439 because of a 15.5% decline in the U.S. and a 28.4% decline in Europe, the Middle East, and Africa, or EMEA. That translated into an 8.1% year-over-year dip in revenue to $1.1 billion and a decline in net income to $69.7 million from $128 million in the same quarter last year.

The lackluster performance prompted management to remove its full-year financial guidance and cut its dividend over 90% to preserve liquidity. Given uncertainty over how quickly motorcycle volume can recover, and risk that a second wave of COVID-19 could emerge, Hardiman is maintaining a price target of $19 per share for the company, or about 20% lower than shares are trading currently.