Please ensure Javascript is enabled for purposes of website accessibility
Log In Help Join The Motley Fool
Free Article Join Over 1 Million Premium Members And Get More In-Depth Stock Guidance and Research
By Keith Noonan – Jun 3, 2020 at 7:37AM

The media conglomerate posted big gains in April and May, but its stock is still down roughly 48% year to date.

Shares of ViacomCBS (NASDAQ: VIAC) climbed 20.2% in May, according to data from S&P Global Market Intelligence. The media stock got a boost following the company's earnings release early in the month, and continued to rise in conjunction with momentum in the broader market. 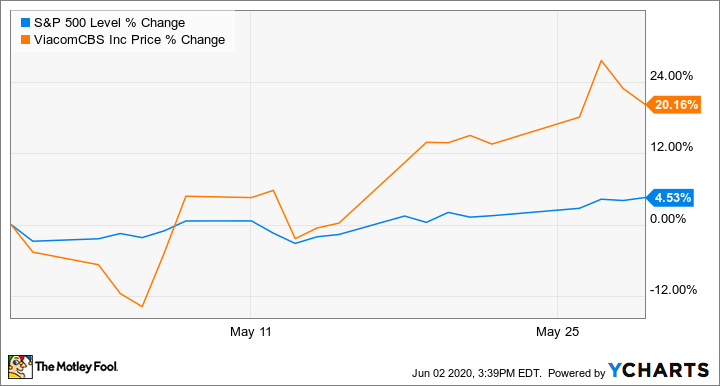 ViacomCBS exceeded market expectations with its first-quarter earnings results, which it posted on May 7. The company posted non-GAAP (adjusted) earnings per share of $1.13 on revenue of $6.67 billion. Revenue for the period came in ahead of the average analyst estimate for sales of $6.57 billion, and profit significantly surpassed the average target for earnings per share of $0.94. 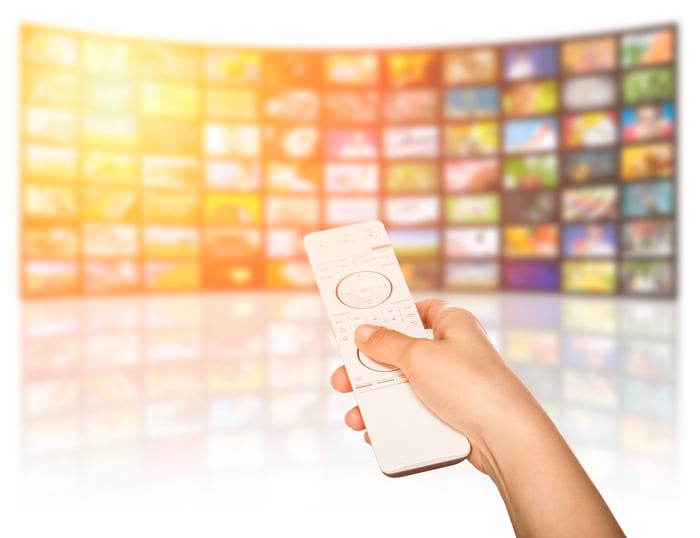 First-quarter revenue was down 6% year over year, and earnings fell 23% compared to the prior-year period, but earnings still came in ahead of the market's expectations. The beat was paired with news that the company had signed an expanded partnership with Alphabet's YouTube unit, extending distribution for content from channels including CBS and the CW and bringing 14 new channels to the video streaming platform's live television and on-demand services.

The company's big gains last month came on the heels of a 23.2% jump for the stock in April.

ViacomCBS stock has continued to increase in the first few days of June, with shares up roughly 5% so far. 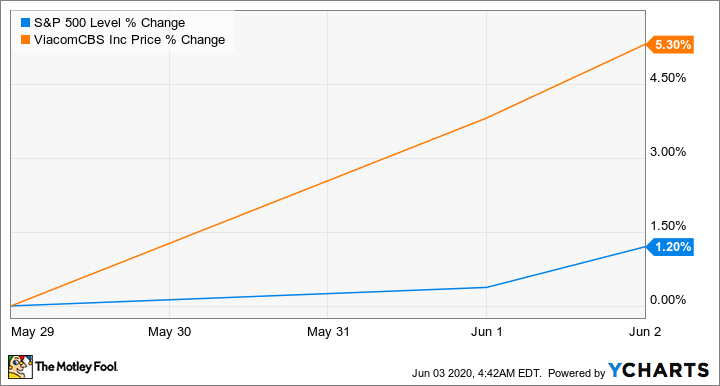 The media company has faced major headwinds as a result of the novel coronavirus disrupting sporting events and other entertainment productions. ViacomCBS has declined to issue forward guidance due to uncertainty created by the crisis, but entertainment companies are charting plans to move forward with content production in the near future, and the stock has rallied since bottoming out in March.

ViacomCBS trades at roughly 5.8 times the average analyst target for this year's earnings.

These 3 Stocks Are the Best Bear Market Buys