Please ensure Javascript is enabled for purposes of website accessibility
Log In Help Join The Motley Fool
Free Article Join Over 1 Million Premium Members And Get More In-Depth Stock Guidance and Research
By James Brumley – Jul 2, 2020 at 8:51AM

The streaming ad industry has come up with some very cool tools in very short order.

In late February, I wrote an article that suggested that Comcast (CMCSA -3.62%) -- parent to NBCUniversal and ultimate owner of new streaming service called Peacock -- was in a league of its own in terms of next-generation advertising technology. It didn't look like any other streaming media name would be able to catch up.

I may have been wrong. Just within the past few days, Roku (ROKU -0.67%), Tubi, and Walt Disney (DIS -3.20%) division Hulu all unveiled new technologies that will make the most of their ad-supported streaming platforms.

Beyond the threat to Comcast, though, the arrival of these three much-needed tools suggests we're nearing the pivot point for streaming video as a mainstream advertising platform. 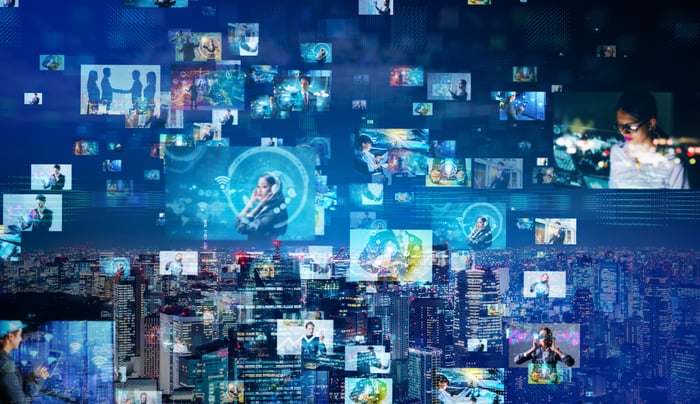 It's not a dynamic that needs much in the way of explaining. Advertising via conventional cable may be one-directional and scattershot in its impact, but the industry has had decades to refine the model. Conversely, despite the detailed, digital consumer profiles each streaming platform should be able to develop about their subscribers, which will allow them to deliver highly targeted ads, the process is still mostly a mess. For example, Conviva's State of Streaming report for the first quarter of this year indicated that 46.3% of all ads that were supposed to air during streaming videos failed to play, up sharply from Q4's 36.5% failure rate.

It looked as if NBCUniversal's One Platform was going to become the yardstick by which all other streaming advertising platforms would be measured. Unveiled in February, the Comcast-owned company's ad-buying platform not only provides more granular data about the consumers watching its programs, it integrates with data-collection tools created by TV-ratings veteran Nielsen (NLSN -0.07%) as well. Given that NBCUniversal also owns a cable-like streaming service in Peacock, Comcast was my odds-on favorite to take the lead in this new segment of the television advertising market.

Perhaps I spoke too soon.

New toys at the right time

The event was Interactive Advertising Bureau's NewFronts 2020 conference, meant to showcase all the latest and greatest developments within the world of digital marketing. Some powerhouses within the business came prepared to please.

Roku's highlight was its new OneView ad-buying service that lets marketers reach around 4 out of every 5 U.S. households one way or another. Roku Reserve allows advertisers to plug into just the top 1% of ad-supported channels, limiting their spending to the best of the best, most proven, and most understood audiences.

Tubi, now part of Fox Corp. (FOX 0.46%) (FOXA 0.56%), revealed a tool that limits how many times a particular consumer will see a particular ad. As the company's official announcement explained, "Tubi's advanced technology scans every piece of creative that comes in from various demand sources to identify and compare the brand and campaign in order to make a determination for delivery," going on to say "[ad] buyers gain confidence that their intended exposure is never duplicated from their media buys with aggregators and ad networks."

Perhaps the coolest tech to be showcased at this year's NewFronts event, however, came from Walt Disney's Hulu. Called GatewayGo, it displays on-screen QR codes that send viewers to e-commerce pages using the smartphones they're likely holding in their hands while they watch television.

Most of these new tools also play nicely with Nielsen.

In short, advertisers now have lots more measurable, savvy alternatives to Comcast's One Platform when it comes to getting the most known bang for their television media bucks.

As for which company is going to become (or remain) the top dog in this space, my money's still on Comcast. It's got huge cable and broadband customer bases, access to the content libraries of NBC and Universal, and Peacock certainly looks like the ad-subsidized cheap alternative to full-blown cable that consumers have been waiting for. As it turns out, people don't mind a few ads now and then. A Deloitte study conducted last year found that, on average, TV watchers were OK with around 7 to 8 minutes worth of TV commercials per hour of viewing. Much of the work the industry has done of late has simply focused on getting the most out of those 8 minutes.

The technology that makes that happen, however, isn't quite the point any longer. The big takeaway for investors is the creation and convergence of all these technologies at a time when ad-supported video on demand (AVOD) is starting to become mainstream. Investors would be wise to keep their fingers on the pulse of this paradigm shift. Up for grabs is the roughly $70 billion advertisers spend every year in the United States alone, most of which is still directed toward conventional cable.