Shares of Chinese electric-vehicle maker Kandi Technologies (NASDAQ:KNDI) soared in trading on Wednesday afternoon, after the company announced that it will launch two of its vehicles in the U.S. next month.

Kandi America, the company's U.S. subsidiary, said on Wednesday afternoon that it will launch two models in the United States at a virtual event on Aug. 18. Interested customers will be able to put down a refundable $100 deposit at that time, the subsidiary's CEO, Johnny Tai, said. 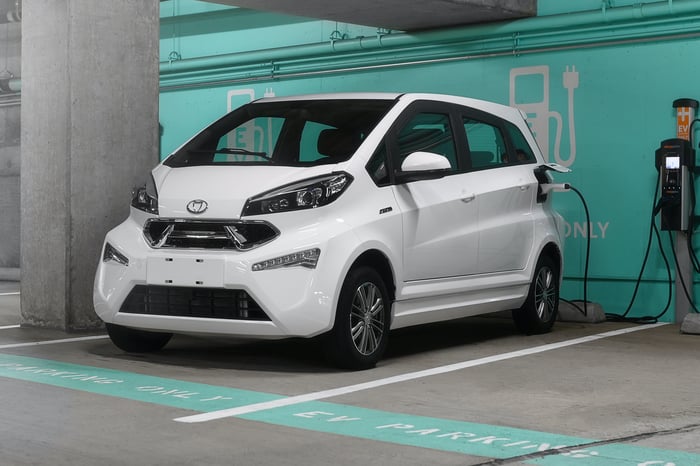 Kandi's K23 will be priced at about $30,000 before incentives when it launches in the United States next month. Image source: Kandi Technologies.

Kandi America is headquartered in Garland, Tex. The company's sales efforts will focus initially on the Dallas/Fort Worth area, it said. 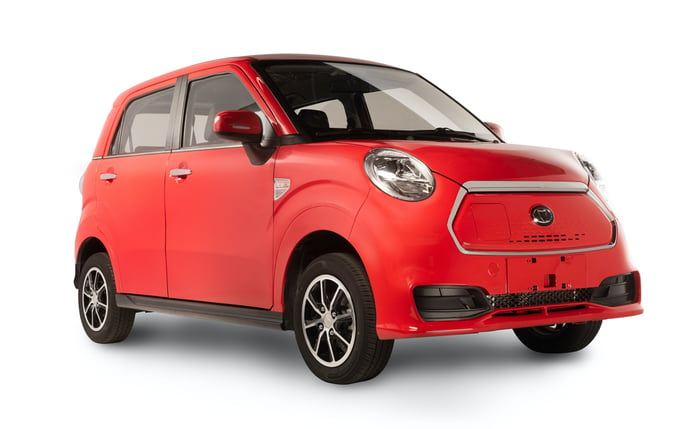 The small K27 will be priced at about $20,000. Image source: Kandi Technologies.

It's hard to know what auto investors should make of this news. On the one hand, any U.S. sales will be more than Kandi has made here so far; on the other hand, the vehicles -- particularly the K23 -- seem priced somewhat high for what they offer.

Consider that Nissan's Leaf and General Motors' (NYSE:GM) Chevrolet Bolt both offer better range than the K23, nationwide service networks, and high build quality for just a few thousand dollars more than the K23. And consider that other automakers, including giant Volkswagen, are expected to launch competitive models in this price range over the next couple of years.

Would you buy a Kandi over a Bolt or a Leaf? I'm not sure how many Americans would.

While I think Kandi investors are right to be excited about the news, I suspect their expectations might be unrealistic given the competitive landscape and Kandi's pricing. Investors eyeing the stock should probably tread carefully for a while.