Nintendo appears to be intent on adding microtransactions to its 3DS games. However, its half-hearted approach has upset gamers and investors alike.

During a presentation of a new 3DS game called Rusty's Real Deal Baseball, the company highlighted a new take on microtransactions -- price haggling. Half of the game, where the player plays the role of the batter, is free. 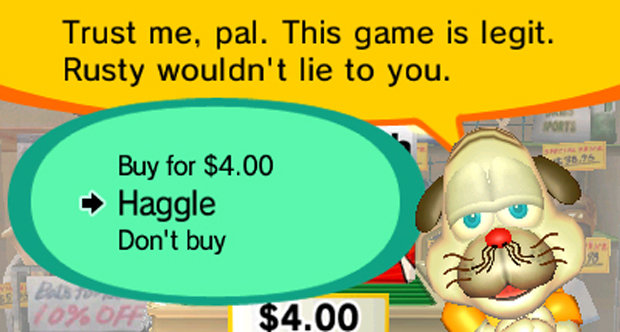 Does this look like fun to you? Nintendo thinks so. (Source: Shacknews.com)

However, gamers who want to play the other modes, which feature umpire and ball-catching modes, have to pay an additional $4. Yet that price isn't fixed -- gamers can talk to Rusty or offer him in-game items to "significantly" lower the price. In other words, gamers can work toward a better deal or pay a fixed price to avoid the hassle.

I have no idea why Nintendo thinks this experiment is a good idea. Microtransactions are widely hated by gamers, and adding a haggling element to them seems needlessly insulting. Moreover, it seems like a hypocritical half-step toward launching free-to-play games, which Iwata had just mocked earlier this month as being "free to start."

Square Enix's Bravely Default, a full-priced $50 3DS game that was released in the U.S. earlier this month, surprisingly includes $1.50 microtransactions. In the game, players can slow or freeze time using "Sleep Points" for extra powerful attacks. To store sleep points, gamers have to leave their 3DS in sleep mode. However, $1.50 allows users to buy more points instantly. It's the exact same strategy that Zynga (ZNGA) employs with Farmville and other social/mobile games. 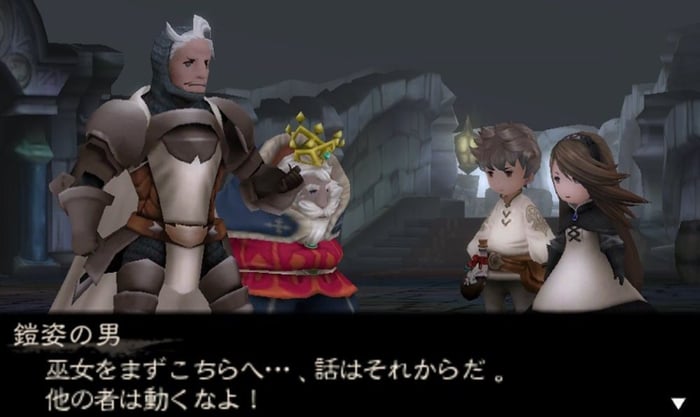 However, the obvious difference is that games like Farmville are free to play, while Bravely Default already costs $50.

Square Enix has already been harshly criticized for its use of microtransactions. Final Fantasy: All the Bravest, an Apple (NASDAQ: AAPL) iOS and Google (NASDAQ: GOOG) Android title, received a dismal Metascore of 25% on review aggregator site Metacritic, due to its overuse of expensive microtransactions in the game.

Unfortunately, instead of walling the 3DS off from these types of games, Nintendo loosened its rules two years ago and guaranteed that "trustworthy" developers would be able to add approved microtransactions to their games. 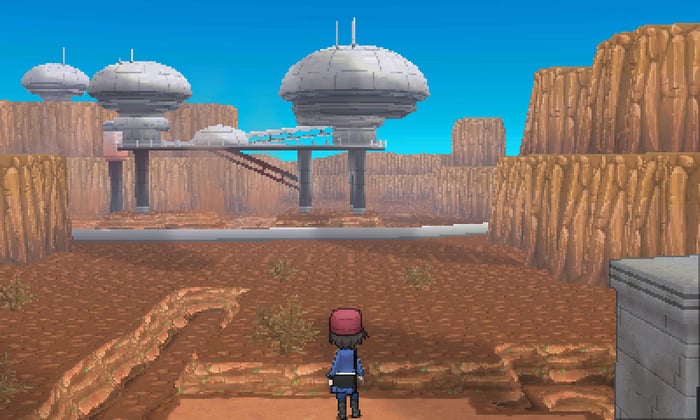 Nintendo and many of its 3DS developers are erroneously comparing 3DS titles to mobile games. That comparison doesn't hold up. As I discussed in a previous article, very few mobile games cost more than $7, and most of them are either free or cost less than $2. The idea is that casual gamers will play these titles for free, while more hardcore gamers will pay more money to progress faster.

Unfortunately, that tiered pricing system cripples games. Whereas gamers could previously pay $40 and enjoy a full experience, they are now forced to wait to restore "energy" simply so the developer can ask them if they want to pay for a quick refill. It's insulting and shatters the flow of the game -- it's like being let in to watch a movie for free, only to have the movie paused for 30 minutes every 15 minutes as the usher walks up and down the aisles with a collection plate to restart the film.

However, Nintendo investors expressed dismay that the game didn't really include microtransactions in the traditional sense of the word -- it was really just a demo that encouraged gamers to spend $10 to unlock the premium version of the game.

Investors expected a submarine collecting game that peddles better submarines to players via microtransactions, while gamers disliked the fact that it was a bizarre half-step between a demo and a full-featured game.

Many of the same criticisms were levied against Rusty's Real Deal Baseball. Stockholder Kenneth Wagner notably stated, "The point of free-to-play games is to get the people who like them to spend thousands of dollars. You don't make the game cheaper for them -- that's just throwing away money."

The bottom line
In closing, Nintendo has pointlessly jumped into the arena of microtransactions and DLCs without thinking things through. Sales of 3DS games are healthy, and the 3DS is still the best-selling console of the current generation with 42.9 million units sold worldwide.

Adding microtransactions and DLCs simply puts Nintendo in the same category as Sony (SONY -1.37%) and Microsoft (MSFT 0.13%), and not in a good way -- both companies have been harshly criticized for introducing nearly game-breaking microtransaction systems in Gran Turismo 6 and Forza 5, respectively.

While it's true that Nintendo needs a new strategy to offset its respective 70% and 25% reductions in Wii U and 3DS sales in 2014, pursuing microtransactions could cause the company to lose gamers rather than win them over.

What do you think, fellow gamers? Is Nintendo playing with fire with its half-hearted microtransactions strategy? Let me know your thoughts in the comments section below!