They believe that mobile games could offset Nintendo's decline in revenue and net income, which respectively fell 8.1% and 29.9% year-over-year during the last nine months of fiscal 2013. Releasing mobile games could also soften the blow of the company's respective 70% and 25% reductions in Wii U and 3DS sales forecasts for fiscal 2014.

Is this Nintendo's future? (Source: Appfunda.com)

While selling Mario games for $0.99 on Apple's App Store or Google Play might indeed generate short-term revenue growth for Nintendo, mobile games could be an unsustainable business model for the company as well as the entire video game industry.

Let's take a closer look at three major ways mobile games are slowly eating away at the heart of the video game industry, and why it's actually wise, and not stubborn, for Nintendo to steer clear of this market.

That's simply not true. The top-selling 3DS game is Pokemon X/Y, which sold 10.45 million units globally. Assuming a retail price of $40 per unit, X and Y (which are two versions of a single game) generated at least $418 million in sales. Meanwhile, the top-selling iOS and Android game of 2013 was Mojang's Minecraft: Pocket Edition, which sold 33 million units at $6.99 each.

Although Minecraft sold more than triple the number of copies, the game only generated roughly $231 million in sales. To Nintendo, that possible short-term boost in sales simply isn't worth the risk of diluting its flagship brands, Angry Birds-style, across multiple mobile platforms.

The problem is that mobile games can never be priced the same as console titles. iOS and Android gamers simply aren't willing to fork over $40 to $50 for a mobile game, no matter how full-featured it is. 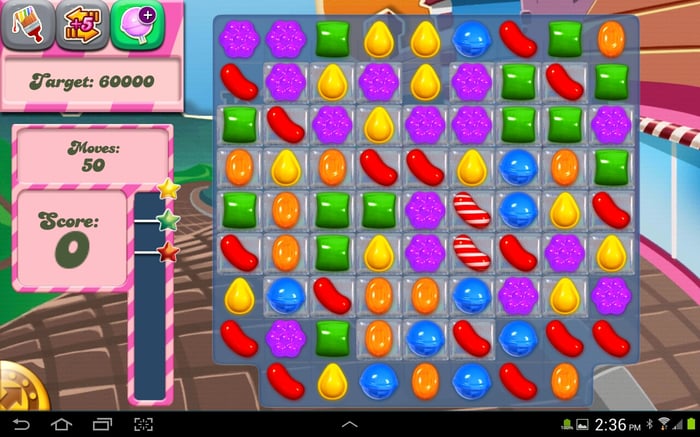 As a result of lower prices and lower expectations, the quality of individual games has fallen and developers have become less creative. Developers often throw a fresh layer of paint on a proven concept -- King's Candy Crush is clearly a clone of Bejeweled, and Gameloft's Despicable Me: Minion Rush is just a cuter version of Temple Run.

This kind of thinking has bled over to the console world as well -- plenty of games released annually are simply tired clones of Take-Two's (NASDAQ: TTWO) GTA and Activision Blizzard's (NASDAQ: ATVI) Call of Duty.

2. 'Free to play' and the nightmarish world of microtransactions
That leads to our second problem -- the "free to play" business model that Nintendo CEO Satoru Iwata recently criticized as merely being "free to start."

The starting price for mobile games, whether free or a few dollars, is often deceiving. Casual gamers will be content with playing for a few minutes per day for free, but hardcore gamers will buy extra energy, time, lives, or bonuses with real cash (known as microtransactions) to play for longer periods. The amount of money some of these hardcore gamers, which game makers affectionately call "whales," can be staggering -- Zynga (NASDAQ: ZNGA) once reported that some gamers spent over $10,000 per year on its virtual goods.

On paper, this looks like a better business strategy than Nintendo's "buy once and play forever" model. After all, Electronic Arts' (NASDAQ:EA) mobile games division, which accounts for 15% of its top line, posted an impressive 26% year-over-year jump in sales last quarter using the microtransactions model.

In practice, however, the approach can be predatory and destructive to the video game industry. For example, EA's recent free-to-play remake of Dungeon Keeper (1997) for iOS and Android devices was harshly criticized for ruining a fun game with microtransactions. In the original 1997 title, a gamer could construct a dungeon within minutes -- in the new version, the gamer's ability to build is throttled to a crawl, and can only be sped up through in-game purchases of time-saving gems. 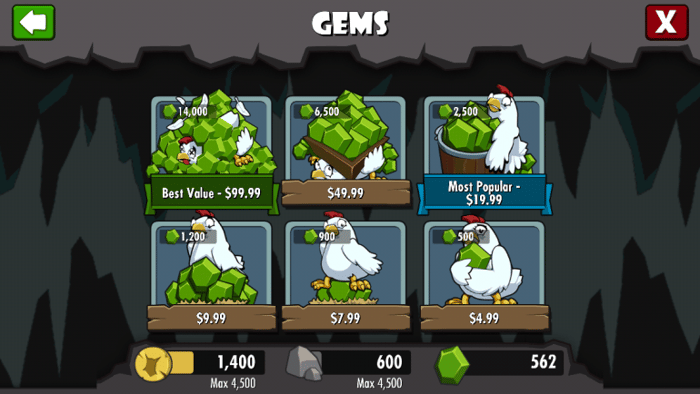 It's a familiar business model to many mobile gamers, but it has also frustrated those who loved the original game, including the game's creator, Peter Molyneux. In a BBC interview, Molyneux stated, "This is ridiculous. I just want to make a dungeon. I don't want to schedule it on my alarm clock for six days to come back for a block to be chipped."

The looming problem is that microtransactions are no longer restricted to the mobile world -- they have infected PC and console games as well. Leading games like Take-Two's GTA V, Activision Blizzard's Call of Duty: Ghosts, and ZeniMax's upcoming Elder Scrolls Online all include in-game transactions, to the chagrin of many players.

3. Paying to win
Nintendo, at least, has been unwilling to dive headfirst into the microtransactions market, and for good reason -- this business model causes games to become "pay to win" rather than skill-based experiences.

Activision Blizzard's Diablo III was harshly criticized because it added an in-game auction house that allowed gamers to buy rare loot with real money. This was a radical departure from the first two games, in which gamers had to grind for hours to obtain rare items from fallen enemies. The outcry against the auction house was so great that Blizzard formally apologized for the feature, which will be shut down later this month.

Call of Duty: Ghosts players recently called the Maverick A2 Sniper Rifle, a weapon added in the Onslaught DLC ($15), a "pay to win" weapon since it was much more powerful than the available weapons in the base version of the game. 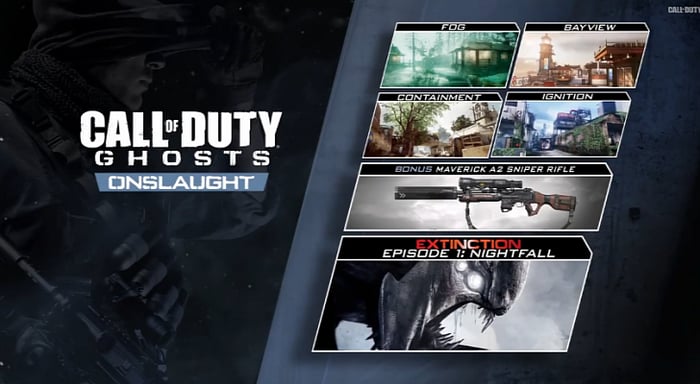 In the world of MMORPGs (massively multiplayer online role playing games) and other multiplayer games, the free to start/pay to win business model is even more destructive. Games like Runescape, Age of Empires Online, and Need for Speed World are often called pay-to-win experiences, in which the gamer that purchases more premium items will always defeat the player equipped with free or cheaper items.

Therefore, it's easy to see why Nintendo's experimental microtransactions strategy, which I discussed in a previous article, more closely resembles a traditional shareware/demo business model than the more profitable one employed by Activision Blizzard and Electronic Arts.

The bottom line
In this jungle of cheaper games, microtransactions, and pay to win strategies, Nintendo has taken the ethical high road -- it's unwilling to tarnish a player's overall gaming experience with payment-baiting delays and overpowered items. For now, some of Nintendo's investors are frustrated that the company isn't following in EA's footsteps -- but I have doubts that EA can push gamers much farther without provoking a major backlash.

Imagine if Nintendo released the original Super Mario Bros. for free on mobile platforms, then forced the player to either wait 24 hours to recharge their energy after every level or spend $0.99 on some coins to instantly advance. Or better yet, unskilled gamers can simply buy a Mega Mushroom from New Super Mario Bros. for $0.99 to stomp through the level unopposed.

Nintendo doesn't think that sounds fun, and neither should any real gamer.

What do you think, fellow gamers? Are mobile games slowly ruining the video game industry with their nickel-and-diming ways? Let me know in the comments section below!